In Hungary, Viktor Orban′s favorite mayor goes on a shopping spree | Europe | News and current affairs from around the continent | DW | 25.10.2017

Lorinc Meszaros is no ordinary mayor. He runs a village in Hungary. He also owns publishers, hotels, a nuclear engineering firm and a bank. His shopping list is believed to be written by Prime Minister Viktor Orban. 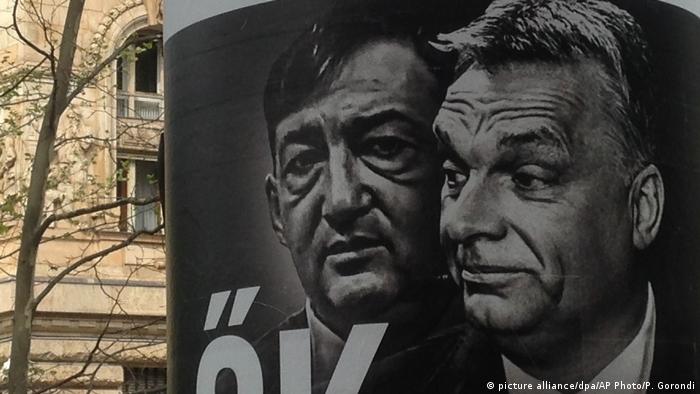 The stock price of Opimus Global Nyrt., the owner of Hungary's biggest media empire, has been rising steeply and steadily. Shares bought for 40 Hungarian forints a piece (€0.13) last December, are now worth 328 forints, an eight-fold increase. The company belongs to Lorinc Meszaros, the most important go-between for the leadership of Fidesz, the party led by Prime Minister Viktor Orban which has governed Hungary since 2010.

The value of the shares started growing as news spread that Meszaros had become the official owner. Nowadays his name guarantees a successful business venture in Hungary. Hungarian journalists and opinion makers who requested anonymity have agreed that parts or all of his investments are intended for the prime minister and his family in the long term and that at least some of his success has come thanks to favorable conditions from the state. There have also been cases of properties changing hands between Meszaros and the Orban family.

Meszaros's businesses only really became successful after a falling out between the prime minister and Lajos Simicska, the former treasurer of Fidesz, who had been a close friend of Orban's since his youth. Since Simicska, once the country's most successful businessman — at least in terms of winning public procurements between 2010 and 2015 — fell out of favor, Meszaros's companies have become the best performers in Hungary's business landscape.

When asked about the secret of this economic miracle, Meszaros listed three factors that he said led to the increase of his fortune: "God, luck and Viktor Orban."

Among the wealthiest Hungarians

Meszaros is the mayor of Felcsut, the village where Viktor Orban grew up. For many years, he worked as a gasfitter. In 2006, the one company he owned was worth less than €33,000 ($39,000). Last year, his wealth was estimated at €7.8 million. Earlier in 2017, a popular publication that lists the "richest Hungarians" estimated that his wealth exceeded €390 million, making him the fifth-richest Hungarian — and this was before his companies' shares started soaring. The main source of Meszaros's incomes is the Hungarian national budget. He is the greatest beneficiary of public procurements, be it for implementing projects in the construction sector or supplying mineral water to state-owned companies.

Last year the companies associated with Meszaros won tenders worth €740 million, in some cases as part of consortiums.

His oldest company, Meszaros es Meszaros Kft. — whose main focus used to be gasfitting — has emerged as a quasi-permanent contractor for EU-funded investments: It is constructing a bridge over the Danube that connects Hungary with Slovakia, for €92 million, but the same company was also in charge of building a football stadium in Felcsut, right next to Orban's holiday home. (Meszaros happens to be president of the village's football academy, which is housed in the stadium. The Puskas Football Academy was founded by Viktor Orban in 2005; its football team made has only played in the country's premier league for seven years.)

Aside from the construction industry, Meszaros has also entered the world of media: His company Opimus bought Mediaworks, the firm that managed the closure of the renowned opposition daily Nepszabadsag. Now most of Hungary's regional newspapers are under his control. He also bought the television station Echo TV from another Orban ally, Gabor Szeles.

In addition, last year he acquired Hunguest, the largest Hungarian hotel chain; most of the camping sites around Lake Balaton; two ski resorts next to the Austrian town of Murau; and the Croatian FC Osijek football team. Furthermore, his publically traded firms have gained a majority stake in the Hungarian subsidiary of the Czech nuclear power engineering company KralovoPolska Ria (KP Ria). This company is one of the international partners of Rosatom, the Russian state-owned energy giant that is set to build the Hungarian nuclear power plant Paks II. With that, Meszaros appears to have become a major beneficiary of the biggest investment project in Hungary to date, for which the Russian state has provided a loan worth €10 billion. 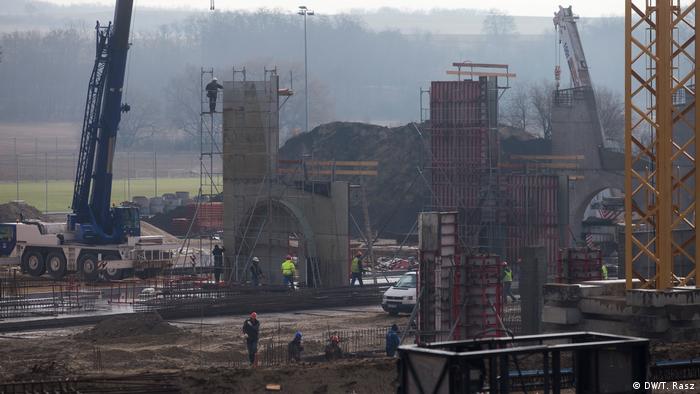 A new hotel for Felcsut's football academy is being built

The growth of the Meszaros empire is not only driven by public procurements, there are also numerous partly or fully state-owned banks that are happy do business with him. Eximbank, Granit Bank, the then state-owned MKB, the B3 Takarek as well as NBH (the latter is owned by Tamas Szemerey, the cousin of the Central Bank president) have provided him with loans at favorable terms that enabled Meszaros to invest in a wide range of companies while limiting risk. These companies have, in turn, produced rapid profits. His mineral water company Vivienviz, for example, in its first year of operation received an order worth €1 million from the state-owned railway company, which is the same amount he paid to acquire the company.

He also bought MKB, the fourth-biggest bank in Hungary. MKB became a state-owned enterprise in 2014, after its previous owner BayernLB ran into trouble during the economic crisis and was thus forced to sell it. Following the venture, the Hungarian state stabilized the bank, which was heavily hit by the crisis, cleared it of its toxic assets and sold it to investment funds. These funds have since resold their stake, and now 45 percent of the bank belongs to Meszaros, while another 30 percent is owned by Tamas Szemerey and the former vice-president of the Central Bank.

MKB is a major creditor of Meszaros's investments. Hungarian regulations don't prevent the beneficiaries of a loan from acquiring parts of the credit-issuing financial institution.