In Germany, the Importance of Being Formal | Culture | Arts, music and lifestyle reporting from Germany | DW | 02.11.2007

In Germany, the Importance of Being Formal

Germans are said to be overly formal and reserved and their language reflects it. Knowing when to use the "Sie" or "du" forms may be difficult for outsiders, but communication experts say there's a subtle logic to it. 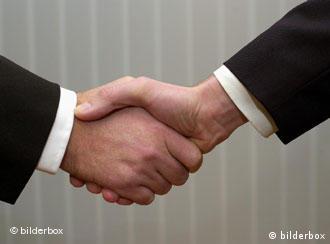 Like many European languages, German offers its users a choice of two singular forms of "you" -- the formal Sie or the informal du. Yet unlike some of its European neighbors whose languages also have two forms of the second person forms of address, like Denmark or the Netherlands, Germany has not fallen into the habit of ignoring the formal in the name of keeping pace with the unceremonious nature of the modern age.

As with many things German, there are some hard-and-fast rules in place to govern when one should use which form of address. Rules, which Susanne Hellbach-Grosser, a communication trainer, says are fairly straightforward.

“In a private situation, it’s age that counts,” she said.

At a social event for example, it would be considered impertinent for a 30-year-old to address somebody 20 years senior using du. 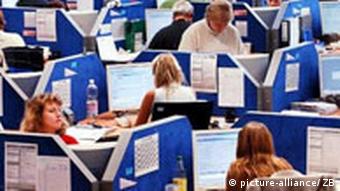 Rank before age at work

In a professional context, however, the adage of respecting one’s elders doesn’t necessarily stand.

“At work, rank trumps age and gender,” Hellbach-Grosser said, adding that if two people share a rank, they would be expected to address one another formally until the one who had served the company longest suggested otherwise.

The fact that the use of formal address is still so widespread across Germany is testimony to a belief that it is a good way of showing respect and defining barriers and relationships. And that, says Lis Droste, who teaches etiquette, can be particularly beneficial in the work place. 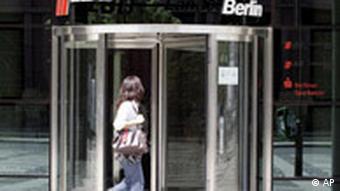 “If bankers refer to one another as du, they start to feel more relaxed and their general level of language become sloppy,” she said. “That doesn't make a good impression on the customers.”

But why, as long as the staff are doing their job and being friendly, should the customers care how bank staff address one another?

Hellbach-Grosser says the buddy-buddy approach simply goes against the grain for many Germans.

“We grow up saying ‘Sie’,” she said, "it's what people feel comfortable with."

Warmth in the formal approach

Fact is, a Sie relationship, be it private or personal, offers those in it the security of clear boundaries. But that doesn't mean they can't be just as fulfilling and warm as more informal friendships.

“Take the example of my children’s friends,” Hellbach-Grosser said. “I can’t say du to them forever while they say Sie to me.” So, once they’ve graduated from high school, she switches to formal address, but insists that nothing changes in the relationships besides the variety of "you" she uses. 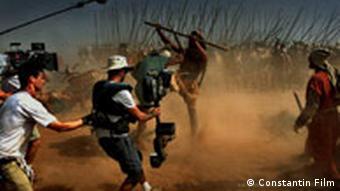 Filmsets are notoriously informal places to be

But not everyone takes the same approach with the younger generation anymore, and many would agree that the lines between du and Sie are beginning to blur. Trendier companies in fields such as film production, Internet and advertising often view the formal form of address as an anachronism which has no place in their offices. Yet by the same token, informality doesn’t always wash either.

Stefan Beyer, who works in the film business, says some people use du as a way to force an intimacy which doesn’t exist. “It can be like hugging someone you don’t want to hug,” he said. When Beyer finds himself in this situation, he simply rolls out a cut-throat Sie and the seduction game is over.

Could Germany live without Sie?

For the likes of Beyer, the Sie form is an invaluable little gem which can speak volumes in just three letters, but for others it's just a nuisance to have to weigh up when to use which 'you'. 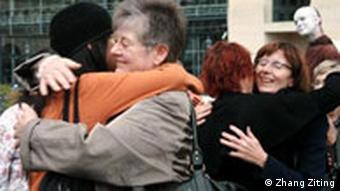 The Internet is littered with du versus Sie forums and many of the young people who contribute to them would be happy to see the total abolition of formality in the German language.

But Droste doesn't think it's a change that the wider population will have to embrace any time in the near future.

"Polite address is so deeply engrained in our language, that I just can't imagine Sie ceasing to exist."

Wednesday, Sept. 26, marks European Day of Languages. DW-WORLD.DE spoke with linguistics professor Wolfgang Schulze about the difference between a language and a dialect and the reasons why many tongues die out. (26.09.2007)

When in Rome do as the Romans and when in Germany...you get the point. Here are some ways to avoid committing a faux pas while in Germany. (01.06.2007)

Do you think it benefits a language to have a formal and informal form of address? Please include your name and country in your reply.