′In Germany, such a violation is not even punishable′ | Europe| News and current affairs from around the continent | DW | 19.05.2017

'In Germany, such a violation is not even punishable' 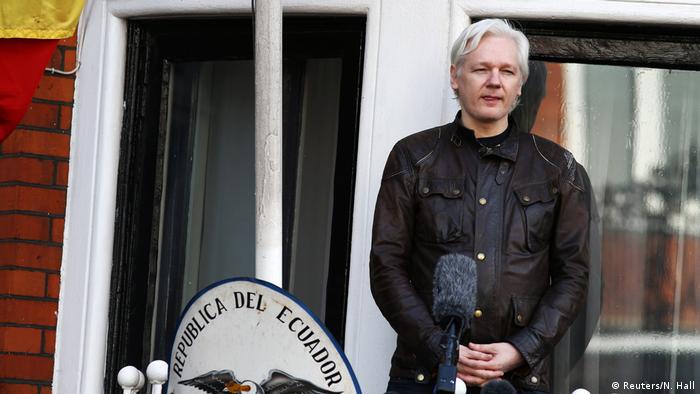 DW: Swedish prosecutors have dropped their inquiry into rape allegations against Wikileaks founder Julian Assange. That also voids an international arrest warrant. London's Metropolitan Police say they will arrest Assange should he leave the Ecuadoran embassy. On what grounds?

Nikolaos Gazeas: So far, the justification has been that in Britain there is still an outstanding warrant for Mr. Assange's arrest. That warrant is based on the charge that Assange violated the bail conditions of his suspended sentence by failing to appear before a magistrate on June 20, 2012, the day after he entered the Ecuadoran embassy. That is a punishable crime in Britain. And that is why police have been ordered to arrest Assange as soon as he leaves the Ecuadoran embassy. It remains unclear whether the United States is also attempting to have Assange arrested or extradited. 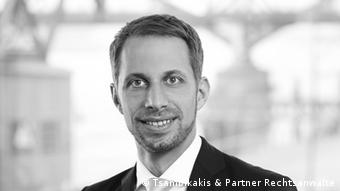 Nikolaos Gazeas is an expert on international criminal law in Cologne

For nearly seven years, Assange's freedom of movement has been extremely limited - especially the five years he spent in the very confined space of the Ecuadoran embassy. Is Britain's stance proportionate in your view?

I think the arrest warrant for this particular violation of British law is disproportionate. The gravity of the charge is minimal. British law dictates a fine for such a violation or, at the very most, three to a maximum of 12 months in prison. Until now, the accusation had been that of rape, a very serious crime. That is no longer the case. Now we are dealing with a violation of court guidelines. In Germany, such a violation is not even punishable by law. As far as I know, Mr. Assange has no criminal record either. His exile in the Ecuadoran embassy has had lasting ramifications, but that still does little to change the fact that this case has a low criminal threshold. Thus, the crime he is alleged to have committed would not likely result in serious punishment. Therefore, I would say that, on balance, a warrant for Assange's arrest for such a minor offense seems disproportionate in light of the extremity of the situation in which he has been living for the last seven years.

It remains unclear whether the United States will seek Assange's extradition. Nevertheless, Assange fears being extradited to the US. Just last month, CIA Director Mike Pompeo described WikiLeaks as a "nonstate hostile intelligence service." What legal tools does the US have at its disposal for pursuing Assange?

The US has a wide range of instruments at its disposal. The crimes that are being referred to are similar to those that Chelsea Manning was accused of: serious crimes, such as theft of state secrets or other violations of the Espionage Act. We know that Chelsea Manning was sentenced to 35 years in prison – although she was recently released because former President Barack Obama commuted her sentence during his last week in office. The most interesting thing about the current situation is - at least according to media reports - that the US has yet to file any official charges. No one knows whether any are being prepared. But, considering Attorney General Jeff Sessions' recent declaration that Assange's arrest was a priority, I would be very surprised if the US suddenly dropped legal proceedings against him. He has been portrayed as far too great an enemy of the state for that to happen. One must also take into account the Trump administration's general hostility toward the press.

The only thing that is certain at this point is that a new extradition treaty between the United States and Great Britain has been in effect since 2006. An extradition requires an extradition request. In all likelihood such a request has yet to be made, and an extradition request cannot be made before a formal criminal charge exists. But there is also another important aspect unique to extradition law: The US and Britain have an agreement on so-called provisional arrests. Accordingly, both countries are obliged to provisionally detain a person upon request, even in instances when a formal extradition request has yet to be filed. I am convinced that, should Assange leave the embassy grounds, the US would make such an arrest request. It is also quite possible that British authorities already possess such a request and have come to a quiet agreement with their US partners. In any case, it would not come as a surprise if they had. Such an arrest can happen very quickly. It is not something that has to go through formal diplomatic channels. If necessary, it could be something as simple as someone from the US Department of Justice picking up the telephone and asking a responsible party in Britain to provisionally arrest Assange, and then sending the paperwork after the fact.