Julian Assange pledged earlier this month to accept extradition to the US if Chelsea Manning were set free. Now that Manning's prison sentence has been commuted, Assange says he'll "stand by everything" he said. 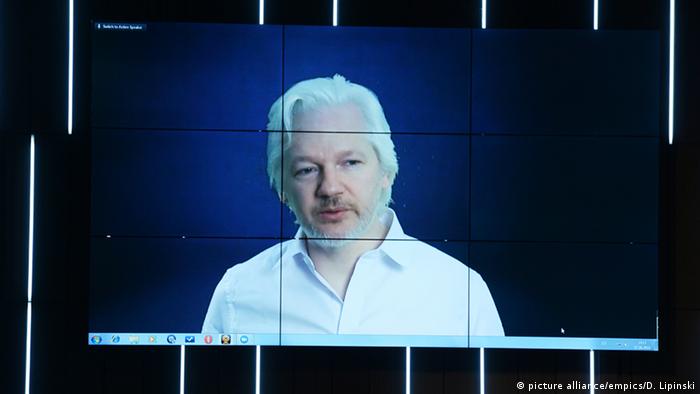 Wikileaks' founder Julian Assange said in a live audio news conference that he was still prepared to travel from London to the US to face investigation, provided his rights were protected.

"I stand by everything I said including the offer to go to the United States if Chelsea Manning's sentence was commuted," Assange said.

On Wednesday, US President Barack Obama commuted Manning's 35-year sentence. The former army intelligence analyst, who leaked thousands of classified documents to Wikileaks in 2010, will now be released on May 17.

Obama denied that the commutation was granted because of Assange's offer one week earlier. Rather, he said Manning had served a tough prison term and that justice had been served.

Manning, who was born male and known as Bradley Manning at the time of her arrest, revealed soon after being convicted that she identifies as a woman. The transgender soldier has already served nearly seven years in an all-male military prison, where she has twice attempted suicide.

Assange: 'Willing to go to US'

Assange, a 45-year-old Australian national, has been holed up at Ecuador's London embassy since 2012 to avoid extradition to Sweden to face sexual assault charges. He says the allegations are politically motivated and intended as a stepping stone to extraditing him to the US, which has also threatened to prosecute him over the massive 2010 document leak.

Leaving the confines of the embassy - which is legally sovereign Ecuadorian territory - would almost certainly result in his immediate arrest by British police and eventual extradition to Sweden or possibly the US.

When asked if he would now hand himself over to the authorities, Assange said he would travel to the US only if his rights were guaranteed. He also said US authorities should drop their case against him.

"This is a case that should never have occurred," Assange added. "We look forward to having a conversation with the DoJ (Department of Justice) about what the correct way forward is."

Chelsea Manning, who is serving 35 years in prison for leaking classified files to WikiLeaks, is asking the Obama administration to commute her sentence to time served. Her lawyers say the punishment is far too harsh. (15.11.2016)

Prosecutors have been questioning WikiLeaks founder Julian Assange at the Ecuadorean Embassy in London. Investigations are linked to allegations that Assange committed sexual misconduct in Sweden in 2010. (14.11.2016)