In Germany, electric cars struggle to get into gear | Business | Economy and finance news from a German perspective | DW | 26.12.2020 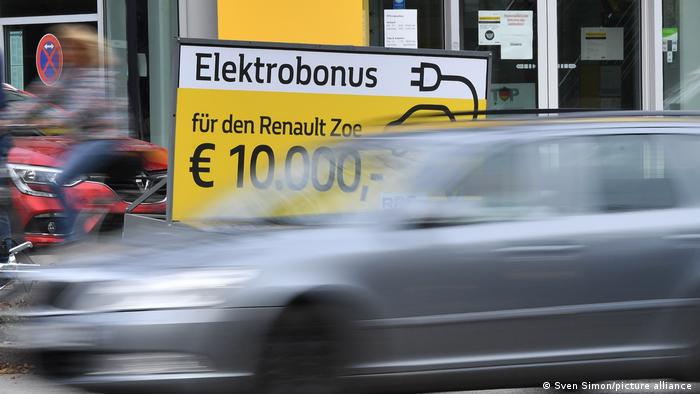 Buyers of new electric vehicles in Germany are being offered premiums, but the technology still faces challenges

"For the car industry, COVID-19 will stick around longer than the virus does," Ferdinand Dudenhöffer, the head of the institute CAR-Center Automotive Research at Duisburg University, told DW.

Dudenhöffer was alluding to Germany's rapidly rising public debt amid the coronavirus pandemic. He believes the money needed to pay off that debt will long be lacking in other areas of the economy. "The car industry will be weak in Europe for some time to come," he said.

Pressure on the industry was growing even before the outbreak of the pandemic. Electrification and digitization require a lot of investment. Carmakers have been reacting by shedding jobs and introducing cost-cutting measures. Meanwhile, customer confidence is being increasingly undermined as people wonder what kind of car to buy next. 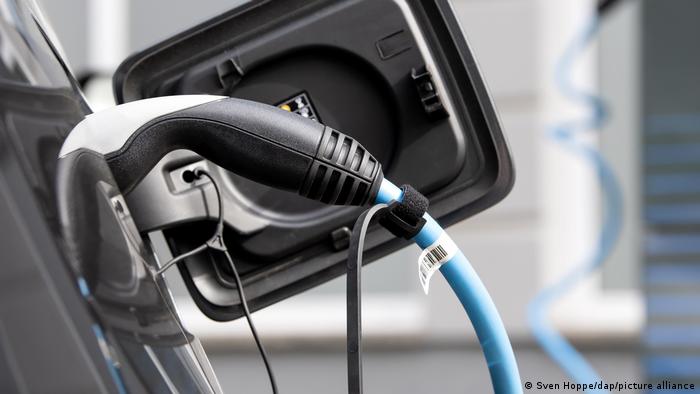 Electric vehicles are expensive, and battery technology and charging infrastructure are far from being where they need to be. But at the same time, the internal combustion engine, as one of the main contributors to global heating, seems to be on the way out.

And then came the economic slump caused by the pandemic. The CAR-Center has calculated that more than 20% fewer new cars will have been sold in 2020 compared with the year before.

That does not mean, however, that people are doing without private cars. Figures from the German Federal Motor Transport Authority (KBA) show that some 48.2 million cars were registered by October 1, 2020 — about 460,000 more than at the start of the year. This means that older cars are being driven for longer than in the time before the coronavirus crisis.

The government wants to prevent this trend from becoming further entrenched, while accelerating the shift to electromobility. After all, the automotive industry is a key component of the German economy, with more than 2 million jobs connected with it directly and indirectly. In view of this fact, bonuses of up to €9,000 ($11,000) will now continue to be paid to purchasers of new electric and hybrid vehicles until the end of 2025. 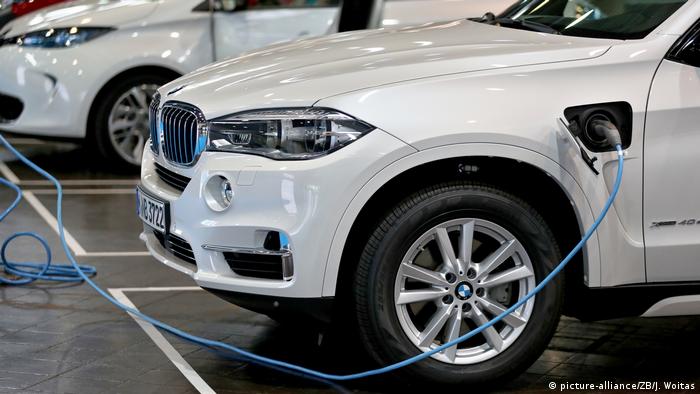 Hybrid versions of SUVs, such as this BMW X5, are popular but rarely drive on electricity

Auto industry suppliers, which have also been badly hit by the transformation process, are to be supported from January on by a multi-billion-euro program that aims to advance the transition to environmentally-friendly motors and data-processing in cars.

Another core issue is promoting vehicle networking and digitization in production. Here, the German government intends to establish a fund of a billion euros to assist cash-strapped companies into the future.

"We are now in a transitional phase during which electromobility is coming out of its niche," Stefan Bratzel, the director of the Center of Automotive Management (CAM) in Bergisch Gladbach, told DW. "In 2021, some 15% of newly registered vehicles in Germany will be electric ones. That is a very significant proportion."

Bratzel believes that the state assistance measures will increase the public acceptance of electric vehicles. "In addition to the sheer level of the support, it is also a political signal that there will be no more subsidies for internal combustion motors. Electromobility is the top future priority," he said.

One big problem, however, is improving the charging infrastructure. Currently, two-thirds of the some 48 million cars on Germany's roads still run on gasoline and 31% on diesel; only 223,000 are fully battery electric vehicles (as of October 1, 2020).

This means that there are just seven fully electric cars for each one of the existing 30,000 public charging locations across Germany, according to CAR's Dudenhöffer. He said that running a charging station was thus not a profitable venture. Although it is understandable that carmakers would like to see more public charging locations, he said, it was not as clear-cut a matter for those supplying the energy.

Paradoxically, Dudenhöffer said, it is actually the abundant state subsidies that are preventing the charging infrastructure from being developed more efficiently and rapidly. He said that many cities were having subsidized charging stations set up wherever there happened to be room  — motivated solely by a desire to improve their image and not by practical considerations regarding the best locations to have them.

If Germany also had a ban on selling cars with internal combustion engines by 2030, like the one recently announced in Britain, Dudenhöffer said, energy producers would already be competing of their own accord for the best places to put up public charging stations, without the need for any subsidies, because those would be the locations where the most money could be made.

"In Germany, our problem is not setting up regulatory frameworks but trying to solve problems with a flood of taxpayers' money," he told DW.

Stefan Bratzel sees developing the charging infrastructure as a "marathon issue." He said that alongside setting up charging stations, power grids had to be improved so that they could take the strain when large numbers of residents in urban areas wanted to charge their cars at the same time.

According to Bratzel, if electromobility is to catch on, public rapid-charge stations have to be set up particularly in urban areas, where not every driver has a garage with a wallbox. Such stations should make it possible for a car to be charged within a quarter of an hour so it has a range of more than 150 kilometers (93 miles), he said.

"I believe that we will experience a time in the 2030s when the internal-combustion engine becomes more and more of a fringe phenomenon," he said.

This development is being accompanied by that of self-driven vehicles — still a very controversial issue and one where there are not only many technical problems to be solved, but also ones of an ethical and legal character. For example, who is liable when a self-driven car guided by software is involved in an accident? 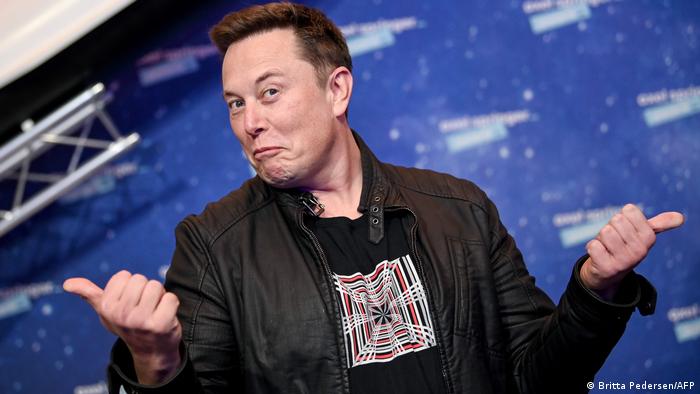 As far as the technology behind self-driven vehicles is concerned, Dudenhöffer has a clear favorite. "Tesla is getting the world moving not only with battery electric driving, but with autonomous driving as well," he said.

Not too long ago, the CEO of Tesla, Elon Musk, who is now the second-richest person in the world and owns a carmaker that is already worth two and a half times as much as VW, Daimler and BMW combined, was laughed at for his plans.

Recently, Musk was asked by the German weekly Welt am Sonntag when his systems for self-driving vehicles would be ready to take to the road. His answer: "I am confident that Tesla will reach Level 5 (full automation) next year. Extremely confident. One hundred percent."

Though a future in which all cars are electric is still decades away, carmakers such as VW, BMW and Daimler are busy showcasing their green models. The question is how ethically clean are they?

India has big ambitions to slash crude oil imports and push for an electric vehicle future, but high costs and a lack of infrastructure could hamper the country's green narrative.