In brief: What is actually in the Elysee Treaty? | Europe| News and current affairs from around the continent | DW | 22.01.2013

In brief: What is actually in the Elysee Treaty?

Just 18 years after the end of World War II, Germany and France signed the Elysee Treaty. The actual document, seen as a milestone of reconciliation, is surprisingly brief. So, what does it actually contain? 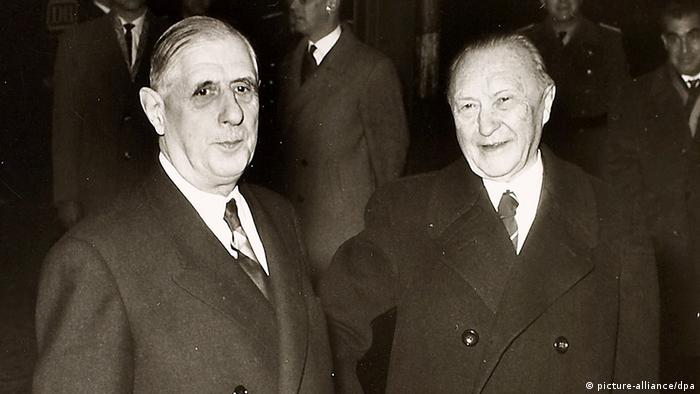 The Elysee Treaty, signed by the Federal Republic of Germany and the French Republic and outlining the future of a Franco-German friendship, is just under six pages.

Written in very factual language, the text was signed on January 22, 1963 by Chancellor Konrad Adenauer and President Charles de Gaulle at the Elysee Palace in Paris. It came into force later that year, on July 2.

During the ratification process, the German Bundestag, the lower house of parliament, added a preamble that laid down the bond with West Germany's trans-Atlantic partner, the United States, and expressed a commitment to German reunification. The preamble angered de Gaulle, who felt that the architecture of the treaty was being undermined. After all, de Gaulle had wanted to bind Germany tighter to France, to strengthen his standoffish foreign policy toward the US and the UK.

The treaty stipulated that German and French government representatives should meet and speak with other at regular intervals. In addition, all major decisions concerning security and defense policy were to be coordinated; Article II of the treaty stated that "the two governments will consult each other, prior to any decision, on all important questions of foreign policy…". This condition applied especially to any issues that had to do with the European Community, NATO and relations between Eastern and Western Europe.

In addition, Adenauer and de Gaulle also pledged a close cooperation in the areas of culture and youth policy, with language exchange and learning to be encouraged. This decision resulted in the founding of the Franco-German Youth Office in the summer of 1993.

The treaty did not include any specific requirements, nor did it define any political goals. In fact, the contract, with its few paragraphs, was merely the blueprint for the Franco-German motor that would eventually drive Europe. 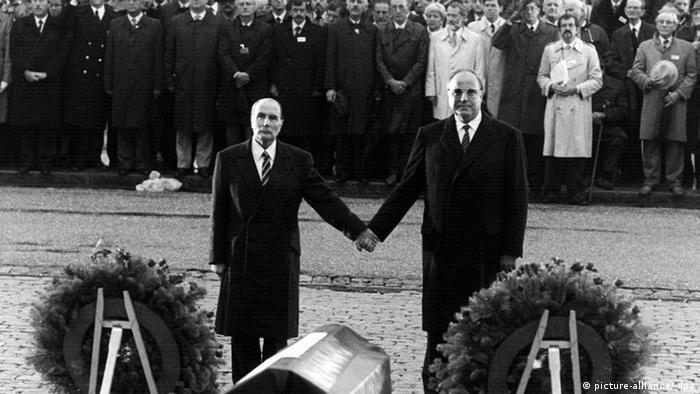 Step by step, the treaty slowly began to come to life in the years after it was signed. In 1988, Chancellor Helmut Kohl and President Francois Mitterrand established an additional safety and defense council, as well as a council for economic and fiscal policy. Over the last 12 years there have been additional informal meetings between the heads of state and foreign ministers, named after the first such summit that took place in the French town of Blaesheim in 2001.

A half century later the Elysee Treaty still forms a part of the Franco-German consultation process, though the contents of those discussions have changed dramatically. The consequences of German reunification and the enlargement of the European Union, at the center of the discussion in the 1990s, have since been replaced by the divergence of views on how to solve the eurozone debt crisis.

A follow-up pact to the Elysee Treaty marks the latest gesture of friendship between France and Germany. The new bilateral pact pledges deeper cooperation between the two nations and paves the way for EU reforms. (22.01.2019)