′In Brazil there is a pre-Chávez atmosphere′ | Americas| North and South American news impacting on Europe | DW | 31.05.2016

'In Brazil there is a pre-Chávez atmosphere' 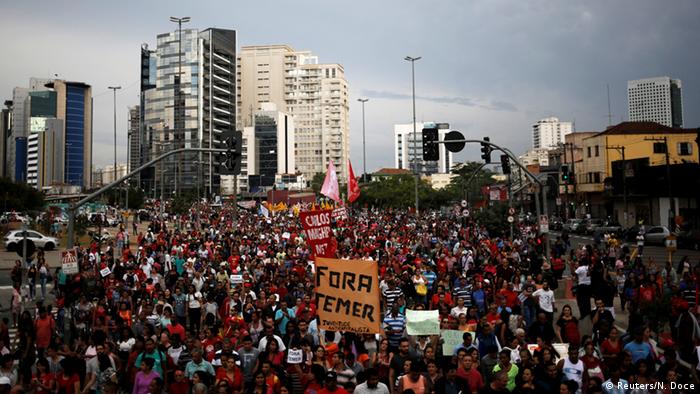 DW: Mr. Stuenkel, two newly appointed ministers have resigned after leaked recordings seem to reveal their desire to prevent prosecutors from investigating political allies. Was it just Temer's bad choice of personnel, or is it something symptomatic for this government?

I think this is symptomatic for Brazilian politics in general. The unusual aspect of the current situation is that a corruption investigation is profoundly destabilizing the government and politics overall. It is something completely new in Brazil that investigations are independent, that powerful people are being brought to justice. The Federal Police in the "Lava Jato" ("car wash") scandal have such broad public support that it is impossible for the government to control investigations. And these revelations are causing great instability because nobody knows what comes next.

'The big test comes with the next boom'

The political instability may delay the economic recovery; yet, the government not being able to control corruption investigations sounds like good thing.

Absolutely, they are a painful but necessary step for a maturing democracy. And a lot of people hope this to be the beginning of cleaner politics. But a rule of political science in Latin America says: people care about corruption only when economic growth is low. And economic growth in Brazil right now is negative. So the big test to Brazilian democracy will come when commodity prices boom and the economy grows again. [Traditionally people in Brazil then let corrupt politicians get away saying "Roba, mas faz." - "He steals, but he gets things done."]

The acting president Michel Temer stepped into office as President Dilma Rousseff's vice-president, after she was controversially impeached. Do you see people proved right, who claimed that Rousseff was removed for political reasons, rather than for alleged budget manipulation? 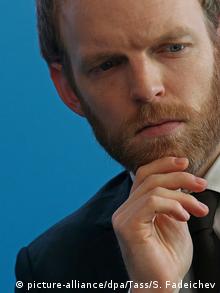 Rousseff certainly did not fall because of the alleged budgeting trickery, but because she failed to govern properly. If she hadn't fallen for this, she had fallen for that.

'Rousseff is a terrible politician'

So, even though the Temer government has lost much of its already meager support, Rousseff is still not likely to come back?

No. Not even Rousseff's Worker's Party (PT) wants her back because everybody knows that she was a terrible president. She may be a good person, but she is a terrible politician. Except a quite radical group, she has no public support and no authority in politics.

So is Brazil heading for new elections?

Let alone his resigned ministers, Temer has made a lot of amateur mistakes in public. He may simply renounce, but the most likely thing to happen is: if the Temer government becomes unsustainable and protests rise, the courts will impeach the Temer government as well. This is not to say that they will judge false rulings. But I attribute to them a very acute sense of their responsibility to avoid further instability. And there are allegations against both Temer and Rousseff of illicitly financing their presidential campaigns in 2014.

Who has an interest in new elections?

That is hard to say. The PT is in a terrible shape after all that happened, and the PSDB, which is the other big moderate party in Brazil, is in an internal power battle. But there is public pressure: around 70 per cent of the Brazilian population would demand new elections.

'An ideal scenario for populists'

Considering that there is seemingly no politician with a clean record, what could new elections do to contribute to more stability?

Indeed, you have a kind of a pulverization in Brazilian politics and a rejection of the entire political class - an ideal scenario for populists. In Brazil, there is a pre-Berlusconi or pre-Chávez atmosphere. The same happened in Italy during the "Mani pulite" investigations in the early 90s that led to the election of Silvio Berlusconi, and also in Venezuela in the process that helped Hugo Chávez to become president. In new elections there could be ten or more candidates, ranging from moderates, like ex-president Lula Da Silva and his adversary in the 2002 elections José Serra, to right-wing xenophobic Jair Bolsonaro. With so many candidates, radicals have a good chance to proceed to the second round with only 10 per cent of the votes. That is the major concern right now.

That is quite a dark outlook. It there a more favorable one?

Although I tend to prefer early new elections, I see the argument that Temer serving out his term might help to calm things down a bit. So if the Temer government takes Brazil out of the emergency room, the following elected government could bring the country out of the hospital. But that will not happen until 2020.

And in the long run?

The vast majority in Brazil rejects the ruling politicians, but continues to believe in democracy. So, it will be crucial for Brazil that the big moderate parties, the PT on the center-left and the PSDB on the center-right, renew themselves entirely. Only a completely new leadership that openly admits and regrets the mistakes of the past will be able to avoid a radicalization on either the left or right.

Oliver Stuenkel is an Assistant Professor of International Relations at the Getúlio Vargas Foundation (FGV) in São Paulo and a non-resident Fellow at the Global Public Policy Institute (GPPi) in Berlin.

This interview was conducted by Jan D. Walter.

Brazil's transparency chief has quit his post, after being accused of trying to derail an ongoing corruption probe before taking office. He is the second minister to resign in a week. (31.05.2016)

Will Brazil manage to pull itself out of its political quagmire? The situation has become so confusing that Brazil could have to resort to early elections to resolve its impeachment standoff, DW's Astrid Prange writes. (29.05.2016)