This past weekend saw the last of the national finals, so now all of the contestants for the Eurovision Song Contest in Tel Aviv are known. Some are already making waves. Here's our rundown. 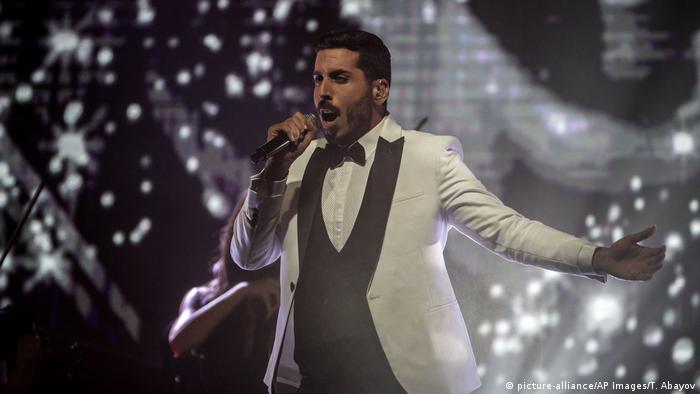 The evening before saw the climax of Sweden's elaborate selection process, the Melodifestivalen. Coming out on top: 36-year-old John Lundvik. The recipe for his song, "Too Late For Love," is rather similar to that cooked up by Austria's wildly successful entry last year: sexy singer, powerpop ballad and gospel backup chorus. Lundvik is also in the songwriter team for Great Britain's entry, Michael Rice. The 21-year-old YouTube star sings about youth mobbing.

A pattern emerges: Ballads warbled by attractive young men are actually quite frequent this year in entries from both eastern and western Europe. But be they delivered by male or female artists, such ditties frequently emerge in the same cookie-cutter pattern, starting slowly and releasing pent-up tension in the refrain. 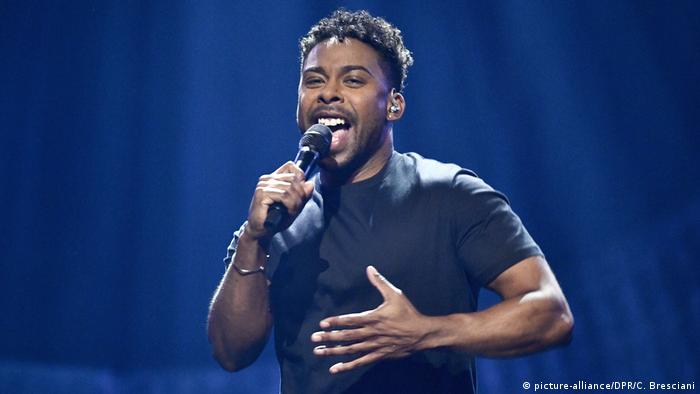 Delivering a solid song with a tested formula: John Lundvik

The 2019 Eurovision Song Contest isn't likely to go down in history for musical surprises, but some entries have been drawing attention.

The Netherlands, for instance: 24-year-old Duncan Laurence, a not very well known artist, has been delighting both female and male fans with his gentle ballad "Arcade." With Luca Hänni, Switzerland is sending a similar act to Tel Aviv. 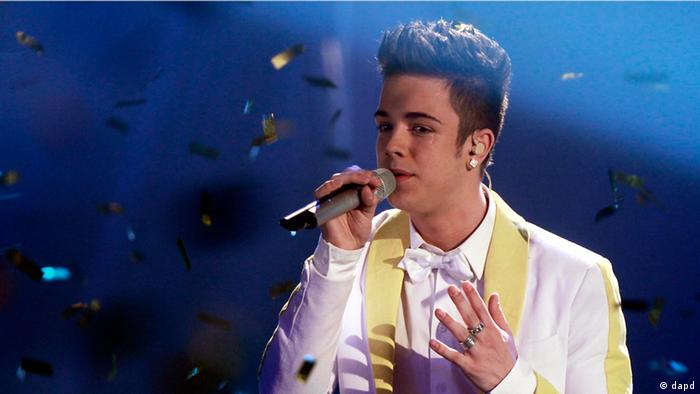 Luca Hänni is familiar to the German television audience

Italy's entry, Mahmoud, targeted for not very friendly remarks on social media by his country's minister of the interior, sings "Soldi," a song in Italian that includes lines of text in Arabic. The singer's style of delivery is very Italian however, and the refrain quickly nestles into memory. All bets are on him doing well.

Bilal Hassani has also had to face hostility in his homeland, France. Of Moroccan descent, he makes no bones about his homosexuality, and "Roi" (King) is his triumphant statement of self-affirmation.

Lake Malawi's "Friend of a Friend" is a flawless, happy soul pop number that sounds as though it's been freshly excavated from the 80s. As last year, the Czech Republic is contributing a fresh face, fun music and dance.

Reminiscent of arias by the Queen of the Night in Mozart's "The Magic Flute," the song "Zero Gravity" from Australia already has a following, even though it challenges the listener with a variety of tempos and styles. In presentations of the song thus far, singer Kate Miller-Heidke has been seen perched atop a mountain of a dress, an attire so unusual that it's hard to find words for a proper description. 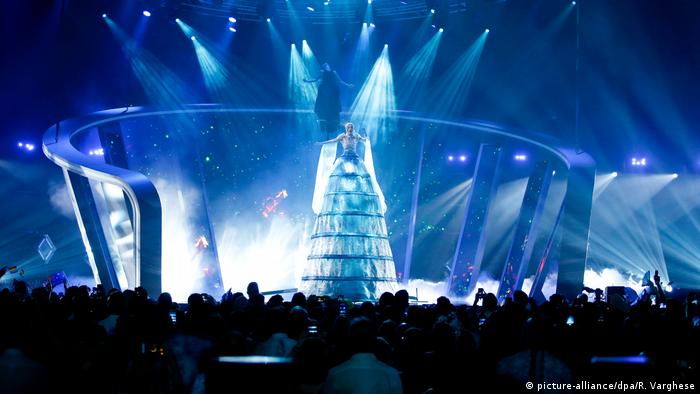 Poland's entry, "Pali sie," by a female quartet named Tulia, is three minutes of shrill screaming. The song material is intrinsically Polish, a genre sometimes called "white song," and the piece is an interesting composition and arrangement, but the voices take some getting used to.

And what's coming from Portugal? His name is Conan Osiris, he's 30 years old, and his song is a fusion of fado, techno and Arab influences with elements of modern dance added for good measure. In fact, to describe this sound collage it would be easier to list what elements it lacks. "Telemoveis" (Cell Phone) is a courageous and inventive number that leaves the listener awash and adrift in multitonalities for the first minute, while in the video, the eye is occupied by the singer and a male dancer in their white feathered garb. Whether the worldwide television audience at the finale on May 18 is enthused or aghast remains to be seen. 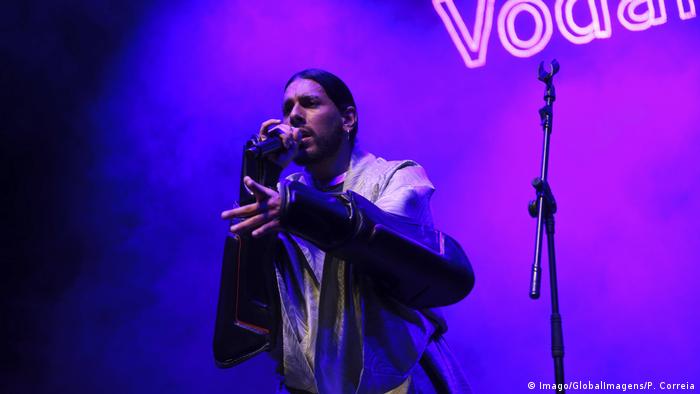 Several countries this year considered boycotting the song contest out of protest of Israeli policies; Iceland was among them. Ultimately selected for the competition, the band Hatari is offering "Hatrid mun sigra" (Hate Will Sin), a headbanging number critical not of Israel but of capitalism, with the band and dancers in black leather and plenty of spikes and studs. The band already challenged Israeli Prime Minister Benjamin Netanjahu to a duel but will now have to hold back on political statements so as not to be disqualified.

Spain is sending a happy merengue uptempo number which probably doesn't stand much of a chance but is refreshing to the ear nonetheless. As is Latvia's entry, "That Night" by Carousel, a wonderfully poised, gentle acoustic pop song that soothes the spirit in a field of many overproduced ESC songs.

Denmark's dreams of triumph are placed in a pop song delivered by a saucy woman's voice that sounds quite a lot like any female pop singer with a saucy voice sound at the moment. Sung in English and French with lines of text in German and Danish thrown in for good measure, Leonora's "Love is Forever" is sugar-candied fare calculated to reach as many ESC fans as possible. And it probably will. 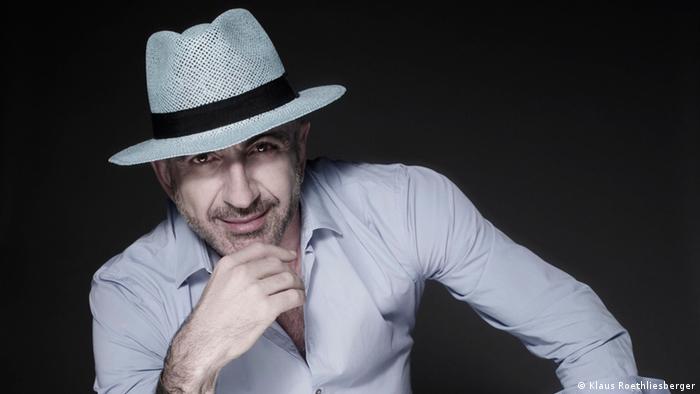 Singer with appeal, song without: Serhat competes for San Marino

Finland is delegating Darude, one of its best known pop exports. In the late 1990s, the electro duo was the source of "Sandstorm," an unforgotten techno classic. They've aged however, so rather than some respectable noise, they are sending a dance number worthy of radio play in "Look Away."

As though in an effort to minimize risk, Norway is sending Keiino and "Spirit in the Sky," seemingly an amalgamation of every hackneyed Eurovision style and mannerism ever employed. That is a feat in itself.

Not a wisp of a chance

The tiny country of San Marino just won't give up. After competing at Eurovision in Stockholm in 2016, music business veteran Serhat is back, this time with a dance floor number named "Say Na na na,"an entry so cheap that not even his charismatic voice can rescue it. 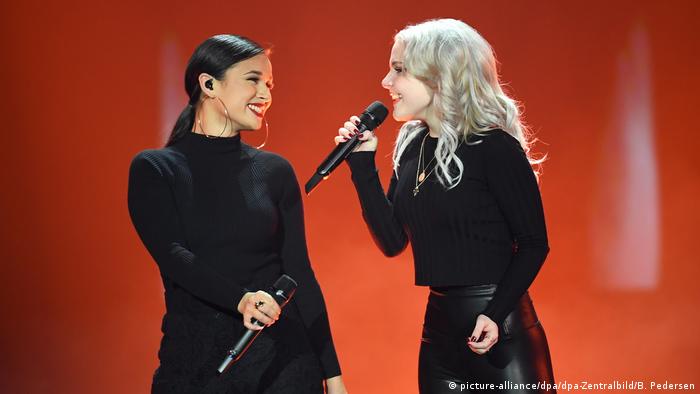 Definitely professional, but is that enough? S!sters

No one knows how Germany's S!sters will stand up to the competition. Betting agencies currently rank the duo in the lower third, but this long before the competition, such indications have little predictive value.

Ukraine had delighted fans with interesting acts at the national final level, and "Siren Song" by Maruv was a promising entry. In late February however, the country withdrew: Maruv was asked to sign a contract agreeing to henceforth never perform in Russia again. And once again, the ESC was fought over by enemy nations. Two years ago, Ukraine had blocked Russia's candidate from entering the country, leading Russia to cancel. 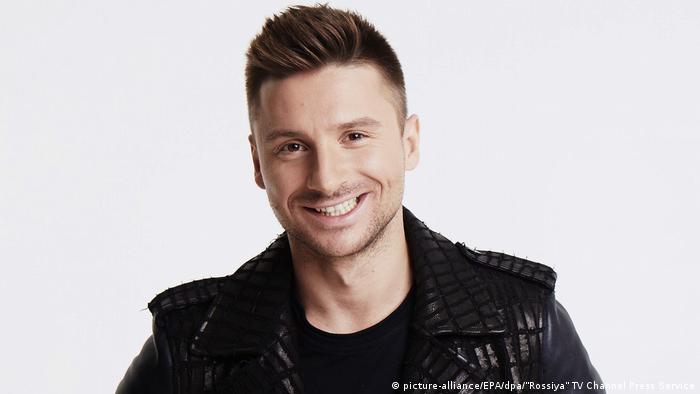 A Russian with an international following: Sergey Lazarev

Finally, to Russia and to its superstar, Sergey Lazarev, who placed third at the ESC in Stockholm in 2016 with a breathtaking performance. Re-entering Lazarev in 2019, the Russian delegation kept his song under wraps until only very recently, thus maximizing expectations. And in fact, betting agencies have his song, "Scream," at the top of the list. Lazarev is comfortable in his two-octave vocal range, and at the very least, his song offers the right material for the requisite Eurovision wind machines.

In general, special effects will probably stage a comeback this year. After simplicity was the catchword in 2018 in Lisbon, look forward to more dazzle. Which will probably be needed to beef up all those warbling ballads.

Eurovision: Who are Germany's S!sters?

A duo called S!sters edged out competing acts at the Eurovision Song Contest preliminaries: Carlotta Truman and Laurita Spinelli will represent Germany in Tel Aviv in May. But who are the two singers? (25.02.2019)