Imperfect fruit and vegetables back en vogue in France | Environment | All topics from climate change to conservation | DW | 18.09.2014

Imperfect fruit and vegetables back en vogue in France

Shoppers have come to expect standard, blemish-free fruit and veggies, but that is not how they grow. Currently those that don't make the grade end in the bin, but a movement in France is aiming to change that. 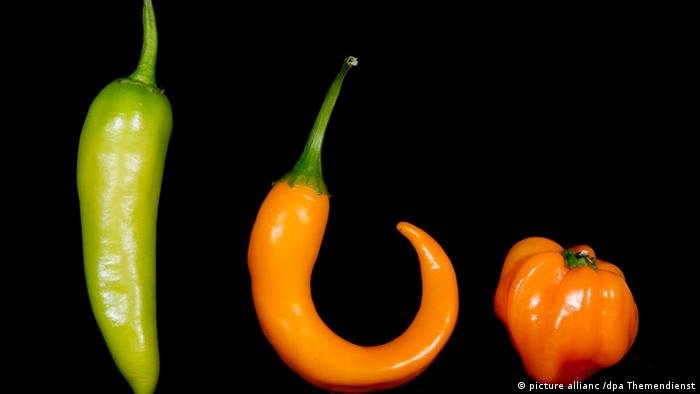 The fruit and vegetable section of the Auchan hyper-market in Vélizy, just south of Paris displays zucchinis and carrots that are as straight as the apples and oranges are round. Shoppers scan, handle and occasionally even sniff the produce in an attempt to divine its freshness.

A nearby stand is laid out with imperfect, irregular fruit, which stall-holder Thibault de Jouan de Kervenoael insists taste better than the gleaming stuff on the regular shelves. And if the rate of his trade is anything to go by, he is a man of his word.

"I have customers that are looking for that kind of product because they think they are doing a good thing," he told DW. "I sell something like 60 or 70 boxes of each product per day."

When apricots were in season, he was selling somewhere in the region of 200 boxes a day. Yet he insists that Auchan, which claims to be France's biggest supermarket chain, is not out to turn an extra buck, but to support an important cause.

"It shows to our customers that Auchan helps producers," he said. "It is very, very hard nowadays for producers to make a living so we have to make an effort. We are part of the chain."

On the ugly bandwagon 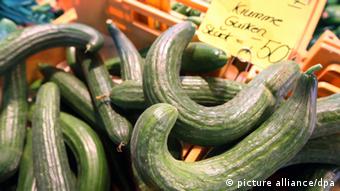 The first supermarket to make a similar statement was Intermarché. This Spring it launched a temporary campaign in one of its superstores. Entitled “le fruit et legume moche” or ugly fruits and vegetables, it devoted an entire aisle to gnarly seconds, which it flogged off at a 30 percent mark-down.

The name is a throwback to soldiers who suffered facial injuries during World War I. Chabanne now has a network of farmers across southern and western France supplying not only Auchan but two other big chains, Leclerc and Monoprix. He welcomes the movement for a change in thinking.

“According to the United Nations Food and Agriculture Organization, 30 percent of the world's fruit and vegetables never make it from the field to the plate," he said, adding that consumers have gradually bought into the idea that produce has to be perfectly formed to be edible.

Waking up to reality

But French shoppers at least seem to have seen through the myth that leads countlesstons of produce to rot in warehouses.

This obsession with the flawless form was presumably born of a desire to please customers, but supermarkets gradually became as fussy about looks as nightclub doormen. Their saving grace is that they now seem willing to change. Customers likewise.

It couldn't be more timely given that 2014 is the European year against food waste. And if more supermarkets like Auchan and Intermarché join the movement to put ugly fruit and vegetables back on the dinner table, the EU may end up with new, more realistic norms.

The European Commission has promised funding for EU growers of peaches and nectarines hit simultaneously by Russia's ban on food imports from Western nations as well as poor weather. Worst hit are orchardists in Greece. (11.08.2014)

Russian sanctions have left farmers in Europe high and dry. If they put their produce on EU markets, prices would likely crash. So what is to become of this year's harvest? (15.08.2014)