IMF calls for huge hike in carbon tariffs to save Earth

Global carbon taxes need to go up drastically to avoid environmental catastrophe, an IMF report says. The move would significantly increase the cost of fossil fuels, but the report's authors say it can be done. 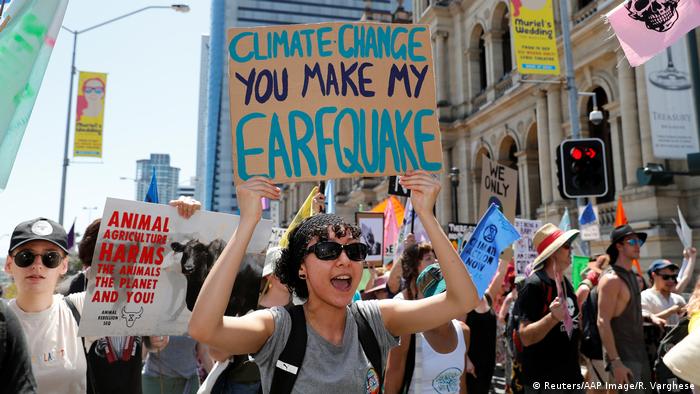 The International Monetary Fund (IMF) says a $75-(€68-)per-ton carbon tax by 2030 would have the greatest effect in reducing carbon emissions and staving off global warming.

"Carbon taxes are the most powerful and efficient tools but only if they are implemented in a fair and growth-friendly way," an IMF researcher wrote in a blog post.

Carbon taxes raise the cost of fossil fuels and encourage people and business to switch to greener energy source, the agency said in a report released Thursday ahead of annual IMF and World Bank meetings next week.

The current global average is $2 per ton. Last year, France scrapped plans to raise carbon taxes above $50 per ton after violent protesting broke out.

A $75-per-ton carbon tax rate would drive the price of coal up over 200% above baseline levels in 2030. Electricity and gas prices would also rise, between 5% and 15% depending on the country.

The IMF called this "well within the bounds of price fluctuations experienced during the past few decades.”

A coordinated effort to increase the carbon tax to $75 by 2030 could be possible if the largest emitters in the Group of 20 cooperate, the report says.

Advanced economies could implement higher taxes, or provide greater assistance to developing economies in exchange for a commitment to ambitious carbon reduction goals.

The hike would motivate businesses and consumers to move to cheaper green energy sources. Governments could use tax revenue to assist poorer households and workers disproportionately affected by the switch.

The benefits would more than offset the costs. The carbon tax could prevent 725,000 premature deaths due to air pollution by 2030, mainly in China.

Current carbon emission efforts aren't enough to limit the rise in global temperatures to the goal of no more than 2 degrees Celsius (3.6 degree Fahrenheit) above pre-industrial levels as laid out in the 2015 Paris Accord. Current initiatives correspond with a warming of 3 degrees Celsius.

Last month, UN climate researchers warned that rivers will run dry and cities will disappear into the sea if global warming is not brought under control.