IMD ranking shows where digitization is making the biggest strides | Business| Economy and finance news from a German perspective | DW | 26.09.2019

IMD ranking shows where digitization is making the biggest strides

Flexible governments and companies are key to digital success, the latest IMD World Digital Competitiveness shows. It looks at how nations in different world regions have reacted to today's digitization needs. 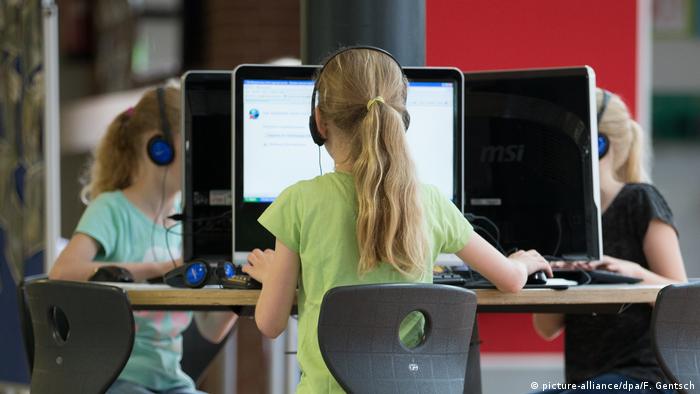 The International Institute for Management Development (IMD), an academic think tank with Swiss roots, published its third World Digital Competitiveness Ranking on Thursday, taking a closer look at 63 nations across the globe and how they've been faring in getting prepared for a digital world.

According to the IMD, the study measures the capacity and readiness of the economies in question to adopt and explore digital technologies as a decisive driver for economic transformation in business, government and wider society.

For the first time, the ranking is also based on a couple of new indicators such as the use of robots in industry and in education plus research and development (R&D).

US leading the way

The larger set of indicators the ranking is now based on hasn't changed the picture at the top of the table, though. The United States came out as the undisputed No.1 once again in the 2019 survey.

The country did best in the subcategory of scientific concentration, but also excelled in IT integration, citizens' adaptive attitudes and business agility while putting up a mediocre performance in training and education.

Runner-up Singapore was praised for being strong in talent acquisition and the provision of an efficient technological framework.

There are quite a number of European nations that made it into the top 10, including Sweden and Denmark in 3rd and 4th position respectively. Sweden was shown to have put great effort into training and education, while Denmark made big strides in IT integration and adaptive attitudes among its population, with an overwhelming majority of its citizens open to everything digital. 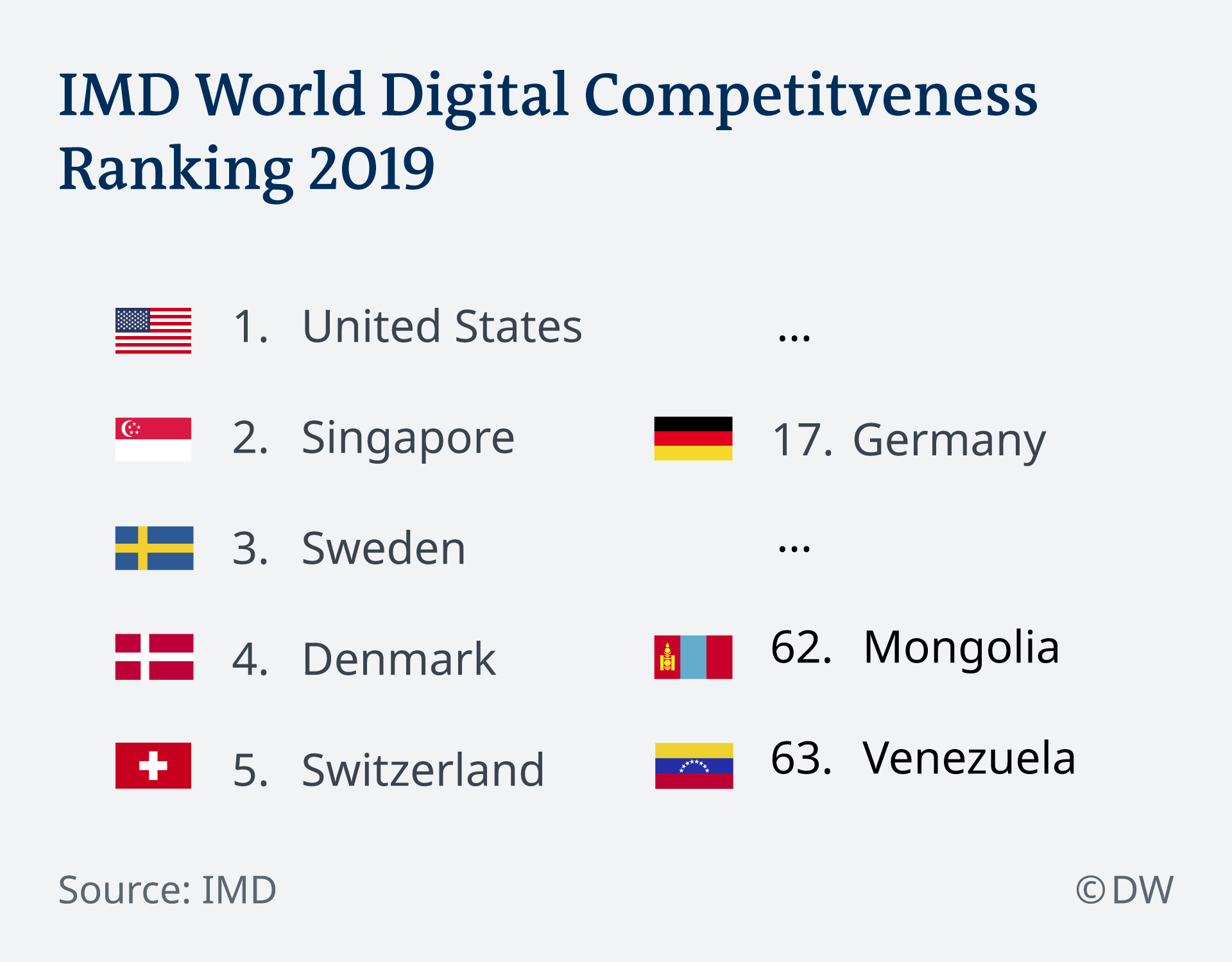 Despite approaching digital competitiveness in different ways, the top five focused on knowledge generation. "In the middle of uncertainty and a fluid global situation,…knowledge remains of paramount importance for the digital performance of different economies," the directors of the IMD World Competitiveness Center, Arturo Bris, said in a statement.

Germany should do better

A word about Germany — Europe's powerhouse ended up in 17th place, moving up one notch year on year. IMD noted the country was able to strengthen its leadership in scientific concentration, but logged declines in executives' perception about companies' agility and flexibility to address changing market conditions.

When it comes to large-scale digitization of whole societies, several Asian nations are emulating Singapore's success story. South Korea and Hong Kong were able to enter the top 10 this year, while Taiwan and China moved up to 13th and 22nd position respectively.

The picture is not so rosy in many other parts of the world, including the Middle East where the United Arab Emirates and Israel are the only regional digital hubs. While the UAE climbed a couple of places following major improvements in capital availability and supportive IT regulations, Israel dropped four positions due to slow e-government reforms and other factors.

A brief look at Latin America reveals that Mexico and Colombia were the only two economies in the region to improve in the IMD ranking, while the rest treaded water due to a lack of resources to support talent and foster technological advances.