A milestone in post-war literature for breaking the taboo of talking about the persecution of Jews by Germany, "The Greater Hope" tells the story of a young "half-Jewish" girl during the late years of the war. 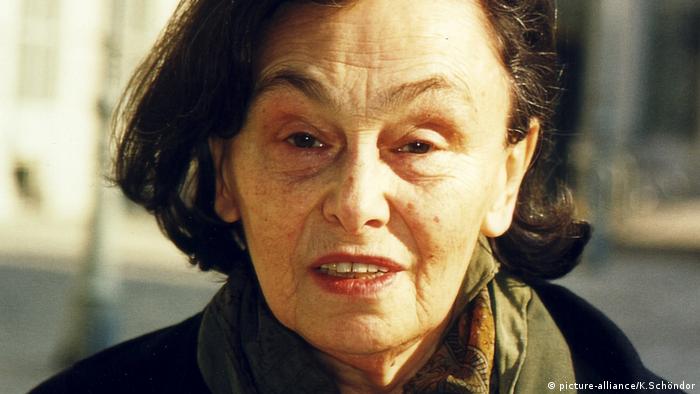 Young Ellen wants to go to America. She longs for her mother, who has emigrated and now lives there. America — "the great hope" for those who want to leave before it is too late.

To leave, Ellen needs a visa. But the consul she asks in urgence responds in an annoyed and perplexed manner. It is war; America, too, has declared war on the country where Ellen lives. No one is allowed to leave the country.

'The Greater Hope' by Ilse Aichinger

A desire to belong

The only playground in which these children dare to play is the cemetery. But even there they have to be careful because they are being watched. And you cannot trust the adults who are watching the children's games. 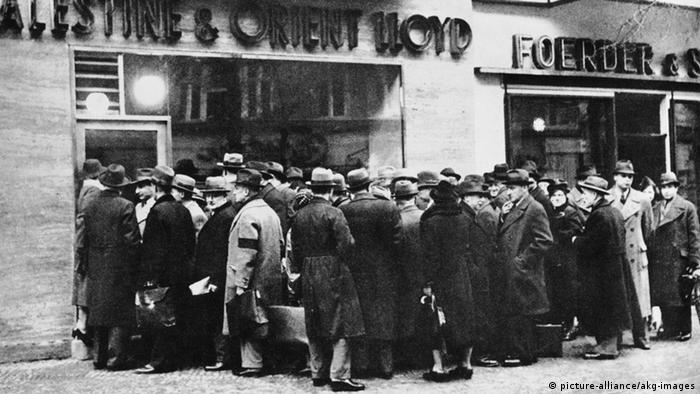 1939: Jews standing in front of a tourist office in Berlin

An atmosphere of everyday threats

Ellen is 11 at the beginning of Ilse Aichinger's shocking novel; by the end of its 10 chapters, she is 15. Fragmented and depressing, the book follows the young girl as the stages of her childhood unfold in a climate of daily threats and shows the fear that overcomes her and all the other children she counts as her friends.

The other children will soon have to wear a yellow star stitched to their coats and jackets. Ellen envies them for that. She also wants such a star — a sign that she belongs. They do not know what this star represents. One of the children tells her what another person has said and nobody wants to hear: "Bibi said: The star means death!"

Once, when the doorbell rings, one of the children is full of fear while opening it. Yet it's just the friendly man from next door who has promised to help them. "Fear not!" he tells them. With an air of conspiracy, he adds: "It's all called off. The deportations to Poland have been discontinued."

The man says and plays with the children. "He forgot that he was a hunter, he forgot the secret police and the order to delay these children until the men came to take them away. None of them was allowed to leave the apartment until then."

A milestone in post-war literature

Ilse Aichinger's novel The Greater Hope is spooky; The author was just 26 years old when she wrote the book in 1947, shortly after the war ended. There was not much of an audience for the book at the time; the persecution of the Jews and the hinting at the Holocaust were taboo in the early post-war years. Instead, many wanted to read about the painful experiences of the returning German soldiers.

Aichinger does not write in an easily accessible manner. Much remains dark, vague, enigmatic. The influence of Franz Kafka is clearly evident. Just as with the author from Prague, her imagination and reality merge, sometimes in a surreal, sometimes in an Expressionistic way. The night and the persecution are personified, as if in an anxious dream by the hypersensitive girl, Ellen. 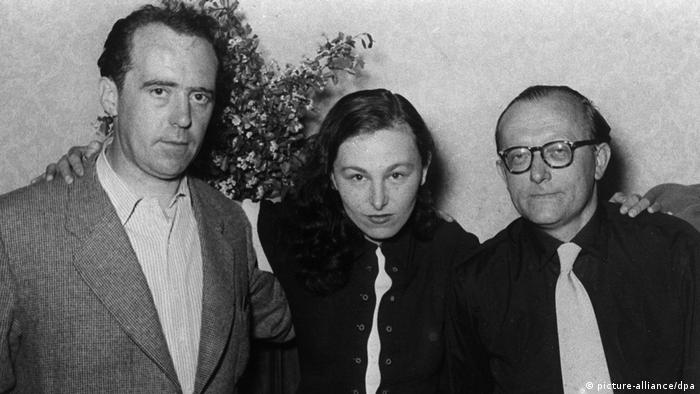 The writer Aichinger is drawing on her own experiences as a child in the Vienna of the National Socialist regime. Like her literary character Ellen, she was — according to the definition of the Nazis — "half-Jewish"; her mother's parents were both Jewish but not her father's.

There is much in Aichinger's novel that readers have to explore for themselves, including the period in which the story takes place — 1941 to 1945. In the end, "foreign soldiers" come into the city, which readers can presume to mean the soldiers of the Russian Red Army: "The battle for the bridges continued. Above them stood the morning star."

Three years after the publication of her novel, Ilse Aichinger was first invited to join the "Gruppe 47," a writing collective. Her compatriots call her "Miss Kafka."

In 1959, Aichinger once again radically revised German-language post-war literature with a milestone. She wanted to lighten the story linguistically and to consolidate it more dramatically. It is only this revised version of the novel that is still available in German today. The original version can be found in literary archives.

Ilse Aichinger was born, along with her twin sister, Helga, in Vienna in 1921. She survived the war with her mother; her mother's grandmother and younger siblings were deported and murdered in 1942. After the war, she was an editor at the S. Fischer publishing house and worked at the College of Design in Ulm. In 1953, she married the poet and radio play author Günter Eich, with whom she had two children. Ilse Aichinger died  in Vienna in 2016. The Greater Hope remained her only novel. She received dozens of awards for her stories, poetry and radio plays; she also rejected awards, such as the Order of Merit of the Federal Republic of Germany.