Translator Katy Derbyshire on the gender imbalance in publishing to this day — and the long struggle of women writers to be noticed at all. 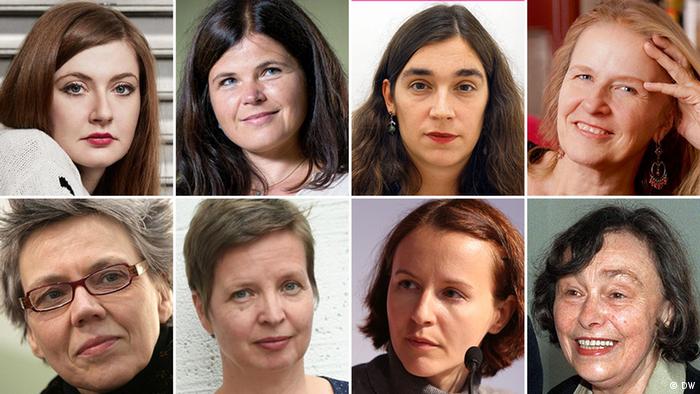 It's my job to tell you: Don't be angry with the people who compiled the list! By all means, be angry with the world at large over the past 118 years. Be angry with the publishing industry, for taking so long to realize — in Germany and elsewhere — that women write well. Be angry about sexist structures holding women back and stopping us from reading their work. Because sadly — shockingly — 32 per cent is pretty much bang on: That's the statistic for the proportion of books written by women out of all translations into English. 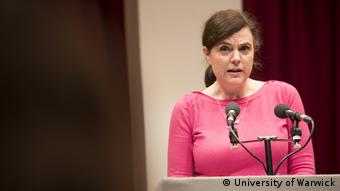 There are two sides to this story and so, being a bean counter, I also regularly count the number of German-language women writers who get published in the first place. This autumn, my count in a selection of 35 publishers' hardback fiction catalogues came to 37.5 percent women authors. That's autumn 2018. That imbalance is mainly due to literary fiction, where men tend to dominate the lists in Germany. And it's literary fiction that passes through the needle's eye of translation into English.

But let's look at what we do have here, in terms of German must-reads by women. The first sixty or so years of the 20th century aren't all that rich in women writers, it has to be said. But those we do have on the list are astoundingly good — and have all been translated or re-translated since the early 2000s. These are women who rebelled, either politically, like Anna Seghers and Christa Wolf in the Nazi era and the GDR respectively, or in terms of what was expected of them as women — also a political act. Irmgard Keun and Marlen Haushofer had children out of wedlock; Vicki Baum learned boxing alongside Marlene Dietrich; Else Lasker-Schüler defied all notions of passive female sexuality; Ilse Aichinger held her own in the male-dominated literary "Gruppe 47." All of them gave us unique perspectives, impressive characters both male and female, and books that have stood the test of time. They had to work all the harder to be heard, and only one of their books — Vicki Baum's bestselling Grand Hotel — made it into English at the time of its original publication.

Why is that? I hate to fall back on Virginia Woolf — so tired and often elitist — but it was as late as 1929 when she wrote A Room of One's Own. Until 1977, married women in West Germany could only work with their husbands' permission. In the same year, Germany's star literary critic Marcel Reich-Ranicki asked "Who cares what a woman thinks, what she feels while she's menstruating?" referring to a text by Karin Struck as "a crime," In 2009, asked whether men were better writers than women, that same critic responded: "Homer, Sophocles, Euripides, Horace, Ovid, Vergil, Dante, Petrarch, Molière, Corneille, Racine, Shakespeare, Cervantes, Calderón, Voltaire, Goethe, Schiller, Balzac, Stendhal, Flaubert, Pushkin, Dostoyevsky, Tolstoy, Proust, Brecht. They were all men. Is that enough of an answer?" Women writing in German — and other languages — have been up against these ridiculous limitations and prejudices for centuries, and they're only gradually breaking them down. 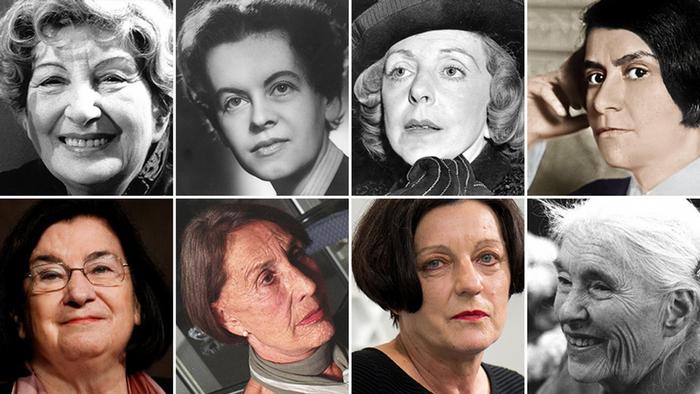 All the more reason to celebrate those women writers who are on the list. From the 1990s, things really begin to pick up, with some great books looking at the aftermath of the GDR — Monika Maron's Animal Triste and Inka Parei's The Shadow-Boxing Woman — a Turkish girlhood – Emine Sevgi Özdamar's Life Is A Caravanserai — and personal/political relationships — Birgit Vanderbeke's The Mussel Feast, Angelika Schrobsdorff's You Are Not Like Other Mothers and Elke Schmitter's Mrs. Sartoris.

Come the 2000s, the overall picture is much healthier. Women are writing a wide range of fiction. They're confronting history like Julia Franck in the breath-taking The Blind Side of the Heart and Nobel laureate Herta Müller in her deeply moving The Hunger Angel. Or they're creating the kind of world-class young adult fiction that got millions of readers hooked on Cornelia Funke's books. There is darkness and dystopia, as in Alina Bronsky's Broken Glass Park and Juli Zeh's The Method. And there is exquisite writing from the likes of Terézia Mora, Esther Kinsky and Jenny Erpenbeck. You might notice the writers' names becoming less German-looking — Zsuzsa Bánk, Alina Bronsky, Olga Grjasnowa, Katja Petrowskaya and Yoko Tawada all grew up speaking other languages but are now writing in German, as publishing cautiously begins to embrace more diverse voices. 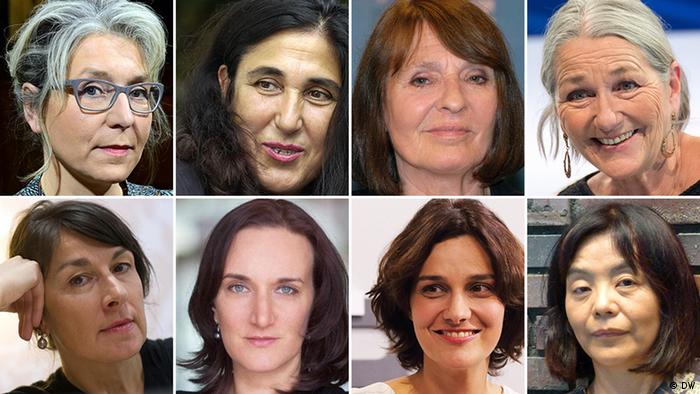 May there be many more!

Spare a grateful thought, finally, for us translators. In many cases, it is us who push for these books to be translated into English, persuading publishers to take a risk on writers they usually can't read for themselves. In all cases, though, it's translators who enable you to read these books for yourselves. My thanks, then, to Anthea Bell, Philip Boehm, Susan Bernofsky, Sally-Ann Spencer, Shaun Whiteside, Jamie Bulloch, Tim Mohr, Shelley Frisch, Margot Bettauer Dembo — and all the other translators who have devoted love and energy to bringing us these books in English. May there be many more!

Katy Derbyshire, who was born in 1973, hails from London and has lived in Berlin for more than twenty years. She translates contemporary German fiction. Her translation of Clemens Meyer's "Bricks and Mortar" was longlisted for the Man Booker International Prize 2017 and won her the prestigious Straelen Translation Prize. Derbyshire has translated more than 20 books of fiction so far, by writers such as Inka Parei, Sibylle Lewitscharoff and Christa Wolf. On her blog "love german books," she writes "biased and unprofessional reports on German books, translation issues and life in Berlin".

What does it mean to feel desire and to be desired when one grows older? Monika Maron dissects a love story that begins in the shadow of a dinosaur skeleton. (08.10.2018)

Biased and unprofessional reports on German books, translation issues and life in Berlin