What does it mean to feel desire and to be desired when one grows older? Monika Maron dissects a love story that begins in the shadow of a dinosaur skeleton. 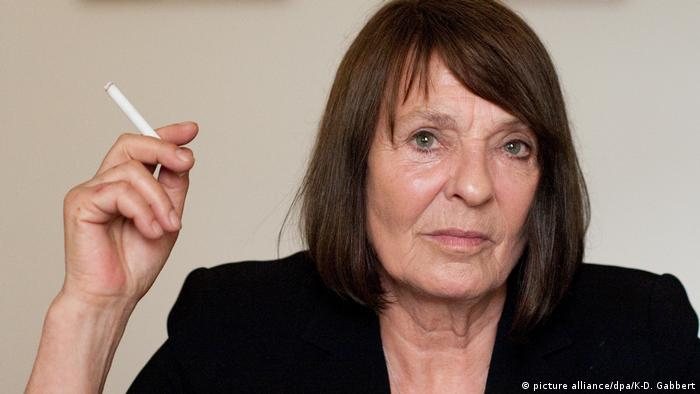 "I can't even tell if love breaks in or out. Sometimes it seems to me that it breaks into us like a strange being that has been lurking about us for months, even years, until we are visited by memories and dreams and we longingly open our pores, through which it seeps within seconds and blends with every substance contained within our skin."

These are the thoughts of a woman suffering over the passions of love. It's a subject that could quickly turn to kitsch and cliches with a less skilled, less finessed writer. But that's not the case with Monika Maron. She uses words not so much to describe, but rather to dissect — emotions, circumstances, all of those things that are not visible at first glance. Her texts disassemble things bit by bit, laying them bare to read — and they all emerge, become clear and mesmerizing through the power of literature.

In the shadow of the dinosaur

Maron opens up the world of emotions in Animal Triste. It's 1990 and the protagonist is an East Berlin-based paleontologist who works in the Museum of Natural History. She is particularly fascinated with the brachiosaurus. In the shadows of its large skeleton located in the museum, she falls in love with Franz, a married man devoted to the study of ants. She assures him that she wasn't expecting to fall in love, nor was she looking for it. But secretly, she was indeed looking for love because she wanted to experience the passionate feeling again.

Franz becomes a projection field for this compelling dream. As this woman in love throws herself into the relationship with ever more zeal, Franz simply enjoys the liaison with her, but with no intention of leaving his wife. The smell of tobacco smoke from a pipe helps to mask the scents of their love trysts in the car. 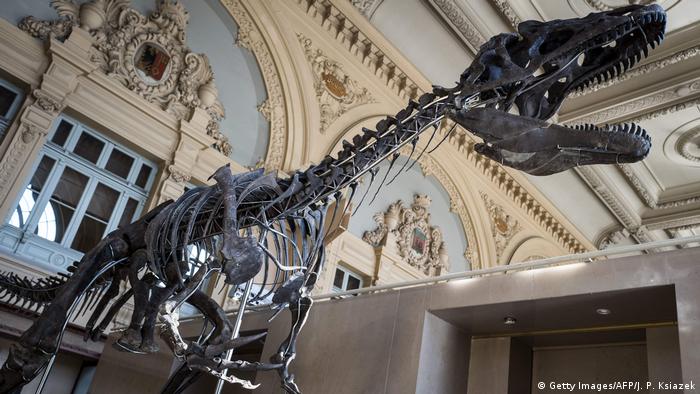 The museum as location for their first meeting

Maron allows these two opposing ways of living out love to collide — with the force of two high-speed trains racing toward one another. It's a disaster waiting to happen. Love becomes an all-consuming force of nature.

Calling things by their name

Maron's biography and her literary career are marked by her courage in calling things by their name — even at the risk of making herself unpopular.

In her debut novel, Flugasche (Flight of Ashes) from 1981, the journalist who was living in East Germany criticized the environmental atrocities of the GDR's state-directed economy. It was an absolute affront, particularly considering that the one doing the writing was the step-daughter of a high-level party official of the GDR.

Maron takes a no-holds-barred approach when it comes to describing her characters and their feelings of love in Animal Triste. She is critical and cool when it comes to analyzing the aging female body in a literary form.  There are no delusions, no space given to a metaphorical white-washing of mortality.

"At my age, one can be regarded as beautiful if one doesn't evoke disgust in other people. I still take regular showers and I take care that my nose doesn't drip."

Some critics reproached Maron for betraying her political profile with this love story. They called it "escapist." Yet the backdrop to this love story is a reunited Germany. By assembling all of the narrative building blocks of this story like a mosaic, a poignant and vivid portrait of Berlin after the fall of the Wall emerges.

Monika Maron was born in Berlin in 1941. She grew up in the GDR, before moving to West Germany in 1988. Her first book, Flight of Ashes, was not permitted to be published in East Germany, but was released in West Germany in 1981. In the book, she revealed the massive environmental problems of the GDR in focusing on the region of Bitterfeld. In 2009, the author analyzed the area again, this time looking at the massive development of the solar industry.  Monika Maron has published more than 10 novels, as well as stories and essays. Among others, she has received the German National Prize.