Ruge tells DW why he thinks his novel "In Times of Fading Light" didn't come off to international readers as "German," despite being set in the German Democratic Republic. For him, global bestsellers are locally born. 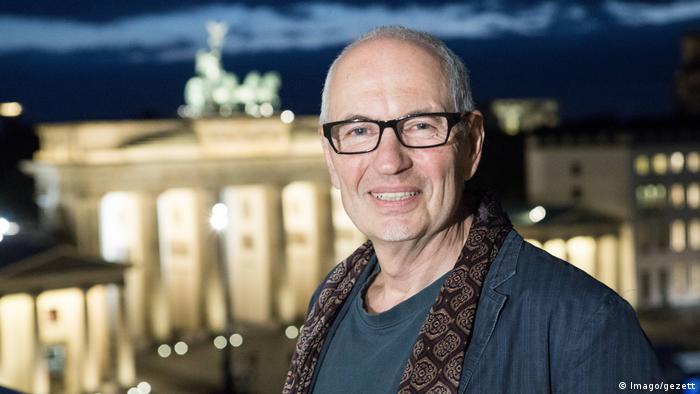 DW: Some typical preconceptions of German literature are that it is serious, bleak and devoid of humor. German authors are said to bring historical burdens into their writings. Who would want to read these things outside of Germany?

Your debut novel, In Times of Fading Light (2011), tells the story of a family against the backdrop of the Second World War, the communist German Democratic Republic (GDR), German reunification — in short, it's very German. And yet it has been translated into many foreign languages, including English. Does this mean that the supposed hallmarks of German literature are popular internationally? Or is everything actually totally different? What interests your foreign readers?

Eugen Ruge: It would be vain for me to quote The New York Times right now, but I can fairly say that all the reactions of the foreign press and all my international book reading trips have confirmed for me that my book is not perceived as being "German" — at least, not in the sense that it's serious, bleak and devoid of humor.  It's actually seen as the opposite: lightheartedly humorous despite the drama and wistfulness that blankets the whole thing. For it is, of course, a story of downfall, and more specifically, the downfall of the idea of a better, more just society — a socialist society. 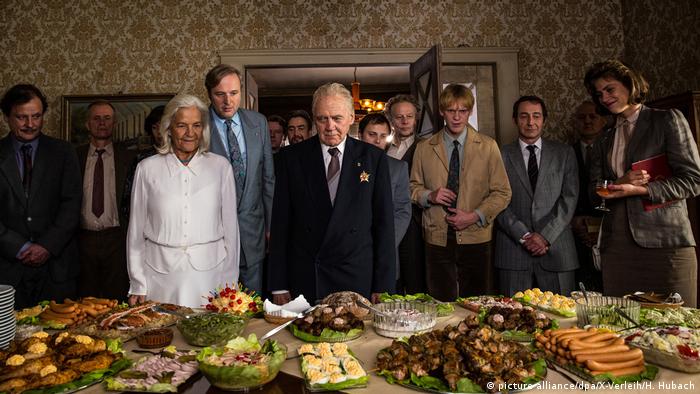 However, the point is that I don't try to present every single aspect of this.  I don't throw myself into presenting the major historic moments, and I don't spread second and third-hand knowledge. Instead, I tell the story of a family. I talk about the details, not the big picture. I look at the things that are apparent at a lower level, things that are bizarre, sometimes absurd. They're the human dimensions of grand histories, and they are understood everywhere.

For American readers, the GDR and its inhabitants normally seem very different and very far away. But when I read aloud about the Umnitzer family and the complications they face at Christmastime, then Americans are surprised at how similar these distant, different people are [to them].

'I returned to storytelling'

Were your American readers then surprised that a German author can also be an entertaining storyteller? What expectations, or maybe even biases, were you confronted with when you gave book readings in foreign countries?

Firstly, I admit that German literature can absolutely be intellectually dense and self-important, just as it can be superficial and dumb. But of course, German literature, including contemporary literature, can offer something truly great. If some Americans were surprised that German books can also be readable, this is due less to German authors alone and more to the fact that the US in general barely pays attention to what is going on overseas.

The US is a cultural hegemon. That's the reason why German books only rarely make it to America. It's not because American authors write better.

But I agree with you that American authors have a more undaunted relationship to storytelling. I am also a storyteller, but one who returned to storytelling. Perhaps this detour is part of the European, maybe also the German in me.

What kind of a detour was it? And what about that is German or European?

When I use the word detour, I'm referring to the major storytelling crisis that has primarily affected European and German literature even since the famous The Letter of Lord Chandos [Editor's note: a prose work written by Austrian writer Hugo von Hofmannsthal in 1902 that takes the form of a letter from a fictional lord to English philosopher Francis Bacon and dealt with a crisis of self-expression in literature and language]. I, too, suffered this crisis quite personally.

Personal perspective, chronology and dealing with a subjective experience of time are not classic techniques. Of course, all this can also be found in America, and maybe I'm being unjust, but Americans are also unjust when it comes to us.

Your works have been translated into many languages. When you are writing, do you also think about potential readers who are somewhere else?

I think that every author directs his story at someone. You're not telling stories to yourself. I didn't address a specific reader, but rather, the summation or the epitome of all the readers I could imagine. Twenty years after the fall of the Wall those people were absolutely from all over the world. I didn't write exclusively for GDR citizens or people who were familiar with East Germany, but for the world. But I don't think that is all it takes to write a novel that is a worldwide success. 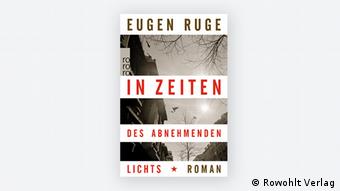 The german cover of Ruge's first novel, 'In Times of Fading Light'

Today, just as yesterday, development programs are needed to help German-speaking authors break into the English-language market. All the same, there is hope since their share in the English market has risen significantly over the past years, as our list of 100 German Must-Reads shows. Has German-language literature changed? What is needed to actually write world literature?

At first glance, this may seem to contradict the previous answer, but I would way say that all art somehow is born out of the regional. Earlier in my life I would have laughed at such a claim, but today I believe it. It applies to music — just look at blues music, rock, or take for example Mexican-American musician Carlos Santana. He's successful because he found creative inspiration in his Latin American roots. The same is true for painting. And more than ever for literature.

Great literature doesn't come from someone somehow thinking and feeling globally, and it definitely doesn't have to take place in seven global capitals simultaneously. Think about The Old Man and the Sea. Most of the novel takes place in a fishing boat that is six meters long. Literature, or at least what I consider to be literature, arises from concrete experiences and knowledge.

Naturally one person can call different cultures home, but he who is at home everywhere, is at home nowhere. And he who writes about everything, writes about nothing. Maybe I'm wrong, but I don't think the fact that In Times of Fading Light partially took place in Mexico and Russia along with Germany necessarily explains why it was successful. I think it had more to do with the story's characters and their fates, which I know well and which I am closely connected to. It's not a book about great heroes and actions, but one about losers and loss, things by the wayside, things that are small. 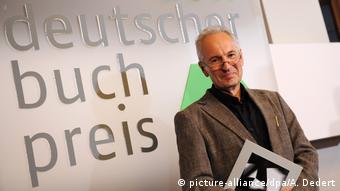 Ruge's book 'In Times of Fading Light' won the German Book Prize, one of the German-speaking literary world's most prestigious prizes

Euge Ruge was born in 1954. He primarily worked as an author for theater, TV and radio before writing his first book in 2011. 'In Times of Fading Light' is a story about family that simultaneously tells the history of the German Democratic Republic. It won the German Book Prize, among other awards, and has been translated into numerous languages.

These 11 German-language authors have been awarded Germany's most prestigious literature prize: the German Book Prize. It's presented at the Frankfurt Book Fair by the German Publishers and Booksellers Association. (13.10.2015)