As Germany's financial center, Frankfurt, or Bankfurt, is home to some of the world's biggest banking institutions. Less known, but equally impressive, is the city's flourishing arts scene. 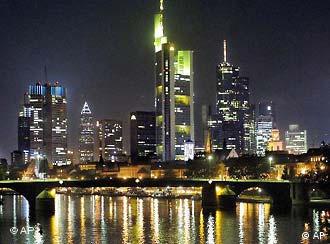 Frankfurt am Main may be the city's official name but it's often referred to as Bankfurt or Mainhattan. That's hardly surprising: the city has more than 40 gleaming skyscrapers, the fourth-largest stock exchange in the world (the Börse) and 400 banking institutions, including the European Central Bank -- home of the euro and all things monetary. Frankfurt also has the second largest airport in Europe and hosts some of the largest trade fairs in the world, including the Frankfurt Book Fair. It's no wonder that most people who come here are on business.

What, unfortunately, goes unnoticed by the passers-through is the city's incredible art scene. Spurred by critics who said this financial capital lacked a cultural soul, wealthy locals poured money into the arts, funding a mini museum-building boom in the early 90's. This medium-sized city of 650,000 spends more money per year on the arts -- up to 10 percent of the city budget -- than Paris, London or any other major city in Europe. And even if the airport is all you see, there's an art gallery there as well.

Along with the power-house museums, an independent gallery scene has cropped up, giving the city a respectable alternative edge and acting as a counterweight to the suits and ties and creating a bohemian oasis in a capitalist desert.

The lay of the land 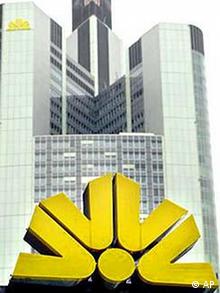 The 'Main' part of Frankfurt's name comes from the river that bisects the city running east to west. The north half could be Chicago's sister city with its sky-high glass towers marking the metropolitan banking and business sector. Among the towers leading the skyline is the Commerzbank building (photo). Completed in 1997, it was designed by Sir Norman Foster, who also gave the Reichstag parliament building a facelift in Berlin.

The bustling banking center doesn't go to sleep at the end of business hours, but buzzes well into the night -- until the stock exchange bell rings in New York five hours later.

Things are a little more relaxed outside of the concrete jungle, down towards the river in Römerberg, the Altstadt (Old City) district. In extreme contrast to the banking area, Römerberg has some of the only remaining medieval and historically significant buildings in the city that survived Allied bombing during World War II. German democracy was born in Paulskirche, where the first constitution was written in the middle of the 19th century. The Kaiserdom, an imperial cathedral, is where ten German emperors and kings were crowned. 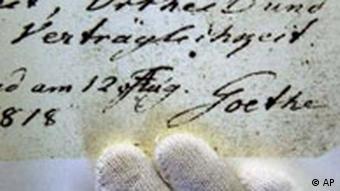 Johann Wolfgang von Goethe, the father of modern German literature, was born in Frankfurt almost 250 years ago, and his timber-framed house (open to tourists) -- where he penned The Sorrows of Young Werther and Faust -- is also just minutes away from the Altstadt.

Just a short walk across the historical Eiserner Steg bridge to the other side of the Main River brings one to the cultural promenade dubbed the Museum Embankment (Museumsufer). Ten years ago 'Frankfurt' wasn't mentioned in the same breath as "fine art," but things have since changed dramatically. After a thorough remodelling and expansion under the guidance of architect Johannes Krahn, the 125-year-old Städelsches Kunstinstitut (Städel Art Institute) reopened in 1999 as the city's flagship for classical painting and sculpture. 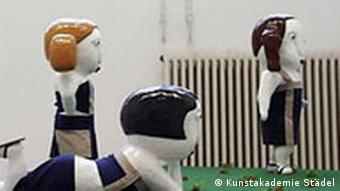 The Städel houses an impressive collection of works by Van Eyck, Rubens, Vermeer and others.

The Museum for Modern Art is another noteworthy new addition to the city. Completed in 1991, the triangular modern structure was designed by Austrian-born architect Hans Hollein and displays a modern collection, including Roy Lichtenstein, Claes Oldenburg and Joseph Beuys.

The endless list of cultural highlights --Frankfurt has over 40 museums in all -- includes a Communications Museum, Museum of Applied Arts, Jewish Museum and the German Museum of Film. But Frankfurt's flourishing cultural scene extends beyond its powerhouse museums.

The money flowing through the city nourished a cultural renaissance during the late '80s, bringing with it a new ballet company under the direction of American choreographer William Forsythe, the Künstlerhaus Mousonturm, which exhibits interdisciplinary art, as well as the Portikus Gallery and the MAK Frankfurt center for art and design. In a nod to the city's cultural advances, the organizers of the Manifesta art show chose the city to host their fourth event in 2001. A number of world-class galleries also came into prominence in the city's Altstadt in the area surrounding the Schirn Kunsthalle and the Römerberg.

Sachsenhausen, west of the Museumsufer, along the Schaumainkai, is a great place to grab some food and drink after a long day of contemplating art. Here you have a choice: Turn eastwards towards Schweizer Strasse lined with its bistros, posh cafés and trendy shops; or head west towards Alt-Sachsenhausen where things get a bit more burly. This is a great area to try Frankfurt's finest -- Ebbelwoi (apple wine) or "Handkäse mit Musik," a local specialty of picked cheese and onions.

A good place to start off the evening is at any of the apple wine taverns throughout the city. With close to 48,000 students in Frankfurt (not to mention the artists), the city really comes alive at the dance and music clubs, especially after a couple of glasses of Ebbelwoi. Some of the best places are located along the streets surrounding the northern part of the city center at the Fressgasse and Zeil.

To the south, the Römerberg and Sachsenhausen offer abundant dining and nightlife opportunities. Berger Strasse in Frankfurt's Bornheim District is home to a thriving bar, restaurant and café scene, where you are as likely to bump into young flight attendants from Lufthansa as you are up-and-coming bankers in their casual weekend wear.

Frankfurt kicks off the year with the pre-lent Fastnacht parades, then moves into the International Music Trade Fair in March, followed by the International Jazz Festival and the fitting "Skyscraper Festival" in May. August is a great time to visit Frankfurt when the Mainfest and the Museumsuferfest fill the riverside area with art and apple wine. The world's largest Book Fair, founded in 1480, takes place in October.

Most of Frankfurt's major financial houses are closed to the public, but it's worth taking a quick walking tour through the city to see some of Europe's most spectacular skyscrapers. The most noteworthy are the Commerzbank building, at Kaiserplatz, Deutsche Bank's impressive glass twin towers at Taunusanlage 12 and the European Central Bank, which rises above the city from its perch at Kaiserstrasse 29.

The Börse
The Deutsche Börse, Neue Börsenstrasse 1, is home to Germany's stock exchange and the international DAX index. For more information, visit the Börse Web site at www.deutsche-boerse.de or call ++ 49/69-21010.

Museumsufer
The almost one-mile long promenade along the Main River is home to the Museum for Applied Arts, the German Film Museum, the German Architecture Museum, the Museum of Post and Communication, the Museum of World Cultures and the Städel. For more information about exact locations and opening hours, check out http://kulture.inm.de

The world's largest gathering of publishing professionals and authors, the Frankfurter Buchmesse generally takes place during the second week of October. This year, the event will be held between Oct. 8-13. For more information, visit the fair's Web site at http://www.frankfurt-bookfair.com/.

Facts and figures about touring and doing business in Frankfurt.

The official tourist Web site of the City of Frankfurt, in English.