The company was found guilty of setting up an elaborate system to illegally spy on its French employees. The ex-boss of Ikea France, Jean-Louis Baillot, was handed a two-year suspended prison sentence. 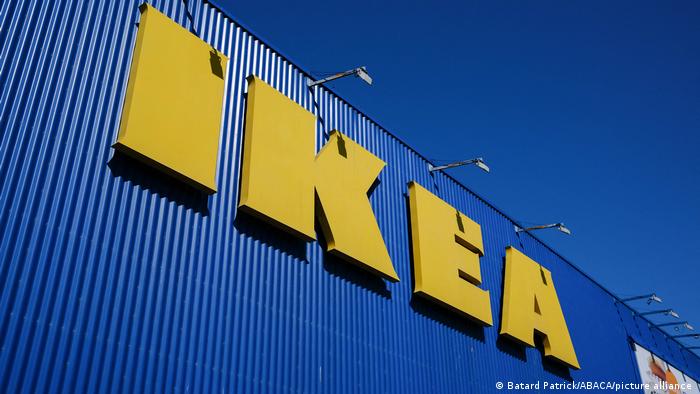 The company's former CEO was handed a 2-year prison sentence

A French court ordered the furniture and home furnishing conglomerate Ikea to pay a fine of €1 million ($1.2 million) on Tuesday after the retailer was found guilty of spying on its staff and storing employee data.

A criminal probe into the company was opened in 2012 following reports of a widespread snooping scheme that was used against employees as well as customers who were in disputes with Ikea France.

Prosecutors said the French subsidiary hired a private security company and private detectives to illegally obtain information on its employees and prospective staff as part of a "spying system" that operated from 2009 to 2012.

Prosecutors had sought a €2 million ($2.4 million) fine against the company.

Baillot had previously denied wrongdoing and blamed the former head of risk management, Jean-Francois Paris, who has admitted to sending names of people to a private security firm, Eirpace.

Some 15 people were on trial over the spying system, among them another former CEO of Ikea France, Stefan Vanoverbeke.

Those on trial also included four police officers who are accused of handing over confidential information to Ikea France.

Founded in 1943, Swedish multinational Ikea is famous for its ready-to-assemble furniture, kitchen appliances and home accessories. It has around 400 stores worldwide.

Ikea's first Indian outlet has opened in the southern city of Hyderabad. The Swedish company — famous for its self-assembly products — said it planned to add over 20 additional stores in the next seven years.

After a public backlash over the catalog aimed at Orthodox Jews in Israel, the Swedish furniture giant has issued an apology. Ikea has previously come under fire for airbrushing women out of its Saudi Arabian catalog.

Not all agreed with Bloomberg, when it recently called furniture retailer Steinhoff "South Africa's Enron," but the evidence of financial malfeasance is hard to ignore. Not long ago the company was "South Africa's Ikea."