Global oil markets will continue to be oversupplied into 2016, the International Energy Agency has predicted, as demand around the world wanes while freshly de-sanctioned Iran increases its output. 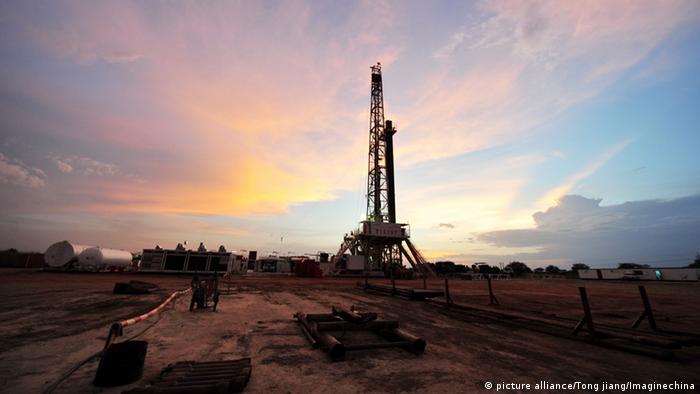 A dreary outlook for the world economy would likely stunt consumer demand for oil well into next year, the IEA said Tuesday in its monthly oil market report.

Recently, the International Monetary Fund said it thought global growth would be one-fifth of a percentage point lower than an earlier prediction. The vulnerability of the world economy, which was highlighted by the IMF's downwards revision, plus the lifting of sanctions against oil producer Iran, could keep oil markets even more flush with the finite natural resource

Russia's currency has dropped considerably along with the price of crude oil. It's a reminder of the Russian economy's extraordinary level of dependency on fossil fuel exports, pundits say. (24.08.2015)

The Organization of the Petroleum Exporting Countries has admitted its policy of keeping oil output high has only had a limited impact on rival suppliers. OPEC raised its forecast of oil production in non-member states. (11.08.2015)

Chinese imports have plummeted in the past few weeks, adding to the Asian nation's current economic woes. Exports also dipped on falling demand for some commodities, but to a far lesser extent, Beijing reported. (13.10.2015)

One of the factors affecting investor sentiment is an apparent economic slowdown in China. Last week, the International Monetary Fund warned that the world's No. 2 economy could be in for a hard landing if it didn't get a grip on the current macroeconomic challenges facing it.

China's seemingly insatiable appetite for commodities has been a primary driver of growth around the world for decades. China's endless demand for raw materials as it built one infrastructure project after another was a huge boost for its trade partners.

But surprisingly, demand for oil in China has not diminished as the country has battled to keep its currency afloat and counter a stock market rout.

"Our preliminary August estimate posted a near double-digit percentage point gain in year-on-year terms despite the otherwise ailing macroeconomic backdrop," the IEA noted.

In other oil news, the chief economist at BP, Spencer Dale, told a conference in London on Tuesday that he didn't think the world's remaining oil reserves would ever dry up because people were too concerned about climate change.

As a consequence, the relative price of oil would not necessarily go up, Dale said.

"Concerns about carbon emissions and climate change mean that it is increasingly unlikely that the world's reserves of oil will ever be exhausted," he said.