Iceland’s citizens help draft new constitution via the Internet | Europe | News and current affairs from around the continent | DW | 30.07.2011

In a possible world-first, Iceland’s citizens have helped draft a new constitution via social networks such as Facebook and Twitter. The draft document has been presented to Iceland’s parliamentary speaker. 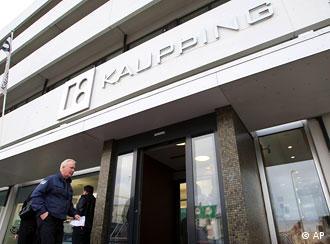 Iceland's economy was on the brink of collapse in 2008

A council of 25 ordinary, publicly-elected Icelandic citizens presented a draft constitution to Iceland's parliamentary speaker Asta Ragnheidur Johannesdottir on Friday. This may be the first time that citizens have actively contributed suggestions via the Internet and were able to follow progress on social networks such as Facebook, Twitter, YouTube and Flickr.

The constitution of the island nation of 320,000 people was first instituted in 1944. The Icelandic parliament, known as Althingi, agreed in 2010 that the country's citizens should be involved to include their viewpoint, on the core values of the constitution.

The council began work on the draft constitution in April. During this time, its work was posted on the Internet. Icelanders submitted around 1,600 propositions and comments on the council's website.

"The reaction from the public was very important," said Salvor Nordal, the head of constitutional council. Most of the suggestions had to do with a revised economic model, following Iceland's economic collapse in 2008. All Iceland's major banks failed at the time, leading the country to the brink of economic collapse. 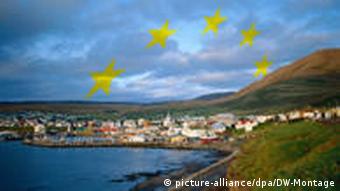 There is little public support for Iceland to join the EU.

"This triggered massive social movements, and mounted pressure to revamp the constitution, and for the process to be led by ordinary citizens," said council member Silja Omarsdottir.

Some of the suggestions were extreme or even bizzare. One suggested that Iceland's natural resources were to be designated public property and no private organization or individuals would be permitted to own them or the rights connected to them. Another proposal wanted to "kill all capitalists."

Johannesdottir said the draft would be examined by a parliamentary committee starting on October 1.

The people of Iceland have voted for dozens of ordinary citizens to be tasked with the job of drafting a new constitution. The poll comes as the country struggles to recover from its recent banking crisis. (28.11.2010)