Iceland votes for citizen assembly to draft new constitution | Europe | News and current affairs from around the continent | DW | 28.11.2010

The people of Iceland have voted for dozens of ordinary citizens to be tasked with the job of drafting a new constitution. The poll comes as the country struggles to recover from its recent banking crisis. 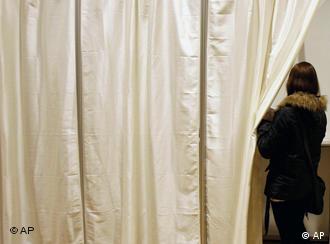 Polling began on Saturday morning with results expected on Monday

Icelandic voters went at the polls on Saturday to vote for an assembly of ordinary people who will shape the country's first-ever independently drafted constitution.

Up to 523 candidates are contesting a place on an assembly of between 25 and 31 people who will work on a charter to replace the one adopted when Iceland became independent from Denmark in 1944. There is no requirement that people on the assembly have university degrees.

Iceland has since adhered to a customized version of Denmark's constitution with some extra clauses added and the Icelandic president, rather than the Danish monarch, referred to as head of state.

A spokesman for the Icelandic Justice Ministry told the news agency AFP on Saturday that it expected some 50 percent of the electorate to take part in the vote.

The assembly is expected to radically alter the current contract between state and citizen, considering suggestions put forward by 1,000 randomly chosen citizens aged from 18 to 89 years old. 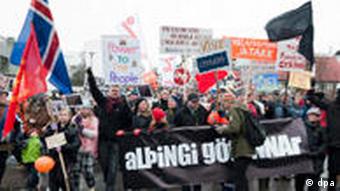 Icelandic people took to the street earlier this year

Proposals include the separation of church and state as well and the public ownership of all natural resources.

There is also a call for a clear separation of the legislative branch of government from the executive. Although the decisions are not binding, the government has indicated that a well-drafted and unanimous proposal would probably be "morally binding."

Prime Minister of Iceland Johanna Sigurdardottir has said she hoped that the revised constitution would establish a new social contract that would contribute to national reconciliation.

Sigurdardottir's comments follow public anger against the political elite over the collapse of one of the country's major banks, Landesbanki, and the subsequent handling of the situation. 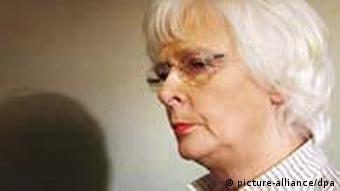 Iceland was one of the first countries in Europe to see widespread public resistance to government measures aimed at dealing with the banking sector collapse and global financial downturn.

The Icelandic capital Reykjavik was the scene of demonstrations in March ahead of a public referendum on a government plan to compensate the Dutch and British governments over the failure of Icesave, a Landesbanki subsidiary. Icelandic voters subsequently rejected the proposed compensation package.

Results of the vote are not expected to be announced until Monday.

In the aftermath of Iceland's financial collapse, many citizens are planning to leave the country to find work and a more secure future. (17.08.2009)

The inauguration of the architects of Chile's post-dictatorship constitution was interrupted by clashes between police and protesters.