Iceland blasts US demand for lawmaker′s details in WikiLeaks probe | Europe | News and current affairs from around the continent | DW | 09.01.2011

Icelandic politicians have blasted US demands for Twitter to hand over a member of parliament's account details. Birgitta Jonsdottir faces investigation as one of several people connected to the website WikiLeaks. 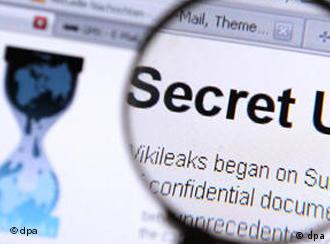 Politicians in Iceland have hit out at a US request for Twitter to hand over details of a member of the country's parliament because of her connections with WikiLeaks.

A subpoena for parliamentary representative Birgitta Jonsdottir's details was issued as part of an investigation involving several individuals associated with the whistle-blowing website. 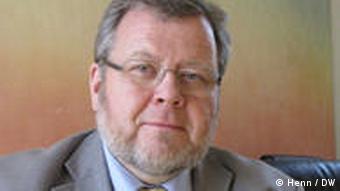 Skarphedinsson denounced the US demand as 'intolerable'

Icelandic Foreign Minister Oessur Skarphedinsson said it was not acceptable that US authorities had demanded the information.

"According to the documents that I have seen, an Icelandic parliamentarian is being investigated in a criminal case in the United States for no reason at all," Skarphedinsson told Icelandic public radio RUV.

"It is intolerable that an elected representative is being treated like that," he said.

The country's Interior Minister Oegmundur Jonasson told the Icelandic daily newspaper Morgunbladir that the investigation into Jonsdottir was "serious and peculiar" and voiced support for WikiLeaks' actions in releasing classified information online.

Jonsdottir formerly acted as a spokeswoman for Wikileaks and was involved with the website's release of classified video footage last year showing a US Apache helicopter shooting dead Iraqi civilians, including two journalists from the news agency Reuters.

On Twitter, Jonsdottir said that she would call Iceland's justice minister to discuss the request, and hinted that she felt menaced by the US request.

"(The) USA government wants to know about all my tweets and more since 1 November 2009. Do they realize I am a member of parliament in Iceland?" 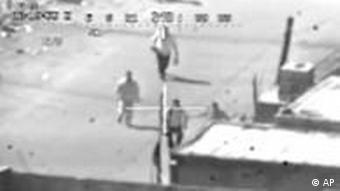 "I think I am being given a message, almost like someone breathing in a phone," she said.

Demand for online and personal data

The subpoena obtained by the US Department of Justice in mid-December was made public on Friday after San Franciso-based Twitter won a legal battle requesting a right to inform the individuals involved. Among the information sought are online connection records, session times, IP addresses used to access Twitter, emails and residential addresses as well as bank and credit card account details.

The US is examining possible charges against Assange over the publication of the cables, which it claimed were irresponsible. The US State Department said on Friday that it had issued warnings to several hundred people worldwide who it believed had been put at risk by the release.