A quake near the capital, Reykjavik, has caused increased volcanic activity. It was followed by dozens of strong aftershocks. 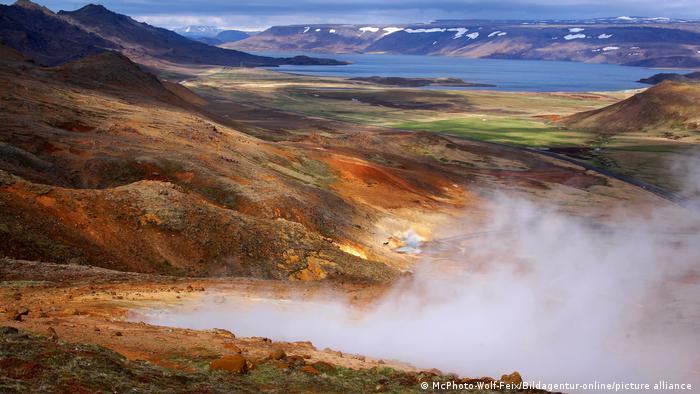 Southwestern Iceland was rocked by a series of earthquakes Wednesday. According to geological experts in the US and Iceland, the epicenter of the main quake was located near Mt. Keilir, roughly 30 kilometers (19 miles) south of the capital Reykjavik.

Experts say shocks from the quake, which registered 5.7 in magnitude, sparked increased volcanic activity, triggering a number of aftershocks registering over 4.0 for hours after the initial quake hit.

"It's an intense activity zone, we are all well aware of that but I've never experienced or felt so many strong earthquakes in such a short period of time. It's unusual," as the Icelandic Meteorological Office's (IMO) earthquake hazards coordinator Kristin Jonsdottir told Icelandic public broadcaster RUV.

Though the region has yet to experience eruptions as a result of the increased activity, the IMO nevertheless raised aviation warnings from green to yellow over the Krysuvik volcano system.

The last eruption to occur in the area, which is located on a tectonic fault, was in the 12th century but more recently, the eruption of Iceland's more southerly Eyjafjallajokull volcano over six days in 2010 caused massive disruption to international air travel, affecting as many as 10 million travelers.