Two strong earthquakes have struck the Bardarbunga volcano in southeastern Iceland. Authorities have downgraded an aviation alert from red to orange, and say there is no sign of an imminent eruption. 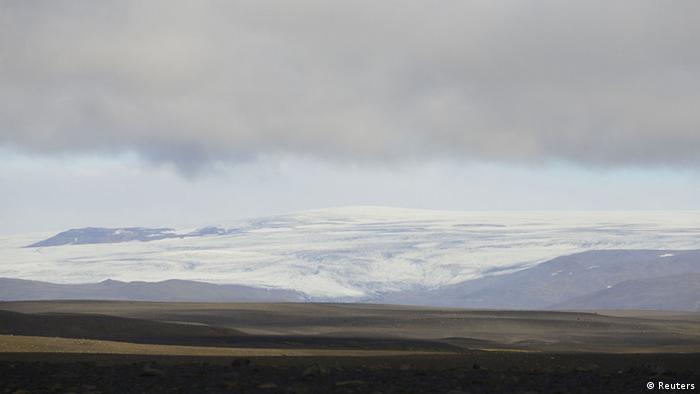 The earthquakes struck near the Scandinavian country's Bardarbunga volcano early on Sunday, registering magnitudes of 5.1 and 5.3 on the Richter scale, according to Iceland's Meteorological Office.

The latest quakes represent the strongest seismic activity recorded at Bardarbunga since 1996, Gunnar Gudmundsson, a geophysicist at the Met Office, told news agency DPA. At this stage it isn't clear whether the tremors indicate an increased risk of an eruption, or of magma reaching the surface, he said.

The Bardarbunga volcano is located beneath the Vatnajokull glacier - a remote, uninhabited area about 320 kilometers (200 miles) from the capital, Reykjavik.

Thousands of smaller earthquakes have been registered in the region over the past week. On Saturday, scientists also reported a small lava eruption under the ice, prompting the Met Office to issue a red alert for air traffic.

The warning, which signals that a "significant emission of ash" into the atmosphere is likely, was later downgraded to orange on Sunday.

A surveillance flight spent three hours observing the glacier late on Saturday, but the Met Office reported the team didn't find evidence of volcanic activity at the surface of the glacier.

Dozens of tourists and hikers have been evacuated from highland areas surrounding the volcano, while people in nearby communities were warned to stay alert and monitor the situation.

In 2010, an ash cloud produced by the eruption of the Eyjafjallajokul volcano prompted the widest airspace shutdown since World War Two. During a week of aviation chaos more than 100,000 flights were cancelled and eight million people stranded.

Iceland is home to more than 100 volcanic mountains, some of which are among the most active in the world.

Eruption of Islandic volcano could shut down European airspace

Authorities in Iceland warn the eruption of Bardarbunga volcano, the country's second-highest peak, could cause a closure of airspace after seismic activity kicks up. Up to 500 people have been evacuated from the area. (21.08.2014)

Iceland's Bárðarbunga volcano: Europe could soon be under another giant ash cloud

Europe is keeping an anxious eye on the north as one of Iceland's biggest volcanoes shows signs of activity. Will a new ash cloud paralyze our aviation industry? Here's 10 facts you need to know. (20.08.2014)