As calls for gender equality grow louder around the world, a gathering in the Icelandic capital offers a glimpse of what a matriarchy might achieve. 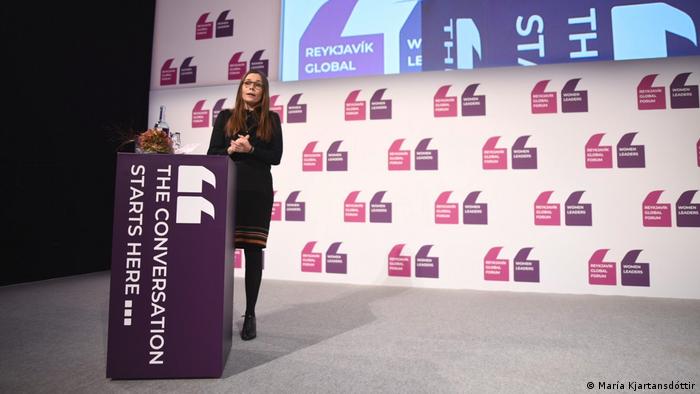 It is now seven years since Julia Gillard made the speech for which she will forever be remembered.

She was Australia's prime minister at the time, and was addressing the then leader of the opposition Tony Abbott. Pointing at him across the parliamentary divide, she reeled off verbatim a catalogue of his most sexist remarks.

They included the rhetorical question, apparently uttered during an interview:

"What if men are by physiology or temperament, more adapted to exercise authority or to issue command?"

The address made waves — Hillary Clinton described it as "striking" — but it did not save Gillard's political career, which ended a year later when she resigned after losing an internal leadership battle.

Since then, she has devoted herself to advancing the cause of female leadership and battling attitudes of the kind expressed by Abbott. 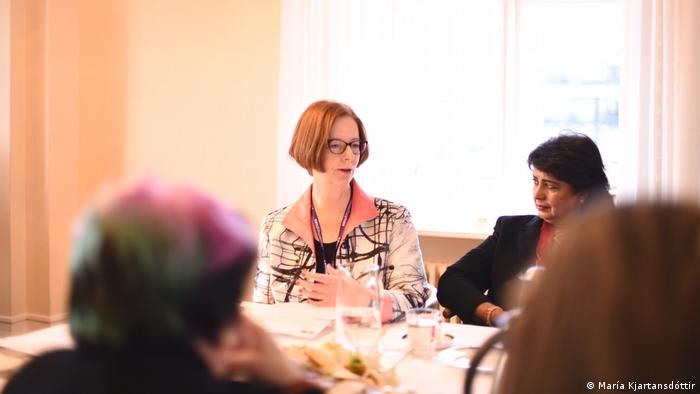 Australia's former prime minister Julia Gillard (left) is one of about 450 female leaders from politics, business, academia and the arts, who have gathered in the Icelandic capital for the Reykjavik Global Forum

Launched last year with the intention of facilitating the exchange of ideas among female leaders, the Reykjavik Global Forum is already confidently being referred to as an annual event.

The agenda is strikingly diverse. What is most unusual about the conversations taking place here is how evenly the political and the personal are weighted. Fostering resilience is considered as worthy of discussion as strategic investment in Asia. Questions like "how to turn grief into action" are considered alongside "how to reverse ocean pollution."

The multifaceted approach is a nod to the complexity of the issue at hand. "Gender equality is easy to say, hard to do," World Bank Vice President Sandie Okoro tells DW. "It's far harder to be a woman in the public eye than a man."

It's a view shared by Victoria Budson, who leads the Women and Public Policy Program at the Harvard Kennedy School.

"The research shows that women have to do more proving, where men are presumed to be competent," she says.

This cognitive bias could go some way towards explaining why the overwhelming share of the world's political and corporate power is still held by men. Women make up less than a quarter of national parliamentarians and only 15 percent of corporate board members. 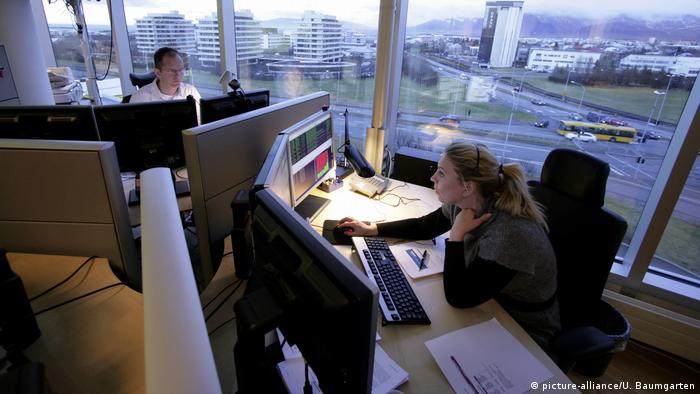 Iceland provides a fitting backdrop for conversations aimed at redressing the balance. According to the World Economic Forum Global Gender Gap report, it is the best place in the world to be a woman. Paid parental leave, equal pay laws and consensus across the political spectrum on issues of gender equality are frequently cited as explanations for its success.

"We are a good example of how equality can create better societies," Icelandic Prime Minister Katrín Jakobsdóttir tells DW. Next year, her government will join New Zealand and Scotland by incorporating wellbeing into the national budget. The move is part of a joint effort to redefine a nation's success by measuring its citizens' quality of life rather than its GDP. The three participating countries are, incidentally, all headed by women.

One key idea behind the Reykjavík Global Forum is that attitudes must be identified before they can be changed. This, of course, requires some hard data.

To this end, the organizers have commissioned data and consulting firm Kantar to create a measurement of how people feel about women in leadership. The 2019 Reykjavik Index focuses on the G7 nations (United States, United Kingdom, Japan, Germany, France, Italy and Canada) as well as Brazil, Russia, India and China.

Among the most startling findings was that only 8% of Russians said they would be very comfortable with a female head of state. Canada, although it has only ever had one female prime minister, came out top at 59 percent.

Laura Jones is a research associate at the Global Institute for Women's Leadership. The organization is attached to King's College London and was founded by none other than Julia Gillard.

Last year, an analysis conducted on behalf of the institute found that almost nine out of ten experts being quoted in the British media on business and finance-related topics were male. This is all the more significant when one takes into account that female economists are far more likely than their male counterparts to recommend government intervention than market solutions.

"It's nothing to do with genetics or biology," Jones tells DW. "It's to do with lived experience." 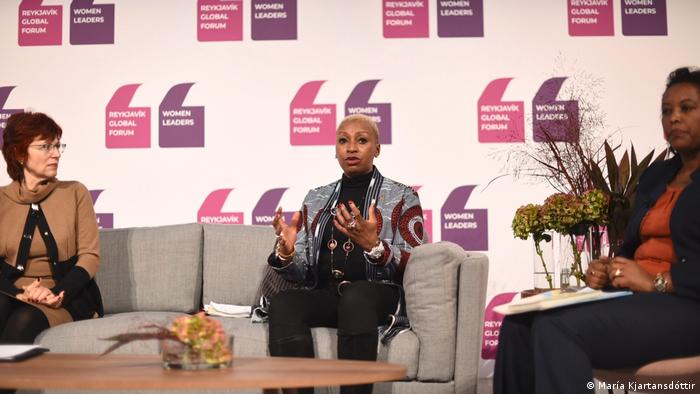 For the past three days, the Reykjavik forum has provided the ultimate safe space for women to share those lived experiences. Many of the leaders have used the opportunity to make pledges to take action on causes close to their hearts.

But the audience in the outside world may not always be receptive. Four thousand kilometers away, in Washington DC, the seat of power in the world's biggest economy belongs to a man who has boasted about grabbing women's genitals, frequently derides female public figures for their appearance and led chants of "lock her up" against his presidential rival. Last week, in Britain, the Queen's son Prince Andrew caused consternation when he described the behavior of his former friend, the sex offender Jeffrey Epstein, as "unbecoming."

In her closing remarks, the Icelandic Prime Minister mentioned climate change and rising populism as some of the issues in urgent need of female leadership:

"Women have a long tradition of collaboration across borders, making compromises, and unifying around causes. The world needs this set of skills more than ever."