ICC under fire for seeking Afghanistan probe without US focus

The tribunal wants to "deprioritize" a probe into alleged US war crimes in Afghanistan and focus instead on the ruling Taliban and the "Islamic State Khorasan." Afghan human rights defenders have slammed the move. 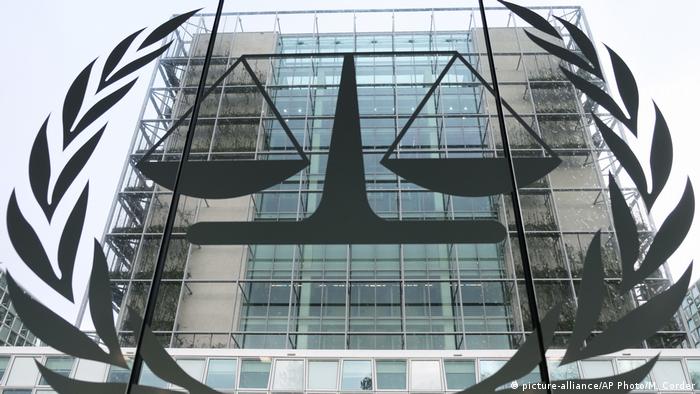 The new chief prosecutor of the International Criminal Court (ICC) said Monday that he wants to resume a war crimes probe into Afghanistan and shift the focus of investigations from US soldiers to the Taliban and the "Islamic State Khorasan" (IS-K).

Karim Khan, who was sworn in as the new chief prosecutor in June, said in a statement that he has filed an "expedited" order to recommence the probe, citing concerns that Afghanistan could no longer carry on independent investigations under Taliban rule.

Khan said: "There is no longer the prospect of genuine and effective domestic investigations."

Why was the probe put on hold?

The ICC was set up in 2002 as a court of last resort, which only interferes if reported atrocities occur in countries that cannot, or will not, bring the perpetrators to justice. This is known as the principle of complementarity.

The tribunal had already spent over a decade investigating war crimes in Afghanistan before Khan's predecessor, Fatou Bensouda, opened a full-fledged investigation in 2020.

The probe, which was approved by judges, was set to investigate offenses in Afghanistan committed since 2003 by Afghan government forces, the Taliban, and US troops and intelligence agents.

The investigation was deferred the same year after Afghan authorities asked to take over the case.

In his statement, Khan said the Taliban's takeover represented "a significant change of circumstances" in regards to Afghanistan's deferral request. 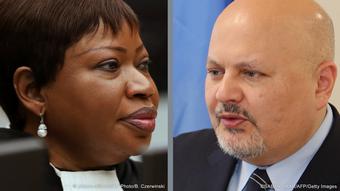 Following the announcement, human rights campaigners denounced the ICC's decision to deprioritize US investigations and warned the decision could grant the US "impunity for torture."

Katherine Gallagher, a senior staff attorney at the Center for Constitutional Rights and a legal representative for victims of US torture at the ICC, said she was "stunned" to read about the decision in a press release.

Gallagher told DW that the decision was "the wrong footing for the new prosecutor to start his nine-year term".

"The United States has refused to properly investigate its own torture legacy, and, thus far, ICC member states that furthered or hosted torture sites have also failed to do so," Gallagher said.

"If the prosecutor is indeed shuttering the US dimension of the Afghanistan situation, that sends a message that delay tactics and bullying the ICC yields result: former US officials and contractors will continue to enjoy impunity, and the message will be understood by other war criminals that the US playbook works," she added.

Samira Hamidi, a South Asia campaigner with Amnesty International, called on ICC to revise its decision, particularly in relation to a US drone strike in Kabul which killed at least 10 civilians.

"Looking at last US drone strike in Kabul that resulted in killing of innocent civilians including 11 children, ICC needs to revisit this decision and hold the US accountable too," Hamidi wrote on Twitter.

What exactly does the ICC want to investigate?

According to Khan, if resumed, the probe will look at allegations of indiscriminate attacks on civilians, executions, persecution of women and girls, crimes against children and other crimes.

Khan cited a suicide attack near Kabul airport on August 26, as one of the reasons why IS-K should be a priority in the investigations. The bombing killed 60 Afghans and 13 US troops, with IS-K later claiming responsibility for the attack.

"The gravity, scale and continuing nature of alleged crimes by the Taliban and the Islamic State ... demand focus and proper resources from my Office, if we are to construct credible cases capable of being proved beyond reasonable doubt in the courtroom," Khan said.

The prosecutor made no mention of the faulty US drone strike in Kabul despite a recent investigation by New York Times reporters suggesting US claims that it was targeting an IS Bomb were unsubstantiated.

Is the ICC shying away from US investigations?

The ICC's decision to also probe US crimes related to conflict in Afghanistan has previously sparked a strong rebuke from American officials.

Last year, the US imposed economic sanctions on two top officials at the International Criminal Court (ICC), after revoking visas of judges probing alleged US war crimes in Afghanistan and threatening to arrest them in previous years.

While Khan stopped short of naming the US in his statement, the top prosecutor said he has requested to "deprioritize other aspects of this investigation," seemingly referring to investigations of both Americans and former Afghan authorities.

Khan said his office will continue to preserve evidence of crimes, even in areas outside of its new priority focus.

"In relation to those aspects of the investigation that have not been prioritised, my Office will remain alive to its evidence preservation responsibilities, to the extent they arise, and promote accountability efforts within the framework of the principle of complementarity," Khan said.

ICC prosecutor asks for probe into war crimes in Afghanistan

An international war crimes prosecutor has said she will seek an official probe into violations in Afghanistan. If approved by ICC judges, the probe could include the US military and CIA.

Could US agents be tried for war crimes in Afghanistan?

The ICC is looking into possible war crimes committed by US forces in Afghanistan. There are doubts about whether any CIA agents will ever be prosecuted for torture - but there are other options.