The ICC chief prosecutor says the probe will be conducted "impartially" and will examine both sides in the conflict. 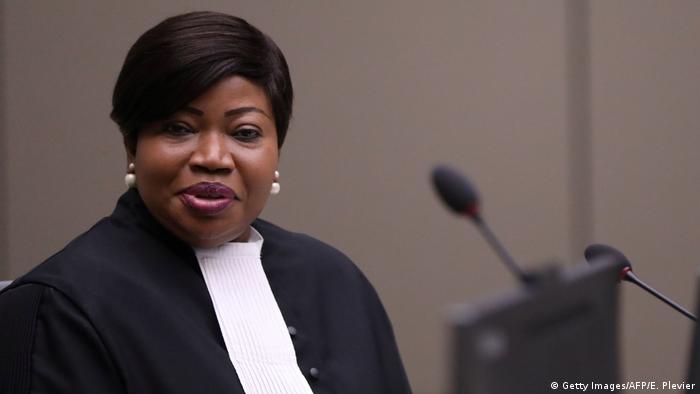 Prosecutor Fatou Bensouda says the investigation will be conducted 'independently, impartially and objectively'

The prosecutor of the International Criminal Court (ICC) in The Hague announced on Wednesday that her office would formally open a probe into reported war crimes in the Palestinian territories.

In a statement, Fatou Bensouda said the investigation would be carried out "independently, impartially and objectively, without fear or favor.''

War crimes 'are being committed'

Bensouda said the decision to open an investigation "followed a painstaking preliminary examination undertaken by my office that lasted close to five years."

"In the end, our central concern must be for the victims of crimes, both Palestinian and Israeli, arising from the long cycle of violence and insecurity that has caused deep suffering and despair on all sides," she said.

"My office will take the same principled, nonpartisan, approach that it has adopted in all situations over which its jurisdiction is seized," she added.

In December 2019, Bensouda declared that "war crimes have been or are being committed in the West Bank, including East Jerusalem, and the Gaza Strip."

She identified both the Israel Defense Forces and armed Palestinian groups including the Islamist group Hamas as possible perpetrators.

How did Jerusalem react?

Israel has strongly denounced the move and called it a "political decision". In a videotaped statement, Israeli Prime Minister Benjamin Netanyahu accused the court of "hypocrisy and anti-Semitism'' and promised to "fight for the truth."

"I promise you we will fight for the truth until we annul this scandalous decision," he said.

Foreign Minister Gabi Ashkenazi called it "an act of moral and legal bankruptcy'' and said Israel "will take every step necessary to protect its citizens and soldiers from legal persecution."

"The decision to open an investigation against Israel is an exception to the mandate of the tribunal, and a waste of the international community's resources by a biased institution that has lost all legitimacy," he said. Ashkenazi also alleged that the prosecutor's decision would further polarize Israelis and Palestinians and "distance" them from dialogue.

How did the Palestinian Authority react?

In a statement, the PA Foreign Ministry called the ICC investigation "a long-awaited step that serves Palestine's tireless pursuit of justice and accountability, which are indispensable pillars of the peace the Palestinian people seek and deserve."

It called for concluding the investigation swiftly because "the crimes committed by the occupation's leaders against the Palestinian people are lasting, systematic and far-reaching.''

US opposed to probe

"We will continue to uphold our strong commitment to Israel and its security, including by opposing actions that seek to target Israel unfairly, the ICC ... has no jurisdiction over this matter," Price told a news briefing.

The ICC's role in the region

The Palestinians joined the ICC in 2015 and have long pushed for an investigation into Israel, which is not a member of the court.

They have urged the court to look into Israeli actions during its  2014 war against Palestinian militants in the Gaza Strip, as well as  Israel's construction of settlements  in the occupied territories.

Israel, meanwhile, has accused the ICC of overstepping its limits, saying the Palestinians are not an independent sovereign state. Israeli officials defend their military actions in Gaza as acts of self-defense and have called for negotiations regarding the highly disputed West Bank.

Israel occupied the West Bank and the Gaza Strip in the Six-Day War of 1967, and later annexed east Jerusalem. The Gaza Strip is blockaded by Israel and ruled by Hamas.

According to the United Nations, at least five million Palestinians live under Israeli occupation.

Reactions from the international community

"The court's crowded docket shouldn't deter the prosecutor's office from doggedly pursuing cases against anyone credibly implicated in such crimes,'' said Balkees Jarrah, a director at HRW.

"ICC member countries should stand ready to fiercely protect the court's work from any political pressure," she said.

"All eyes will also be on the next prosecutor Karim Khan to pick up the baton," Jarrah added, referring to the British prosecutor who will replace Bensouda on June 16.

Bensouda is under US sanctions for her decision to probe reported US war crimes in Afghanistan. The US has also strongly condemned the Palestinian investigation.

The next step will be to decide whether Israel or Palestinian authorities themselves have investigations and whether to examine those.