The International Criminal Court has decided to suspend an investigation into alleged crimes committed in Sudan's Darfur region. The court's prosecutor blamed inaction on the part of the UN Security Council. 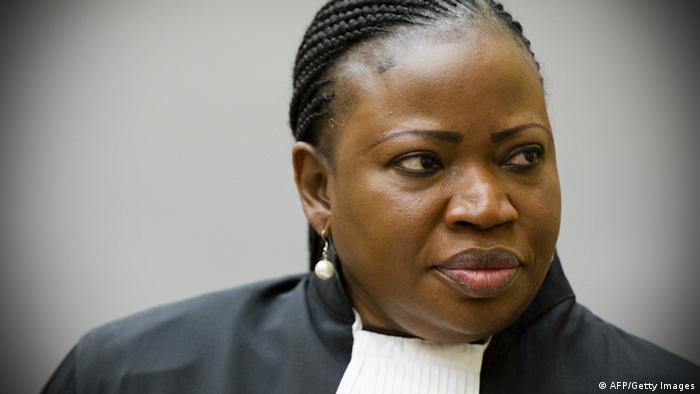 Fatou Bensouda, the prosecutor at the International Criminal Court (ICC), said Friday that she was discontinuing her investigations in Darfur because of a lack of initiative by the UN Security Council (UNSC).

"Given this council's lack of foresight on what should have happened in Darfur, I am left with no choice but to hibernate investigative activities in Darfur as I shift resources to other investigative cases," Bensouda said as she addressed the 15-member UNSC in a routine briefing.

Bensouda told the Security Council there would be "little or nothing to report to you for the foreseeable future" unless the UN body took the initiative.

The ICC has been investigating the case against Sudanese President Omar al-Bashir since 2005. In 2009, the court indicted al-Bashir for alleged war crimes, crimes against humanity and genocide.

However, all initiatives to arrest al-Bashir have been delayed, especially since China, a permanent member of the Security Council, is a big ally of the regime in Khartoum.

Al-Bashir, the first sitting head of state to be indicted by the ICC, refuses to recognize the ICC's authority and continues to travel to several African countries that are signatories of the ICC's statute.

Meanwhile, the ICC's legitimacy is at stake after Ugandan President Yoweri Museveni called on African countries to withdraw from the court and said it had become a "tool to target" the continent.

Museveni's statement followed the dismissal of Kenyan President Uhuru Kenyatta's case by the court in The Hague earlier this week.

No initiative by the UNSC

Khartoum has also refused to allow UN peacekeepers to investigate allegations that Sudanese forces raped 200 women and girls in Darfur in late October.

"Victims of rapes are asking themselves how many more women should be brutally attacked for this council to appreciate the magnitude of their plight," Bensouda said.

At least 300,000 people have been killed since then, and another 2 million have fled their homes.

The ICC has told Ivory Coast that Simone Gbagbo, the wife of the country's former president, must face trial. Laurent Gbagbo already faces charges in connection with post-election violence in 2010. (11.12.2014)

At the International Criminal Court in The Hague, appeal judges have upheld the conviction of Congolese war criminal Thomas Lubanga. The ICC was handing down its first-ever appeals verdict. (01.12.2014)