Ali Muhammad Ali Abd-Al-Rahman is accused of 31 counts of war crimes when he was the alleged leader of a feared militia in the Darfur region of Sudan. 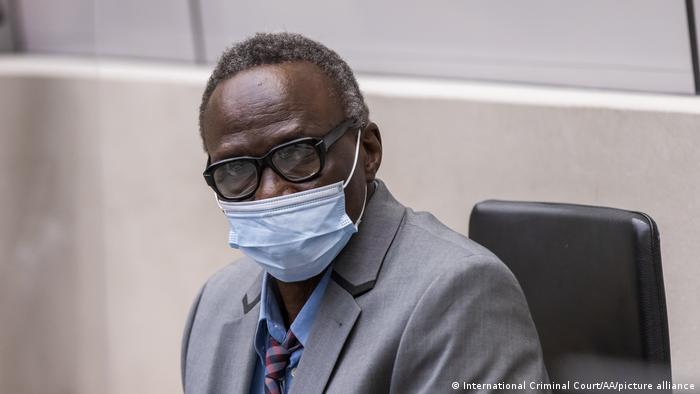 Ali Muhammad Ali Abd-Al-Rahman, also known as Ali Kushayb, went on trial before the International Criminal Court (ICC) on Tuesday. The proceedings mark the first time the tribunal in The Hague has prosecuted an individual over the conflict in Sudan's Darfur region.

Kushayb is charged with 31 counts of war crimes and crimes against humanity as the alleged leader of a feared militia group during the early 2000s.

He told the ICC on Tuesday that he was not guilty of war crimes.

What was the Darfur conflict about?

The conflict in Darfur erupted when rebels from the territory's ethnic central and sub-Saharan African community launched an insurgency in 2003, complaining of oppression by the Arab-dominated government in the capital, Khartoum.

Then-president Omar al-Bashir's government responded with a campaign of aerial bombings and raids by the janjaweed militias, which has been accused of mass killings and rapes.

Up to 300,000 people were killed and 2.7 million were driven from their homes in Darfur over the years.

Al-Bashir is currently in prison in Khartoum, where he's been since his government was toppled in 2019. He also faces charges at the ICC, accused of genocide and crimes against humanity in Darfur.

A 'long-awaited chance' for victims

Kushayb is accused of murder, torture, rape, persecution and attacking civilians when he was a janjaweed leader between August 2003 and April 2004.

The trial is "a long-awaited chance for victims and communities terrorized by the notorious janjaweed militia and government forces in Darfur to see a leader held to account,'' said Elise Keppler, associate international justice director at Human Rights Watch. "In the face of steep odds and no other credible options, the ICC is serving as the crucial court of last resort for Darfuris.''

She called on Sudanese authorities to send other Darfur suspects, including al-Bashir, to the ICC to face justice.

The trial opens amid a recent rise in violence in Darfur, which has seen deadly clashes between rival tribes in recent months as the country remains mired in a wider crisis following last year's coup, when top generals overthrew a civilian-led government.