IAEA denies allegations of Iran cover-up | World| Breaking news and perspectives from around the globe | DW | 07.09.2009

The head of the International Atomic Energy Agency has denied allegations by Israel and France that the organization is not telling all it knows about Iran's alleged nuclear program. 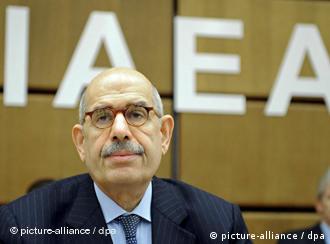 Mohamed ElBaradei has rejected the allegations

The International Atomic Energy Agency's week-long meeting has begun in Vienna amongst controversy over a recent report on Iran's alleged nuclear program.

France on Monday repeated allegations that its foreign minister, Bernard Kouchner, first made last week, alleging that the IAEA had not released all available information on Iran's nuclear ambitions, adding that this information could help world powers assess whether Iran is trying to build a nuclear bomb.

Israel has also accused the IAEA of leaving important information out of the report.

In an address to open the nuclear agency's meeting in the Austrian capital on Monday, the organization's chief, Mohamed ElBaradei, denied the allegations, saying that all information on the Iran investigations has been released.

"I am dismayed by the allegations of some member states, which have been fed to the media, that information has been withheld from the board," ElBaradei said.

"These allegations are politically motivated and totally baseless," he added. 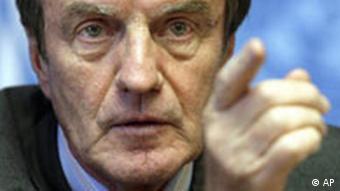 ElBaradei also said the allegations were an attempt to undermine the independence of the IAEA and were in violation of the organization's statute.

The French foreign ministry said its only motivation was that Iran "fully respect its international obligations."

A "stalemate" on Iran

ElBaradei told the nuclear agency's 35-nation board that the IAEA was currently in a "stalemate" with Iran over the country's alleged nuclear program.

He said that Iran has not suspended uranium enrichment and says that questions remain about the nation's nuclear activities.

"Iran has not cooperated with the agency in connection with the remaining issues detailed fully and completely in the agency reports," ElBaradei said.

"Door of talks is closed"

Iranian President Mahmoud Ahmadinejad told reporters at a press conference that from Iran's point of view, the discussion over the nuclear issue was finished.

"We will never negotiate on the Iranian nation's obvious rights," Ahmadinejad said. 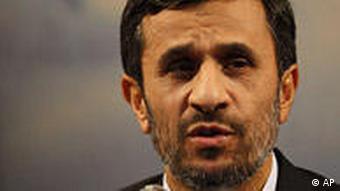 "The door of talks with the world powers is closed," he said.

US President Barack Obama has given Iran until the end of September to take up an offer of trade talks on the condition of halting uranium enrichment.

Iran faces further sanctions if it does not respond to the talks offer made last week by six world powers, Britain, China, France, Germany, Russia and the United States.

Ahmadinejad said on Monday that Iran would continue to cooperate with the IAEA and said that his nation was ready to negotiate and cooperate on the prevention of the spread of nuclear arms and on the "peaceful use of clean nuclear energy."

Iran refuses to bow to West, accuses US of forging intelligence

A senior Iranian official has accused the US of feeding forged intelligence on Iran's nuclear program to the International Atomic Energy Agency, following a damning statement from the UN Security Council this week. (05.09.2009)

After the five members of the UN Security Council and Germany issued a statement calling Iran to negotiating tables regarding its nuclear program, Iran has responded that it will only hold talks with the IAEA. (03.09.2009)

After a meeting near Frankfurt on Wednesday, representatives of the five permanent UN Security Council members plus Germany issued a statement urging Iran to begin talks on its controversial nuclear program. (02.09.2009)