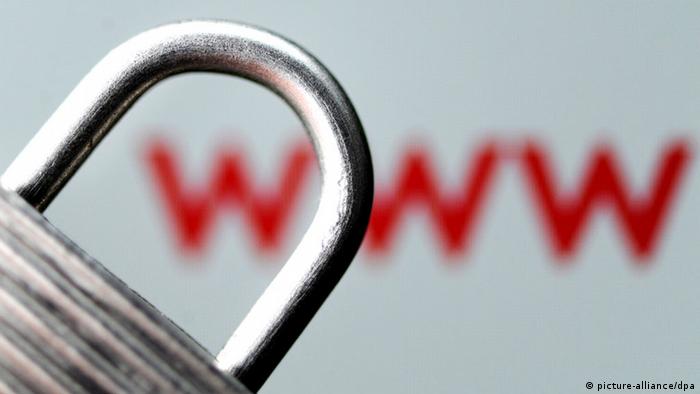 Deutsche Welle: John Kerry said during his visit to Berlin, "Let's turn a page and open a new chapter." He has had enough of the NSA spying scandal and the ensuing diplomatic difficulties - with Germany in particular. But Angela Merkel now said in her weekly podcast that she wants to promote a European communications network. That's seen as a direct reaction to the NSA spying allegations. How useful is this proposal?

Jan Philipp Albrecht: I think it's a good sign that we see movement towards a European initiative to better protect our data and the information infrastructure in Europe. Yes, we need that. But on the other hand, it's also clear that we cannot just build borders which would give us some sort of a German or a Schengen zone internet. Instead, we need to have a legal framework which secures our fundamental rights in the European market. We need to implement the European data protection reform. Angela Merkel has called that a priority. Now she should follow through with it. It's not just about investing in infrastructure - even though that's a good first step in giving Europeans a choice, so they can choose a European data processer instead of a US firm.

Even if we did have European data processers - what would that change? Whistleblower Edward Snowden has said, "It doesn't matter where your servers are. The NSA will go where the data is."

That's true. We can't just cut the cables. People do want to communicate, and we don't want to stop them. But that's why we need better data protection in terms of services. It has to be made clear that if somebody offers services to European citizens and consumers, these services need to comply with the rules of our market: data security and protection, better encryption, and more control for users. That's what Angela Merkel should safeguard.

Neelie Kroes, Vice-President of the European Commission, has also tried to promote some of these measures. Why does it seem to take Angela Merkel before considerable progress can be made? 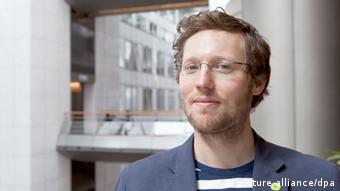 Jan Philipp Albrecht is a Green member of the European Parliament

We, the European Parliament, have already shown that we are reacting to today's challenges by saying we want to have European data protection rules. It's now up to the member states. They must not follow the lobbyists from Silicon Valley. They must oppose their idea that only profit counts. If Angela Merkel does so, that is a step forward. But we need action. We've had almost one year of only words by leading politicians in the member states of the European Union. That needs to be changed.

Germany and France initially only reacted to the NSA scandal with an attempt to sign so-called no-spy agreements with the US. But skeptics said straight away that was a paper tiger. Are you more confident about Angela Merkel's latest proposals?

So far they're mere words. And she adopts the German perspective instead of taking on responsibility within the EU. She is one of the most important European leaders. It was a fatal sign - and I would say even disloyal towards the rest of the EU - that she and Francois Hollande negotiated no-spy agreements on their own. They didn't even get them in the end. But they sacrificed a European perspective. They now need to come back to a European approach.

The European data protection reform as well as the agreement on data protection between the EU and the US, which we have been negotiating for two years, should have absolute priority. Or else we will get nothing in the end. We'll only have initiatives by individual EU member states which will not prevail. Only if we act together as the European Union can we get a solution which is better for citizens.

But again, the latest proposals of a European communications network are a Franco-German initiative, which Angela Merkel plans to discuss with French president Francois Hollande this week. And according to Spiegel magazine, Merkel's counter-spying offensive could go even further: it could mean that German secret services could lift their no-spying rule on Western partners, such as the US. The British service GCHQ was also in focus during the scandal. Will Germany spy on Britain now?

I don't think that it would be an appropriate reaction to the overstepping of red lines by intelligence services across the EU and the US. We know through the revelations by Edward Snowden that the scandals were not just about the US services. European services also had their part. We still have to clarify to which extent European services also exceeded their rights and infringed European Union citizens' rights in a disproportionate way.

Therefore we need to strengthen citizens' ability to protect their rights in a digitized environment and encrypt their emails, for example. What we don't need is an initiative which is obviously only a PR campaign. That's like saying "we're doing something," while on the other hand, when you look at the Council of Ministers' work on data protection, Germany has been delaying the process of getting the legal framework done for months. That's not very coherent. I expect Angela Merkel to let action follow her words.

Why has Germany been dragging its feet in terms of implementing the data protection reform?

They have had no interest in getting a European data protection framework so far - judging by their behavior in the council of ministers so far. That is in stark contrast to what Merkel said half a year ago: as a reaction to Snowden's revelations, she made the data protection reform a priority. I would expect the new German government to now be the first to ask for its adoption. That's a precondition if you want European citizens to be able to decide whether they want to give their data to a US company or to a German or European alternative on the market. At the moment they don't have the choice because their data is just processed, and their rights are not enforced here in Europe.

US-German relations are at their lowest since the Iraq war. But do you feel that there really is a sense of frustration within the German government about the fact that moves like the no-spy agreement have not worked out? Do you really believe that the latest proposals are more than an attempt to deflect everybody's attention away from the passivity in the months after this big scandal?

Well, there is no action yet, and Merkel and her government have made many announcements in the past. Whether she really wants to do something depends crucially on how she behaves with respect to the data protection reform. It's the only legislative process that would move in the direction of better protection for European and German citizens when it comes to their personal data. All the rest is talk. We can only speak of big change if Germany and France change their behavior in the council of ministers.

The European Parliament has just completed its committee inquiry into the NSA scandal. But there were no high-ranking officials from secret services, and Edward Snowden has also still not testified. Will there be more success on member state level? 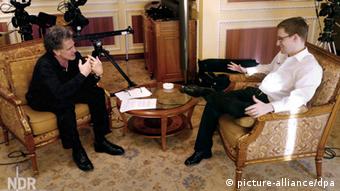 Edward Snowden has agreed to testify before the European Parliament

Edward Snowden may testify before the German Bundestag. Such an inquiry would have real investigation powers. The European Parliament only has the right to hear - but not to investigate. What we did in the EP was to get all the information on the table, to scrutinize it and to pass on the result of our inquiry to the national parliaments. They can then go ahead and look into the activities and the role of their own secret services and their own governments in this scandal. That would be necessary.

There's still a chance to get Edward Snowden here and find out what else he knows. But we'll only get the chance if an EU state grants him protection as a witness or better still as a whistleblower. I'm very disappointed that a majority of the parliament in Brussels and Strasbourg has voted against our proposal to grant him such protection in the EU. I hope they'll change their opinion by the time we vote on the result at the plenary in March.

Do you feel momentum is fading, or are we still in the middle of the scandal? To use John Kerry's words: are Europeans not ready yet to turn the page?

We are in the middle of it. It's far from over. We are not at the end of revelations from all the Snowden documents. If the US Americans are asking us to be ready to negotiate common standards, then it's up to the US now to come forward with data protection rules. There's still no human right on privacy data protection in the US. It still only applies to US citizens; only they have those rights. There's still no general data protection law. So companies like Google, Facebook, Amazon – they collect data without having any laws constraining them. That's what needs to be changed to get to a common base. Then we can talk.

Angela Merkel and you are not from the same political parties. But are you grateful that Merkel is keeping the topic on the agenda?

I'm not grateful! In all honesty, we can expect her to do so. It's one of the biggest challenges today. We are faced with the complete surveillance of our lives. It's the responsibility of our political leaders to bring about answers. I believe she should have acted earlier. And I believe that her latest proposal can not be the only answer. At least it's a proposal, which we can talk about. But it's not sufficient. We need rules, and we still have the problem that Germany is not at the forefront of creating them.

Jan Philipp Albrecht is a Green member of the European Parliament and member of the civil liberties committee which has just published a report following its inquiry into US and EU secret service spying activities.

A committee in EU Parliament issued a damning report about the scale and the impact of mass surveillance. But there is no consensus on an amendment to give asylum to intelligence leaker Edward Snowden. (13.02.2014)

'Germany needs to come up with an answer'

As John Kerry visits Germany, bilateral relations are in a "real crisis" due to the NSA scandal, Sudha David-Wilp from the German Marshall Fund tells DW. But Europe needs to do its bit to boost data security, she says. (31.01.2014)

The resignation of Agriculture Minister Hans-Peter Friedrich is the first big blow to Chancellor Merkel's two-month-old government. And it's not just Friedrich's role in the Edathy affair that led to his stepping down. (14.02.2014)

An interview with Hans-Georg Maassen, head of Germany's foreign intelligence