The pledge to stop smoking ranks among the top 10 New Year resolutions. An unusual tool for quitting is hypnotherapy. One ex-smoker who tried it suddenly lost his desire to light up, after only one session. 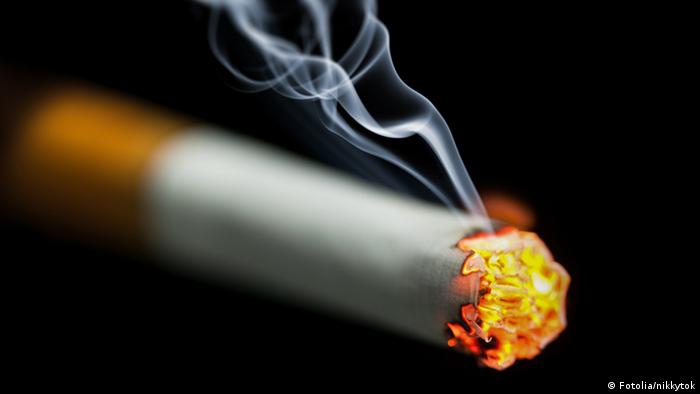 Smokers know that tobacco use is linked to cancer and heart disease. However, it's not the rational, cognitive mind that keeps the nicotine habit in place - but rather, the recesses of the unconscious. And these can be reached through hypnosis.

In Germany, hypnosis has been recognized as a treatment method in the field of psychotherapy since 2006 - but it still suffers from an image problem. This can be linked to how the practice of hypnotherapy is often confused with stage hypnosis, where a subject might be instructed to gulp down half-a-dozen raw eggs in front of a television audience and then have no memory of it afterwards.

"In stage hypnosis, a person is in such a deep trance that cognitive thinking is switched off," explained Bonn hypnotherapist Norbert Schick. "Less than a third of all adults are capable of being hypnotized to that extent - it's like a blackout," continued Schick, who has been helping clients overcome their fears and addictions for the past 20 years.

Bridge from conscious to unconscious

By contrast, a smoker undergoing hypnotherapy to stop smoking is keenly aware of what's happening around him or her. 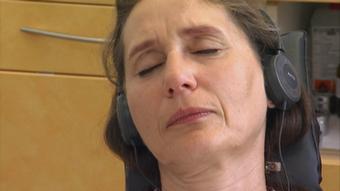 When someone enters a trance-like state, the hypnotist is able to communicate with the unconscious mind

"It is a natural state that everyone is capable of. When you're deeply engrossed in a great book or film, you're in a state of hypnosis," Schick said.

The mind knows that it is watching a fictional film with actors playing characters, but is able to suspend disbelief for two hours in a dark movie theater.

"In this trance-like state, the hypnotist communicates with the mind. You laugh, you cry, emotions swell, and the unconscious opens up," Schick added.

Cologne lawyer Jochen Gerhard, 58, had smoked at least a pack a day for 40 years until he quit cold turkey two years ago. In spite of coronary bypass surgery in his forties, Gerhard continued to smoke until his doctor gave him a hypothetical but realistic ultimatum: Quit smoking or die of a heart attack. The doctor then recommended a local hypnotherapist.

Gerhard was at first skeptical about hypnosis - especially when the day started with the hypnotherapist giving a pep talk like a Baptist preacher in a revival church.

"He shouted and kept repeating: You don't want to smoke anymore! You can quit, you are strong! And we shouted back, 'Yes, we can, we are strong!'" he said.

The motley group of young and old, men and women, were shown images of a smoker's lungs blackened by tar and yellow tobacco-stained teeth, among other grisly photos. Afterwards, they went outside to smoke their last cigarette. 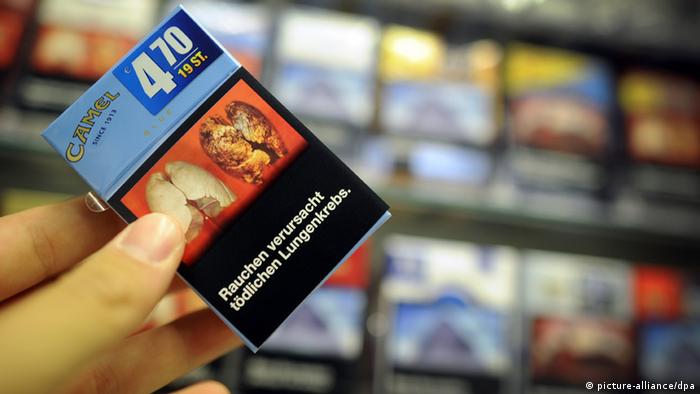 From skeptical to convinced

When they returned to the gym, they lay down on mats to soft soothing music. The lights went out and a candle was lit to induce a hypnotic state.

"I wondered if it wasn't all just hocus-pocus - but I tried to put aside those thoughts and concentrate on the hypnotist's voice," Gerhard said. "He kept repeating what he'd said earlier, but this time very slowly and emphatically."

Then it was over, the lights went back up, and Gerhard threw out his remaining pack of cigarettes.

"Since then, I've not had the urge to smoke. I don't miss it. I can't explain it," Gerhard said.

The test of Gerhard's resistance to cigarettes came last Christmas when he and his wife Sabine spent the holidays with his relatives, who are all heavy smokers. "He didn't light up at all," said Sabine Gerhard, who had lived through Jochen's previous failed attempts to quit.

"He used to be a nervous wreck (without cigarettes) - but now he behaves like a normal, emotionally balanced person," she said. 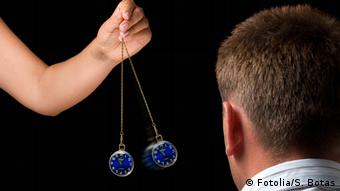 Hypnotherapy gets a bad rap, as some confuse it with stage hypnosis

Hypnotherapist Norbert Schick explained what happens during hypnotherapy: "It's like reprogramming the unconscious mind. The cigarette becomes less and less appealing until the smoker is indifferent to it."

First attempts to quit smoking often fail - but it's not addiction to nicotine that keeps smokers from quitting, since the quickly metabolized chemical leaves the body in a matter of days.

Martina Pötschke-Langer, head of the cancer prevention unit of the German Cancer Research Center, describes how a smoker's mind must be primed for quitting. "Quitting is a mental decision, and if a person is not ready, then no method will be successful," Pötschke-Langer told DW.

"More than 80 percent of people quit without any support or methods. They decide they want to quit, and they do it," she said, adding that less than 1 percent of all ex-smokers in

"There is no recommendation by medical associations for hypnosis as an appropriate method to quit smoking," Pötschke-Langer said. But she conceded that in individual cases, hypnosis may help smokers kick the habit - depending on the skill and qualifications of the hypnotherapist.

We usually toast the New Year with sparkling wine or champagne - which even in small quantities has an impact on our health and brains. But what exactly happens in our body after we've enjoyed a drink? (01.01.2015)

WHO: 'China faces growing public health crisis from tobacco use'

Some 3,000 people die in China every day from smoking-related diseases. The WHO's country representative Bernhard Schwartlaender tells DW how the tobacco epidemic is likely to have a major impact on Chinese society. (25.12.2014)

Being put into a coma might not seem an obvious choice to someone looking to overcome their addiction to drugs, but it is one option on offer. Here is a flavour of the world’s less usual rehab centers and their methods. (09.11.2014)

WHO suggests stricter regulation for e-cigarettes

The newly-released Lancet study says lifestyle risk factors such as smoking, drinking and obesity caused nearly half of cancer deaths in 2019. Risk factors differ globally based on environmental and economic conditions.