Brazil is a global leader in the fight against hunger and malnutrition. But the drive, which has led to increasing industrialization in farming, is causing social tensions to rise and hurting the environment. 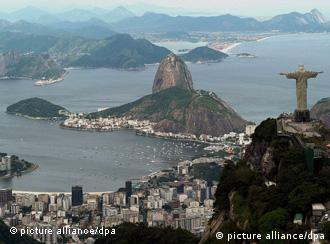 The picturesque side of Brazil

"At the end of my time in office, every Brazilian will have a breakfast, a lunch and an evening meal," President Lula da Silva promised as he took office in 2003.

When he handed over to his successor, Dilma Rousseff, Lula's achievements were impressive. Brazil had become the first Latin American country to fulfill its first millennium goal - based on 1990 figures, Brazil had cut the number of people living in hunger by 50 percent.

By 2010 the country had achieved goals it had expected to reach only five years later. Lula da Silva was honored for his achievements with this year's World Food Prize.

Thanks to the social program rolled out by his administration, 20 million Brazilians are said to have overcome poverty.

Every second Brazilian, it's estimated, has made the leap up into the country's lower middle class. People's growing prosperity has seen consumer demand rise and help consolidate the economy.

"Fome Zero" is at the heart of measures - the "Zero Hunger" Project. 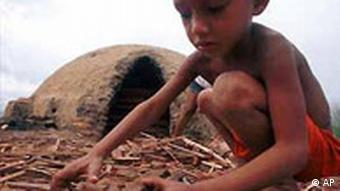 Not everyone benefits from the country's growing prosperity

"The core idea is that it is not about caring for the poor, but about pursuing a policy of integration in society," according to theologian and political writer Frei Betto, who Lula charged with implementing the program.

"The success of it stems from the fact that it is an all encompassing policy across many sectors," said Ingo Melchers, who is responsible for food security and agricultural policy at the German development organization GIZ. "It has been applied to the agricultural sector as well as health and social sectors."

As part of the project, the Bolsa Familia package has provided a monthly benefit of between 18 and 90 euros ($25-125) to families that need it.

About a million farmers have also profited through better access to small loans, to hospitals, schools and child care, Melchers said: "Social policy has been combined with economic assistance."

A question of social justice

But Lula da Silva's social programs have done little to change the roots of poverty.

"Brazil has a population of 190 million and is one of the five major food producers of the world," Betto said, "so we don't suffer from a shortage of food and not even from a surplus of hungry mouths." 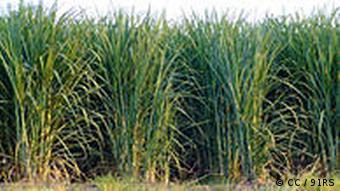 Disenchanted with a program that has repeatedly come under attack for corruption and a lack of efficiency, Betto stepped down in 2004 in protest of Fome Zero's financing.

Over the past eight years of Lula's rule, there has barely been a change in the social divide. The government's social programs to help the hungry are praiseworthy, said Bernhardt Walter of 'Brot für die Welt,' an aid program initiated by Germany's Protestant churches.

But there is a disappointing lack of consistency, Walter said: "On the one hand, they're trying to help the hungry, but on the other hand, the country's agricultural polices create even more hungry people."

In your tank or on your plate?

Brazil is the world's largest producer of sugar, ethanol, coffee and orange juice and the biggest exporter of soy, tobacco, beef and poultry. About a quarter of the country's entire agricultural produce is earmarked for the world market.

Revenues are high, but so is the cost to the environment.

According to the World Wide Fund for Nature, 70,000 square kilometers (27,000 square miles) of tropical forests were destroyed in the Amazon during Lula's presidency - two-thirds of it illegally - only to be planted with soy and sugar cane on a grand scale.

"This expansion of agricultural export policies comes at the expense of indigenous communities and the poorer population who are run off of their land," the WWF wrote. "More hungry people are created, and then they must be helped out with social programs."

The expanded cultivation of fuel crops has increasingly been driving small farmers and indigenous communities off their land. In Brazil, 50 million hectares, an area the size of Spain, are used as farmland. Sugarcane, used to produce ethanol, is grown on a tenth of those fields - with an upward trend. 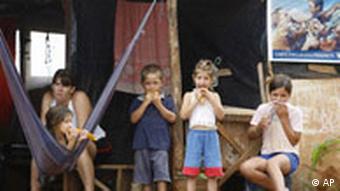 Brazil has many landless people

As a result, Brazil now has to import rice and wheat. Rising prices in global markets affect local markets - and thus the needy. Meat and milk production for the domestic market has also slumped. The national bio-diesel program stipulates raising the quota of ethanol added to diesel to up to 40 percent. The government estimates it will need an additional 90 million hectares of farmland to reach that goal.

So far, Brazil has failed to implement comprehensive agricultural reforms.

Tens of thousands of families have indeed been resettled in recent years, and others now officially own the farmland they cultivate. But the budget for agricultural reforms has been cut time and again, resulting in a lack of funds for necessary infrastructure like roads and healthcare as well as for training for small farmers. Even today, more than four and a half million farming families do not own the land they work, while 26,000 major landowners share half the available farmland.

Responsibility lies with the government, according to Bernhardt Walter, adding that it apparently cannot agree on a unified position.

"There are ministries that deal with poverty and environmental issues, others support agricultural expansion," he said. "Lula did not manage to rein in groups lobbying for agribusiness. Instead, he pinned his hopes on expansion leading to greater tax income that would then finance social programs."

Environmental protection is a problem

Lula's successor, Dilma Rousseff, faces the challenge of continuing the former president's Zero Hunger project, while at the same time eradicating corruption and inefficiency. In her inauguration speech in January 2011, the new president pledged to make Brazil a country of the middle classes. 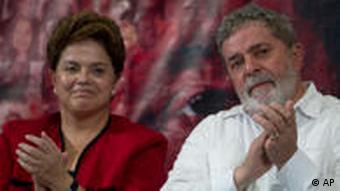 The present and former Brazilian presidents

As Brazil's prosperity grows, so does the demand for meat and dairy products, a phenomenon that India and China face too. But there is no reconciling that demand with environment protection and limiting clearing rainforests; according to the FAO, an average of 26,000 square kilometers of forest were sacrificed annually for the cultivation of new pastures and farmland over the past decade. Only seven percent of the rainforests along the Atlantic coast were still intact, the FAO said.

To keep hunger from entering the cities along with the rural exodus, Brazil now needs a clear development strategy for rural areas: strengthening structures for small farmers to ensure supplies for local as well global markets - independent of world market prices.

Poverty continues to be a rural problem that must be solved locally, said Bernhardt Walter of 'Brot für die Welt': "And that will be the case for decades to come."

Brazil's President Dilma Rousseff has told European leaders that they need to do more to combat the European Union's financial crisis. She said Brazil's past experiences in overcoming economic problems could help. (04.10.2011)

German car-making giant Volkswagen plans to invest 3.4 billion euros in its Brazilian factories. VW boss Martin Winterkorn made the announcement as he was honored for his contribution to German-Brazilian trade relations. (04.10.2011)