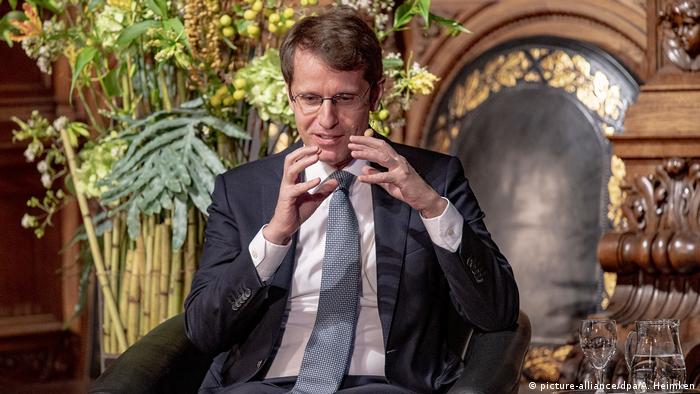 A Hungarian researcher has won the Körber Prize for European Science 2020 in Hamburg, Germany, earning him a €1 million ($1.18 million) check in the process.

Botond Roska, who works in the Swiss city of Basel, has uncovered a gene-based therapy that reprograms cells in the human eye so that they can perform the work of the light-sensitive receptors needed for human vision, according to the Körber Foundation that hands out the annual prize. It is hoped the procedure will reactivate the retinas of the blind.

The medical scientist said that, for the time being, the process creates a level of vision similar to watching television in black and white. Clinical tests on blind volunteers are already underway as a result of the Budapest-born researcher's groundbreaking work.

"Roska's research has woken up hope that new treatment methods might restore the ability to see in the blind," said Hamburg Mayor Peter Tschentscher at the ceremony on Monday.

From music to medicine

The Körber Foundation's prize was first awarded in 1985, and it recognizes scientists whose work has applied futuristic techniques to physical sciences.

The son of a computer scientist and a pianist, Roska began his career in medicine "after a detour," said Tschentscher. The scientist first studied the cello at the Liszt Ferenc Academy of Music in Budapest, but had to give up the instrument following an injury. He then began to pursue medicine and mathematics.

Youth for Peace: Inspiring ideas for 'old men with ties'

Danzmann: 'With detecting gravitational waves, we are able to hear the universe'

German physicist Karsten Danzmann receives the Körber Prize for Science this Thursday for his work on gravitational waves. He talked to DW about how to research them further.

The psychology of a rapist

Sexual assault is always traumatizing and demeaning for its victims. But the motives behind it vary.