Hungary′s protests are about more than Internet tax, says student protester | Europe | News and current affairs from around the continent | DW | 28.10.2014

Hungarians are once again taking to the streets to protest a new Internet tax. It's the last straw amidst government shortfalls and a diplomatic crisis, one protester tells DW. 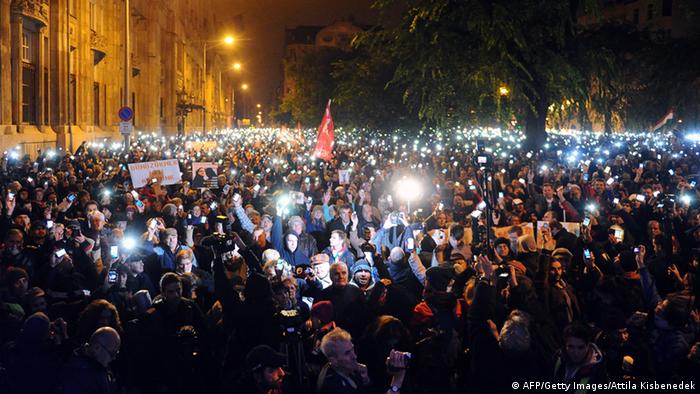 DW: How would paying the Internet tax affect you?

Daniel Mayer: We are speaking of a maximum of 2.30 euros ($2.92) a month - that is nothing. This tax won't change the Internet habits of Hungarians or companies. No one will be reading fewer articles that are critical of the government. No company will shut down because of the new Internet tax. But everyone can feel and finally understand why this is a problem. This is why so many people took to the streets, who weren't protesting before.

Why is it so important to Hungarians?

It is symbolic, because the Internet is something which was free and not controlled or influenced by the government. Our print and traditional media is awful, and you have to pay for it. The average Hungarian under the age of 50 uses the Internet for a lot of things, maybe even more than in western Europe, because everything is free and easily accessible on the Internet. So Hungarians are now afraid that they can lose that or that something will change. My problem is not the money, it's the principle of it which makes me angry. There are countries like Finland, which say, Internet access is a fundamental right. There are countries where the Internet is subsidized by the government. So this tax would put Hungary back 10 or 15 years.

Do you think the government is trying to target a specific group with the tax?

No. The government just wants money and they have run out of ideas. They have a tax on banks, on grocery stores, on telecommunication companies, and now they have decided to tax the Internet. We already have 27 percent of value added tax (VAT) on everything, including Internet services. This is the highest in the EU. And now we will get an extra tax specifically on the Internet. 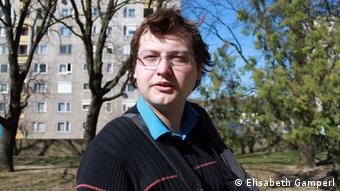 Where is the money supposed to go?

We don't know. That is also the problem that I and a lot of protesters have. If the government would say, "we desperately need this to do x, y, z," then it could be a little more understandable. But the government doesn't take us seriously. They are not saying what they want to do with it, or why they need it, they just say, "we need it."

So is the tax about Hungary's economic difficulties or about a growing authoritarian approach by the government as the media report?

The government is becoming more authoritarian, but in this case it's more of a financial question. I also think it has something to do with distracting Hungarians from the scandal in which six high-ranking Hungarian officials were banned from entering the US.

If the Internet tax is largely symbolic, does it mean that there is a general sense of dissatisfaction amongst the people?

At the demonstration, there were a lot of posters and people shouting, "we don't want to pay money to the corrupt tax agency," "Russia go home," or "Europe we want you." So the demonstration showed that the people are well aware of the diplomatic crisis with the US and the shortfalls of the government. This was the last straw, and now they are demonstrating against everything. Although I don't think our protests will turn into a revolution, it is a little bit like in Gezi Park in Turkey: their main problem was not the trees, that was just the last thing which brought the people to the streets. It has become symbolic for Hungarians.

The Hungarian government has startled citizens and companies with plans for a new Internet tax. The resulting protests have forced Budapest into a partial climbdown. (22.10.2014)

Hungarian Prime Minister Viktor Orban believes the sanctions on Russia are more harmful to the West, saying the policy is like 'shooting oneself in the foot.' He urges the EU to rethink the measures. (15.08.2014)