Hungary's prime minster has raised the possibility of reintroducing the death penalty in the European Union member country. Viktor Orban made the statement in the wake of a deadly stabbing that made national headlines. 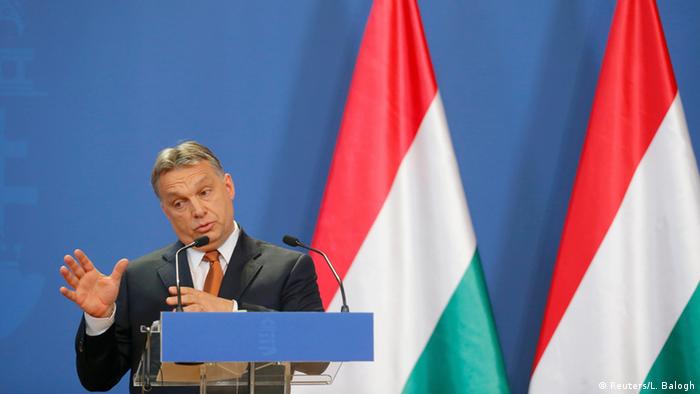 Prime Minister Orban told reporters in the southwestern city of Pecs on Tuesday that existing penalties for serious crimes such as murder were too soft and that something needed to be done to remedy the problem.

"The death penalty question should be put on the agenda in Hungary," Orban said. He added that it was necessary "to make clear to criminals that Hungary will stop at nothing when it comes to protecting its citizens."

The right-wing politician was speaking a week after the stabbing death of a 21-year-old female clerk in a Trafik tobacco and newspaper shop in the nearby town of Kaposvar, which made headlines across the country.

Under current Hungarian law the stiffest sentence that can be handed down is a life sentence with no chance of parole.

Hungary, which became a member of the European Union in 2004, abolished capital punishment after the fall of communism in 1990. If Budapest were to seek to reintroduce the death penalty, this would put it on a collision course with the EU, as this would contravene the 28-member bloc's Charter of Fundamental Rights.

Orban is already at loggerheads with the EU over its immigration policy.

Last Friday, Orban told the Hungarian public broadcaster that the EU immigration policy was "stupid" and that "immigration should be stopped." This came a day after an emergency summit of EU leaders in Brussels agreed on a package of measures aimed at preventing migrants from dying as they try to cross the Mediterranean Sea in an effort to reach EU territory.