Xenophobia plays well in Hungary, so Prime Minister Viktor Orban can be expected to keep the refugee settlement issue alive through the parliamentary elections in 2018. He had hoped to embarrass Brussels and Berlin. 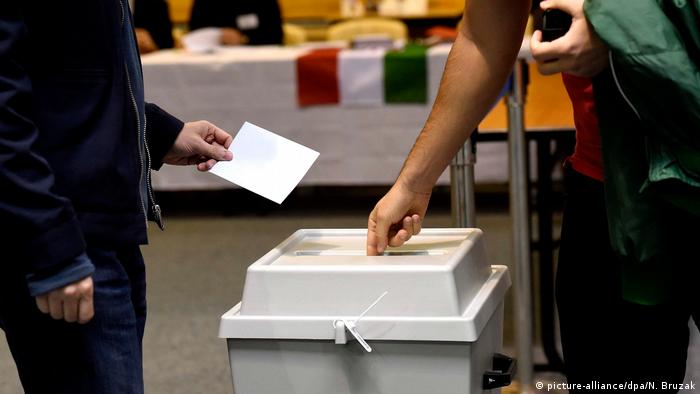 Orban suffered a stinging domestic rebuke to his anti-refugee campaign on Sunday, when his pet referendum drew just 40 percent of eligible voters, rendering the plebiscite invalid. At least 50 percent turnout was needed.

Still, more than 98 percent of those who cast a ballot supported Orban's anti-refugee stance.

Toth Csaba, an analyst at the Republikon Institute in Budapest, called the results a failure for a prime minister who put considerable resources into swaying public opinion ahead of the plebiscite.

"It's more of loss for the government," Csaba said. "Expectations were very high, and the government put forth a massive spending campaign to support it."

Orban had called the referendum to boost his political standing at home - and to taunt Brussels and Berlin over a program that has been essentially discarded.

Last year the European Union announced plans to introduce a system to distribute more than 1 million migrants among member states. 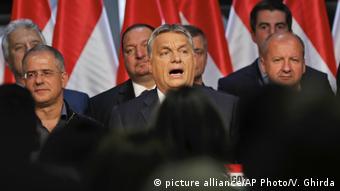 Orban and the leaders of neighboring EU countries balked at the quota regime, leaving countries such as Germany, which has taken in more than 1 million displaced people in the past year, with the responsibility of caring for refugees. So far, only 6,000 people have been redistributed to other EU countries.

The prime minister tried to spin Sunday's dismal result as "outstanding," noting that more Hungarians supported the referendum than had voted for EU accession in 2004. It's true that 3.25 million voters backed Sunday's referendum, whereas 3.1 million had voted for EU accession 12 years ago, but the latter ballot result was valid because it had had sufficient voter turnout.

Left-wing opponents campaigned against the referendum by urging voters to stay away, which they did in droves.

To Orban's political right, the Jobbik party slammed the referendum result as a "fiasco" and called on the prime minister to resign.

Jobbik Chairman Gabor Vona blasted Orban during a session of parliament on Monday, telling him that he had weakened Hungary's position in Europe with the failed referendum.

"You need to resign, like David Cameron did, as is the norm in European politics," Vona said. "I know you will not resign, but the least you could offer is an apology."

Analysts say the referendum was intended to boost Orban's domestic standing. The prime minister is expected to keep refugees at the center of Hungarian politics throughout the run-up to Hungary's next parliamentary election in 2018.

The referendum would not have had any real effect on EU policy, according Stefan Lehne, an expert on the EU and its relationship with member states at Carnegie Europe policy center in Brussels.

"It's now besides the point because everyone in the European Commission recognizes that a qualified majority vote was a mistake," he said, referring to a supermajority vote by the Commission last year.

The vote called for the quota system to distribute the more than 1 million refugees who arrived in the European Union in 2015, primarily from Syria, Iraq and Afghanistan.

"The focus now is on securing the external borders and easing up on the Dublin Regulation, which is unsustainable if a lot of refugees are arriving all at once," Lehne said. "There has to be a balanced approach with sharing."