The Hungarian prime minister has announced that his government is scrapping a plan to introduce a tax on the use of the Internet. The move comes in the face of mass street demonstrations against the plan. 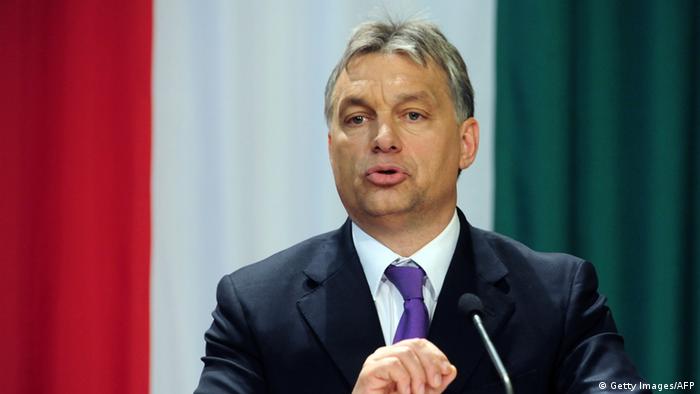 Speaking on Hungarian public radio on Friday, Prime Minister Viktor Orban said his government was withdrawing its draft legislation, which would have imposed a levy on online data transfers. However, he didn't rule out introducing similar legislation at a later date.

"The Internet tax cannot be introduced in its current form," Orban said. "My problem is not that people oppose a tax. Here people question the rationale of the issue. Nothing can be introduced in these circumstances. This debate is derailed," he added.

The decision came after a number of mass street demonstrations in the capital, Budapest, against the planned tax, which Orban's critics claimed was an attempt by the conservative government to curtail political dissent.

In the biggest of such rally, tens of thousands of demonstrators marched through Budapest on Tuesday evening, with some sources putting the total number of protesters as high as 100,000.

This was the largest protest against Orban's government since he first took office in 2010.

The European Union had also criticized the planned tax.

"It's part of a pattern... of actions which have limited freedoms or sought to take rents without achieving a wider economic or social interest," said Ryan Heath, spokesman for outgoing European Commission Vice President Neelie Kroes.

The draft law would have imposed a surcharge on data transfers of 150 forints (0.49 euros, $0.62) per gigabyte. Following mass street protests last Sunday, the government had revised the legislation to impose a cap of 700 forints per month on the surcharge.