An estimated 700,000 to 4 million people around the world are being trafficked for labor and sexual exploitation each year. Human trafficking is the fastest-growing source of profit for organized crime. 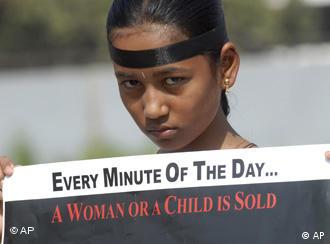 The United Nations declared August 23 an international day of remembrance for the abolition of slavery. But the trade in human beings is an ongoing problem around the world.

Compared to the drugs and arms trades, however, it is more difficult to track down perpetrators in the multibillion-dollar trafficking business. Victims of forced labor and sexual exploitation are not always identified as such and can even face unjust criminal prosecution themselves.

The International Organization for Migration estimates that between 700,000 to 4 million people are trafficked across national borders every year. But IOM spokesman Jean Philippe Chauzy said the secret nature of the trade means no one knows exactly how many people are trafficked worldwide.

"Human trafficking, either for sexual or labor exploitation, is truly a global phenomenon," he said. "There are no regions of the world that are not affected by trafficking." Millions of men, women and children who leave home in search of better socio-economic prospects are vulnerable to exploitation – and Chauzy said this migration "feeds trafficking."

"Because there are so few opportunities for people to migrate legally, they will tend to take risks and go through so-called intermediaries," he said. 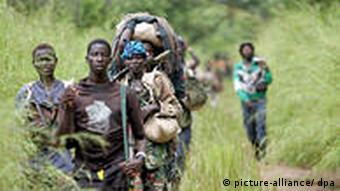 Charlotte Awino was kidnapped by the Lord's Resistance Army in Uganda

"And in many cases, unfortunately, they find themselves in situations of exploitation."

A voice for the voiceless

Charlotte Awino was held as a sex slave for eight years. When she recently talked to the UN Humans Rights council in Geneva, she said she came as a representive for those exploited and left voiceless by human trafficking. Awino called on the international community to help the victims.

"No one is there for them," she said. "And, nothing is being done, even if they escape back home."

Awino was 14 years old when the Ugandan rebel Lord's Resistance Army abducted her from her boarding school in 1996.

"We were taken away from the school campus heading nowhere, walking the whole time," she said. Awino claimed she was taken to southern Sudan, where victims were raped and beaten and forced to work in the gardens and carry luggage. She said those caught trying to escape were killed.

Awino was 22 years old and had two children by the time she managed to escape.

Sexual exploitation has been affecting women in countries around the world – including Western Europe and the United States. 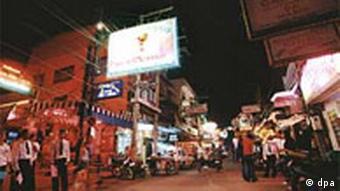 Women are sold into prostitution in many countries

Kikka Cerpa was forced into a life of prostitution after her boyfriend persuaded her to leave Venezuela and go to New York in 1992.

"I went to the United States thinking that I was going to be working as a nanny, and I ended up being a prostitute, not by choice," she said.

Cerpa said she was beaten and raped and spent three years working in the sex trade to pay off her boyfriend's debts.

A customer helped Cerpa escape but then then forced her to become his personal slave. She lived with him for 10 years and had two daughters.

"I could never leave him because every time that I tried to leave, he said that he would use my criminal conviction and he would have me deported from the United States and I would never visit my daughters anymore," she said.

With the help of an organization called Sanctuary for Families, Cerpa managed to free herself from the pimps and madams who had controlled her life. She sought a court order of protection after her escape, but her daughters were taken away from her and she was accused of being a criminal.

Though sex trafficking has generally attracted the most international media attention, labor exploitation is also prevalent on a global scale. The International Organization for Migration reports that millions of women, men and children are forced to work in sweatshops, construction, agriculture, as street beggars and in other hazardous jobs for little or no pay. 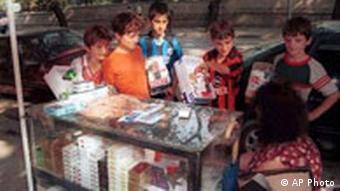 Kumar Ramjali was duped with the promise of a good job with good money. He said a Jordanian company recruited him in his native Nepal in 2004 to work in the United States.

But instead, Ramjali was sent to Iraq, where he was forced to work at a US military base against his will. He said his passport was confiscated and he was not allowed to leave for four years.

Jana, a 30-year-old Bosnian national, also fell victim to an employment scam. After moving to to Slovenia to continue her studies, she attended a job interview with an accounting firm arranged by a newly made female friend.

"The first 10 minutes looked pretty normal, like a normal office and a woman was there interviewing me," she said. "And then suddenly, two men came in and the interview was finished."

Jana said the men dragged her out of the office and when she resisted, they became extremely violent.

"I was raped and beaten many times," she said. "Afterwards, I was taken to some place, blindfolded and repeatedly raped and drugged with heroin for a few days." Later, Jana said she began to receive clients – between six and 10 each day for four months. 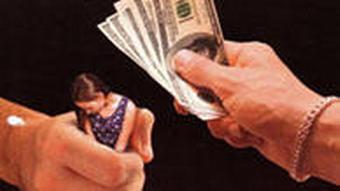 After her escape in 2005, Jana became an advocate against trafficking. Human rights organizations say a variety of approaches are needed to tackle the issue, including information campaigns to help prevent trafficking.

Experts and survivors agree that more work must be done to provide legal assistance and protection for the victims – and to make sure that perpetrators are the ones who are prosecuted and punished for their crimes.

Modern Day Slavery: A Story of a Student from Myanmar

On Sunday, UNESCO will mark the International Day for the Remembrance of the Slave Trade and its Abolition. Despite measures to abolish slavery worldwide, human trafficking and forced labour remain very evident across the globe. Poor people, who come to foreign countries in search of a better life, are the most vulnerable. Christina from Myanmar is one of the many who have been subjected to human rights violations. (21.08.2009)

Listen to a DW report on Human Trafficking