The Foreign Ministry in Jerusalem has denied HRW regional director Omar Shakir a visa. He tells DW why this puts Israel in the same category as Cuba and North Korea. 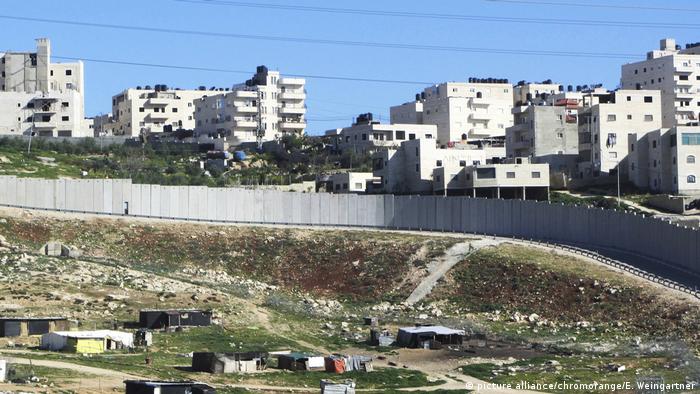 In another indication that Israel is taking a harsher stance on nongovernmental organizations, it has refused a working visa to the regional director of Human Rights Watch (HRW). The Israeli Foreign Ministry has justified its move by saying that the human rights organization has a clear anti-Israeli agenda. We spoke with the HRW staff member affected by the decision, Omar Shakir, in New York.

DW: Mr. Shakir, I would like an answer to the question posed by the spokesman for Israel's Foreign Ministry, Emmanuel Nahshon, who asked, "Why should Israel give working visas to people whose only purpose is to besmirch and to attack us?"

Because one of the signs of a country that has respect for basic democratic values is the extent to which they allow for serious scrutiny of their human rights record. Israel is hardly the first country to disagree with our well-researched findings, but by trying to stifle the messenger, they put themselves in a group with countries like Cuba, North Korea, Uzbekistan and Egypt that have denied us entry. Human Rights Watch has direct access to the vast majority of the more than 90 countries across the world that we report on. Israel has allowed us direct access for nearly three decades, and despite the fact that the Israeli authorities sometimes disagree with our findings, they usually engage and correspond with us. So this statement is shocking because it represents a departure from a longstanding professional relationship we've had with the Ministry of Foreign Affairs and with other entities of the Israeli government.

What do you believe Nahshon referred to when he said Human Rights Watch was an anti-Israeli organization?

I'm not certain - I'm guessing he's making a reference to some of our findings that are critical of policies of the Israeli government, but it is clear that his statement fails to distinguish between justified criticism of Israeli policy and hostile political propaganda. You know, while we do have reports that are critical of,  for example, Israeli home demolitions, or settlements, or administrative detention of Palestinian prisoners, we have also published reports critical of arbitrary arrests and torture by the Palestinian authorities and of rockets fired by Hamas. If you look across the region, we've published reports critical of sexual assaults and rapes by "Islamic State," of executions in Iran, of Saudi Arabia's coalition-led bombings of Yemen that have killed civilians. So we have done work, documented human rights practices in all 19 countries across the Middle East and North Africa. Israel is hardly alone in facing reports like this, but we freely operate and have staff based in its neighbors Jordan and Lebanon and in Tunisia, so it's hard to understand this decision.

You just repeated what you said on Twitter - that Israel is in the same category as Cuba and North Korea and so on. How serious is that comparison?

The comparison is a specific one. It is not about human rights records; it's about which countries in the world have blocked Human Rights Watch staff members' access. And if you look across the world, we have had some difficulties accessing certain countries, but the countries that have blocked us access are a small group that includes places like North Korea, Sudan, Uzbekistan and Egypt, so Israel puts itself in that sort of company with this decision. 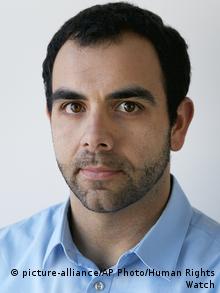 Foreign Ministry spokesman Nahshon says Human Rights Watch is not banned from Israel. As far as I know, the current employees are still working there; they have not lost their work visas. How do you see this?

Israel has not banned us. We still have local staff on the ground, but as the director for Israel and the Palestinian territories, I need a work permit to carry out my work properly, to glean information at first hand from authorities and representatives of civil society. Denying us a work permit certainly impedes our work.

What do you feel or believe is the deeper sense of this decision? It's obvious that Israel, which sees itself as the only democracy in the Middle East, is violating its own democratic standards by doing so. What is the purpose? Is there a deeper purpose?

This decision does not come in isolation. It is part of larger pattern of shrinking the space for critical voices within Israel. It comes at a time in which Israeli authorities are putting increasing pressure on Israeli and Palestinian human rights defenders. It comes at a time when the Israeli authorities continue at an alarming rate to deny entry to people that disagree with its policies, particularly those of Arab descent. So I think it signals a significant deterioration in basic democratic values that should trouble friends of Israel or anyone concerned about human rights and respect for human rights and international law in Israel.

So my last question is: What are you going to do about it? I think you have the possibility to appeal the decision?

Yes, we are most certainly intending to file the challenge as specified within 45 days. We're encouraged by a statement by the Foreign Ministry yesterday that seems to suggest that they are re-evaluating this decision, that they're exploring the possibility - or that they have offered a tourist visa for me and that they will reconsider the decision if an appeal is filed. We intend to continue to do our research and to seek a reversal of this decision.

Omar Shakir is currently directing the work of Human Rights Watch in Israel and the Palestinian territories from New York.

The interview was conducted by Jan D. Walter.

The Israeli prime minister thanked Australia for its support against the "absurd" United Nations. On the trip, he was also forced to confront fraud allegations over his friendship with billionaire James Packer. (22.02.2017)