Sudanese President Omar al-Bashir, wanted for war crimes, will reportedly attend a summit in Jordan. Human Rights Watch has urged Jordan to arrest him or deny him entry. 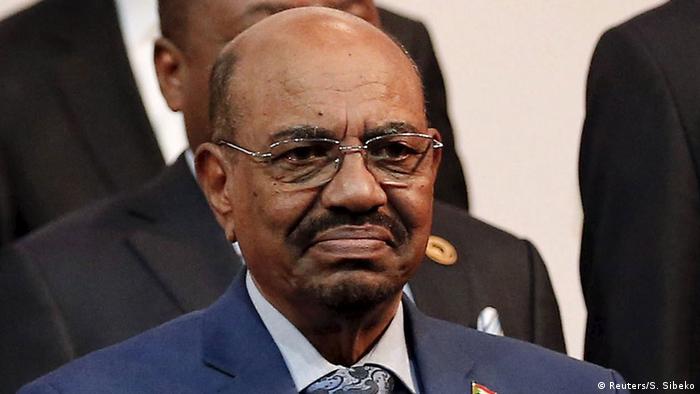 Sudanese President Omar al-Bashir should be denied entry to Jordan or arrested for alleged war crimes if he enters the country, Human Rights Watch said Sunday.

Al-Bashir has reportedly been invited to an Arab League summit in Jordan scheduled for March 29.

The Sudanese president has two arrest warrants issued by the International Criminal Court in 2009 and 2010 related to alleged genocide, crimes against humanity and war crimes committed in Darfur.

"Jordan would be defying its international obligations as an ICC member if it allows al-Bashir to visit without arresting him," said Elise Keppler, associate international justice director of the New York-based HRW.

A brutal counterinsurgency campaign against an ethnic minority uprising in Sudan's western Darfur region has left at least 300,000 people killed and has displaced more than 2.5 million since the conflict began in 2003, according to the UN.

Some ICC members have said they would arrest the Sudanese president if he entered their territory, forcing him to avoid those countries. A number of other ICC members have relocated meetings or requested Sudan send another representative.

"Jordan is not the first country to face a possible al-Bashir visit," said Keppler. "But most ICC members have avoided letting him in."

In 2015, South Africa controversially did not arrest al-Bashir when he attended an African Union summit there, claiming he had immunity as head of state. Uganda and Djibouti failed to arrest him last year.

Just four months after President Jacob Zuma announced that South Africa would withdraw from the International Criminal Court, a high court has ruled that the plan was unconstitutional. (22.02.2017)

The South African appeal court has blasted the government for allowing Sudanese President Omar al-Bashir to leave the country. The International Criminal Court (ICC) had issued a warrant for the leader's arrest. (15.03.2016)