Ebola outbreaks have hit Uganda four times since the virus was first discovered. However, compared to West Africa, the East African nation has been quick to contain it. 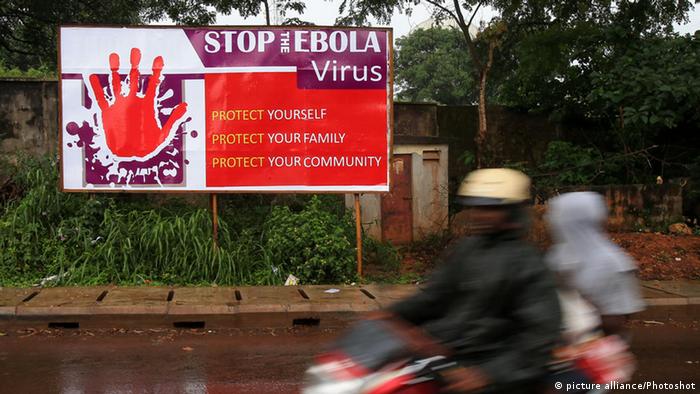 The current Ebola outbreak ravaging West Africa is the worst ever since scientists discovered the virus in 1976. The virus was named after the Ebola River in Zaire, now the Democratic Republic of the Congo (DRC).

Since then, there have been almost 20 outbreaks of the virus; in the DRC, Sudan, Uganda and Gabon. In 2000 and 2001, around 425 people in Uganda were infected, four years later 149 people caught the virus. In subsequent years, two further outbreaks were recorded in Uganda but the total the number of people infected with the virus was just over 30.

"The early outbreaks often remained undetected for several months. This allowed a lot of cases to build up in the community and chains of transmission to occur," said Trevor Shoemaker, a virologist working at the Uganda Virus Research Institute in a joint project with the Centers for Disease Control and Prevention (CDC) in the US. 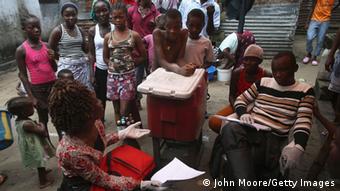 Liberia has been seeking to increase awareness campaigns

"Once someone identified the outbreak, samples have to be taken and sent to an international laboratory, usually in Atlanta." The virologist said it would then take about two to three weeks for an international medical team to get out into the field, thereby wasting valuable time.

But since 2010, Shoemaker and his colleagues have had a permanent CDC hemorrhagic fever program and a laboratory in Uganda. "This allows us to diagnose these viruses from blood samples that are taken at early stage in an outbreak, we can get test results within a day," Shoemaker said.

If a test for Ebola proves positive, a team would be immediately sent to the affected area, to find out who had contact with the infected persons and also test to see if they they too had contracted the Ebola virus. "This has enabled us to stop the outbreaks faster than before," Shoemaker added.

Because Uganda already has some experience with large Ebola outbreaks, the population is well informed and cooperates with the medical facilities. "Unlike some West African communities or cultures, Uganda is very open in that they want to report (Ebola) cases and not hide them," Shoemaker said.

"Ugandans will report even suspected cases that have any similarity with the symptoms of Ebola because they want to make sure that it doesn't get big." Shoemaker said they have not encountered the kind of resistance to seek medical treatment witnessed in the current outbreak in West Africa. 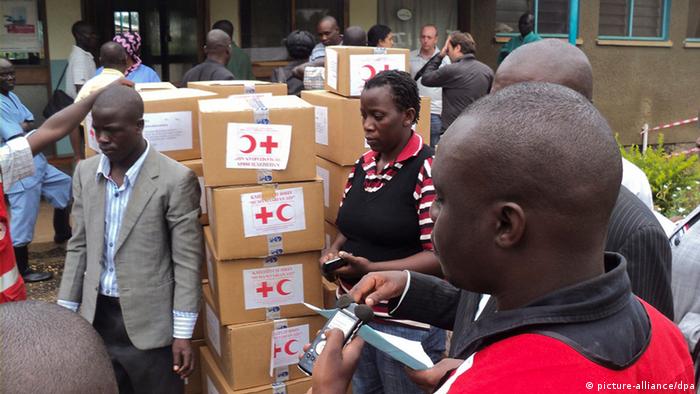 "In most cases, we had no problems identifying the patients and they were willing to seek treatment."

In the countries that are battling to contain Ebola, confidence in the health system is low. This is hardly surprising because the Ebola outbreak has completely overstretched the health infrastructures of the respective nations.

During the civil war in Sierra Leone from 1991 to 2002, thousands of people including doctors and nurses fled the country. "There is so little trained local personnel. They can't adequately respond to this crisis," said Katja Ment, Africa coordinator for the aid organization, the German Doctors, which is supporting a hospital in Sierra Leone, one of the countries hit hardest by the epidemic.

In the regions affected by Ebola, people seem to be more mobile than in Uganda. The World Health Organization (WHO) said this was one of the main reasons why the disease spread much faster in West Africa.

"People are travelling a lot. That is why the movement of people particularly in areas with large number of Ebola cases, needs to be controlled," WHO spokeswoman Fadela Chaib said. "Only in this way, can the chain of transmission be stopped."

To achieve this goal, the WHO and international aid organizations would have to increase awareness of the disease. 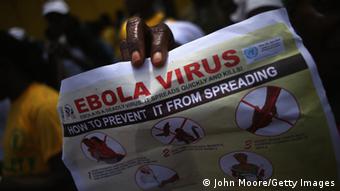 Radio could play a key role because for many people, it is the only reliable source of information. Help teams need to go into the villages, schools, mosques and churches and explain how Ebola is transmitted and how it can be prevented.

In Liberia, the awareness campaign is slowly bearing fruit. Pastors and imams are now teaching people how they can protect themselves and others against Ebola. Liberian mobile network providers send daily text messages to their customers informing them about Ebola. Help teams from both East and West Africa say the virus can only be stopped if the population is well informed.

Ebola: researchers now know how many doses we need of a vaccine that's yet to exist

We know we need a vaccine to fight Ebola. But how many doses would do it? In a study for the WHO, British researchers say medics would need 30,000 doses. But we've yet to test and approve a vaccine. (21.08.2014)

The current Ebola outbreak has now killed 1,350 people and counting. Residents are clashing with police officers who have cordoned off Monrovia's West Point district and its estimated 75,000 people. (20.08.2014)

Protests have broken out in Monrovia after the government quarantined neighborhoods to curb Ebola. On Tuesday, Liberian President Ellen Johnson Sirleaf announced a nighttime curfew as well as the district quarantines. (20.08.2014)