How to fall in love with Germany: Take a tour or give one

Germany's English-speaking tour guides sometimes appreciate the country more than locals do. DW's Inga Janiulytė found out why they fell for Germany - and how they manage to pack centuries of history into just two hours. 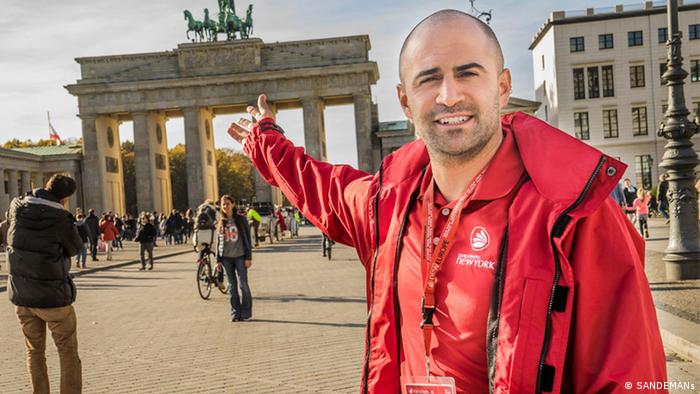 George Carrillo, fromthe US, hopes visitors will share his enthusiasm for Berlin

"I visited Germany and fell in love," recalls Rhonda Rhodes, and she means it quite literally - she recently married her German partner. The 27-year-old Australian moved to Hamburg over a year ago, though she'd already been living in Europe for several years.

Besides her husband, Rhodes had other family connections to Germany. Her great-grandfather was an immigrant from Hamburg to Australia in the 1920s, so she was particularly curious about exploring his hometown. After going on tours and studying up on Hamburg, she is now working as a free walking tour guide with Robin and the Tour Guides, sharing her passion for the northern German city with visitors.

"Free" doesn't mean you can leave your wallet at home. It's pay-what-you-want sightseeing. At the end of each tour, the guide passes around a box and guests can throw in as much (or as little) as they like. It's a good option for budget-conscious travelers, but free walking tours aren't just economically motivated, as Rhodes' story shows.

"While traveling through Europe, I'd done many walking tours and became fascinated by the stories they'd tell," remembers Rhodes. "I pestered my future colleagues until they gave me a job. I was determined to be the guide that shared those stories and brought the history of the city alive for its guests. It is my main work at the moment and I dream of studying German history and taking the knowledge I've gained further." 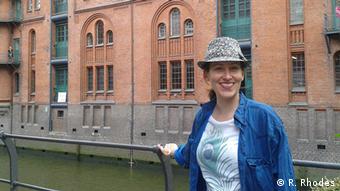 According to Rhodes, walking tour participants are extremely diverse.

"We have people here on business that manage to spare some time to do a tour; we have families, solo travelers, students, and occasionally refugees. One thing that most have in common is a love of traveling and exploring," she says.

"For some, the war history here is most interesting, for others The Beatles history," says Rhodes. The Beatles famously performed in numerous Hamburg clubs from 1960 to 1962. "People like to hear about the things they wouldn't necessarily find out for themselves."

'It helps me to connect'

It was US student Chris Sandeman who developed the free walking tour concept in 2003, turning it into a 170-employee company that spans 18 cities. The SANDEMANs website says that gratuity-based tours "represent a unique style of infotainment," which offer "history and charismatic storytelling through the guide's own personality and flair."

Over the years, the idea has spawned similar companies, like FREEWALK Cologne, which Steve Howard works for. The 29-year-old came to Germany from Australia six months ago.

"Showing people around a city really helps me to connect and talk with more travelers as well as showcase my temporary home city," he explains.

"I think someone passing on a funny story about Cologne to their friends is more important than being able to quote important dates. I find that people are interested in the main sights, but more so the not-so-famous sights, which are unique and often overlooked," says Howard, who takes his guests to the remains of an ancient Roman wall in an underground parking lot and to some of his favorite pieces of public art.

"I think these sights make the tourists feel they are getting a more personal, local tour and that's what I think a lot of tourists really want."

Like Rhodes, Howard had lived in other European cities before settling in Germany, such as Amsterdam, Athens, and a beach town in Croatia. "I will be studying mechanical engineering at the end of the year. The quality and price of university here is the main reason for me moving to Germany," says Howard.

Howard is currently working at the reception of a hotel, doing mostly night shifts. He spends his afternoons giving tours. "I went on about six tours in Cologne before I started leading my own. I also did a research on things that interested me the most on the internet. I still do research in areas that I think I could expand on," he says.

George Carrillo, 31, is a freelance guide based in Berlin who gives both tip-based tours for companies like SANDEMANs, as well as traditional pre-paid tours. He says that many guests opt for the "free" version because they see it as a low risk/high reward activity.

Carrillo is originally from US, but moved to Germany nine years ago with his German girlfriend, whom he met in Missouri. He studied to be English teacher and never participated in free walking tours before becoming a guide himself - a job he discovered online.

People from all over the world participate in his tours - he mentions Malaysia, China, Argentina, Australia, the US, and even Germany. "It seems that most travelers already have established knowledge of German history, particularly pertaining to the 20th century. Some people do come to Berlin to learn about the Second World War and the Cold War. Most travelers are interested in this period," observes Carrillo.

Explaining the history of Germany in the 20th century in just two hours may be a challenge for a guide, but it's one that Carrillo has tackled head on with enthusiasm.

"My message is that what differentiates Germany from other countries that also committed atrocities and crimes is that it took the responsibility in regards to its past. I believe that, through this responsibility, Germany is a nation which has not only set an example for other nations, but I think more importantly, Germany has had and continues to have a positive influence on humanity," says the guide.

Prouder of Germany than the Germans

According to Carrillo, it can be easier for non-Germans to give tours than for Germans. "I think I'm able to share a story and side of the German identity that far too often Germans are uncomfortable talking about. The history of the 20th century - Nazi crimes in particular - has very much left a burden on Germans or at the very least an apprehension to be proud of who they are and their national identity."

He's quick to add that Germans do find things to be proud of - like football, for example. 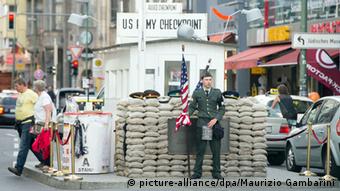 "I want people to leave Berlin with not only a historical understanding of Germany, but also the love and respect I have developed for Germany and the German people from my time living and working here in Berlin," Carrillo explains.

According to Carrillo, native-speaking English guides are in the majority in Berlin, but free walking tour companies in Cologne and Hamburg confirm that they have more local German guides on their staff.

Rhodes in Hamburg says some travelers may feel a stronger connection with a foreign guide that has already done the work of exploring the city just like they are doing. "I like to think I bring the point of view of a fellow tourist."

Rhodes adds, "I'm happy to be able to say I've shown my colleagues that are born in Hamburg places that they'd not been before."

Planning a trip to Germany? Then learn these useful expressions first. They might just be more helpful than your travel guide. (01.08.2016)

The Berlin Wall Trail follows the path of the former division of the city that was built on August 13, 1961. It's a great way to explore Berlin and discover the last remains of the Cold War. (09.08.2016)

Berlin is many things: the German capital, seat of government and cultural metropolis. But above all Berlin is exciting, a city that is constantly changing. Maybe that's why tourists love it so much. (02.10.2015)