The unicorn has taken advertising by storm. Consumers are snapping up any product associated with the one-horned horse. DW's Sophie Schimansky reports from New York City on the reasons behind the hype. 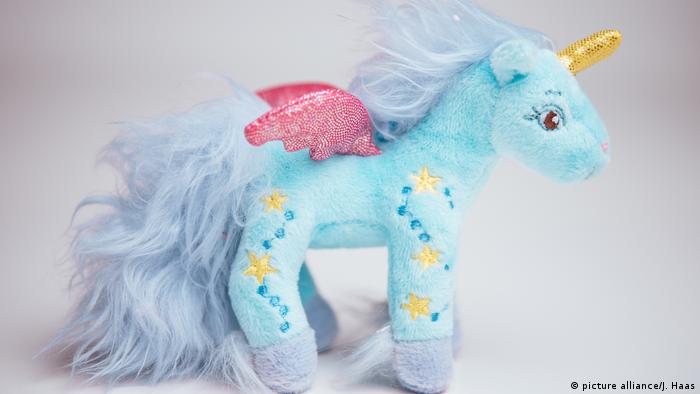 From his knees, Joshua slides through Brooklyn Owl, a small shop on Flatbush Avenue. He is wearing a pink shirt and a blue horn is protruding from his head. The 32-year-old is searching for magic words; it is a kind of test. Then the shop owner, also adorning a horn on her head, calls to him: He should check under another row of colorful, unicorn horns. 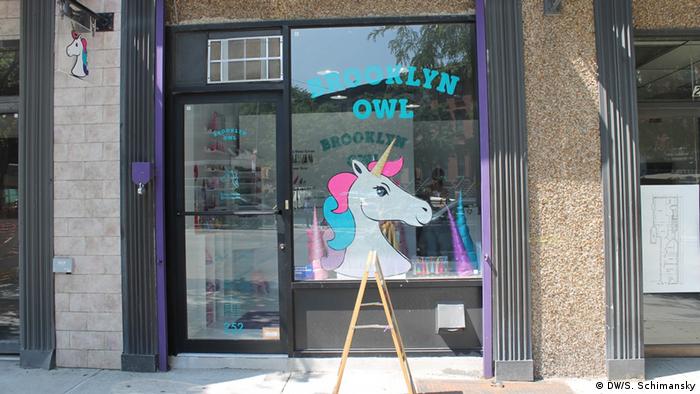 Unicorns are all the rage in Brooklyn

Joshua lets out an "ah-ha" as he comes across the small slip of paper. He is meant to take the paper to the mirror and read what's written on it: "I can be anything I want," he says confidently. The lightbulb on the mirror lights up and music plays.

The unicorn is never far away when adults in New York are on a secret treasure hunt. Annie Bruce is the founder of Brooklyn Owl, a crafts store that is all about unicorns. Her daughter, Bee, says Annie is a mother is unlike any other: "She is a unicorn."

From subculture to corporate trend

Bruce opened her unicorn shop in 2010, which was well ahead of the unicorn craze. Soon, like many successful trends, global companies caught on. Nothing sells better than unicorn versions of normal products, said Isra Ali, a Clinical Assistant Professor of Media, Culture and Communication at New York University. There have been unicorn muffins, sushi, drinks, jewelry, makeup, clothing and even cars (The carsharing company, Zipcar, released a special edition car in June complete with plush interior, sequins and a horn protruding from the roof). And, of course, there is a unicorn emoji.

Of all the recent unicorn products, the Starbucks springtime sensation, the Unicorn Frappuccino, takes the cake. The company described it as "flavor-changing, color-changing [and] totally not-made-up ... finished with whipped cream-sprinkled pink and blue fairy powders." Despite a plethora of criticism for its sugary content (a regular-sized Unicorn Frappuccino runs 410 calories with 59 grams of sugar), the limited-offer drink was a smash success for the company. In-store sales rose 4 percent in that time period, Starbucks executive chairman Howard Schultz said. 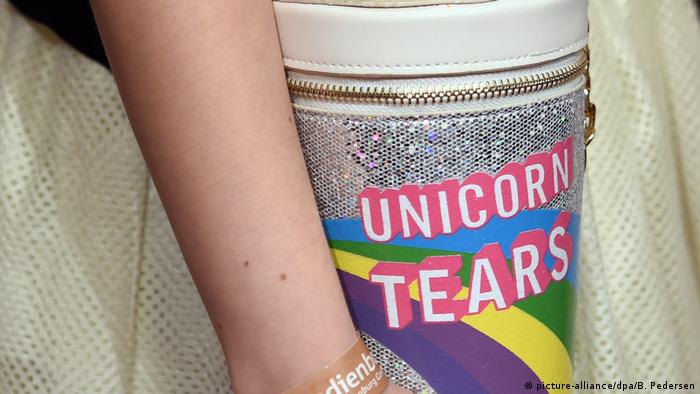 The Boston-area Polar Seltzer company also got on the unicorn train, producing 5,000 cases of its Unicorn Kisses flavor last year. Even the company's signature logo, a polar bear, got done up with a unicorn horn. What started as a marketing gag quickly sold out, leading bottles to be sold on eBay for drastically increased prices. Now, the producer of sparkling water is releasing a line of magical flavors, including Dragon Whispers, Yeti Mischief and Mermaid Songs.

There is serious marketing behind the playful, colorful mythical creature. The target? Millennials - those born between 1980 and 2000, who are more consumer-ready than preceding generations, according to Rakuten, a market research group. Millenials comprise one-quarter of the US population, making them the largest population subset. In all, they may spend more the $200 billion this year, said Micah Solomon, an author on customer service.

Nostalgia plays a big role, Professor Ali said. Unicorns were popular in the 1980s and 90s, making them a major part of the collective memory of the millennial childhood. 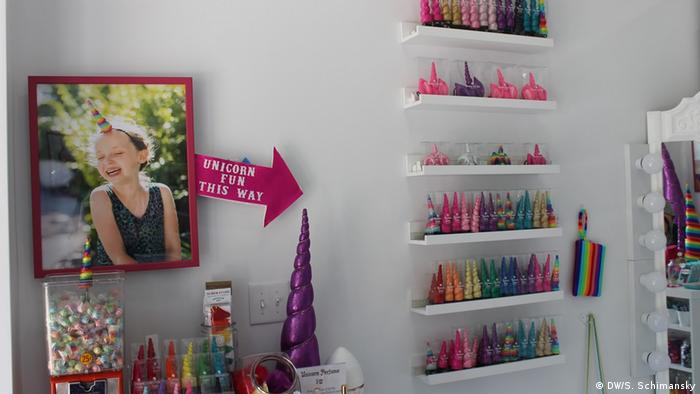 For some millenials, embracing unicorns is a chance to revisit memories from childhood

Market researchers agree: Individualism is a priority for millennials, and there is no better symbol of uniqueness than the colorful unicorn. "Consumers should believe that they have themselves created a trend," Ali said. The unicorn gives a feeling of specialness while at the same time lets millennials - who overall want to work, marry and have kids later in life - hold onto something from their childhood.

Unicorns are also strongly connected to the LGBT issues that are important to many millennials. Associated with strength and courage, profit-bearing tech startups are called "unicorns" in the financial sector, especially ones millennials most strongly identify with, like Airbnb, Snapchat and Uber. 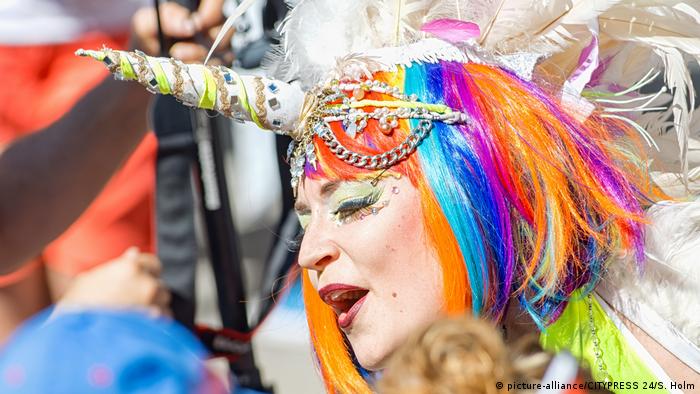 Unicorns have long been associated with the LGBT movement, as seen here at a Pride parade in Stockholm

The popularity of the unicorn is not just about a target group, but also about the time period and circumstances. In an era of political instability, people look towards a simpler time, Ali said. The unicorn fills this role perfectly: It is harmless and cheerful, prompting no deep or serious discussion - a stark contrast to more complex issues. Social media platforms play a major role here, being central in how opinions are spread, and even the colors associated with the unicorn are pleasing to the eye.

"A+," Ali said, "If I were to grade the unicorn as an instrument for marketing." However, she added that the unicorn will only remain popular for as long as consumers see it as something special. That major companies like Starbucks have now jumped on, and off, the unicorn bandwagon suggests the trend may have reached its high point, Ali said, since companies follow successful trends rather than set new ones.

What's next? The mermaid, many market researchers believe - another colorful, mythical and positive creature ingrained in millennial childhood culture.

The parent of image messaging service Snapchat has just made its debut on Wall Street. Its successful initial public offering could trigger other privately-held tech firms to follow suit. Here are some likely contenders. (02.03.2017)