The return of analog

The shift towards digital consumer technology is seemingly an unstoppable force, but there is a trend towards a more nostalgic feel driven by millenials. Companies are looking to take advantage of it. 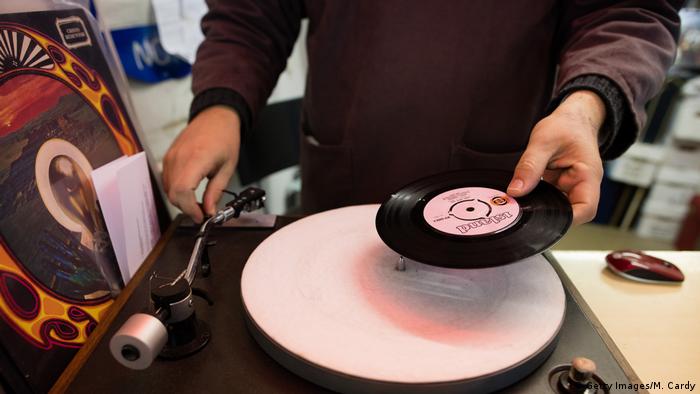 Technology fan Brandon Salt is very enthusiastic. On his YouTube channel, he tests something that sounds like a typewriter. "Oh my god Oh my god I am so stoked, it is going to make these beautiful noises. Oh my god just look at that." But actually he is working with a wireless computer keyboard in matt black, with red buttons that is connected via Bluetooth to a computer.

Behind the hybrid of a modern keyboard and old typewriter is the New York company Lofree and its state-of-the-art technology, combined with the design, sound and feeling of a long-overhauled technology.

The product is not yet on the market, but YouTubers like Salt are testing the keyboards in a bid to promote them. Enthusiasm for the device is already high: On the crowdfunding platform indiegogo, the New York startup of nearly 6,000 people has so far collected more than half a million dollars to finance the first production. And the figure keeps raising every day.

Nostalgia is the trend

Lofree serves a trend that is currently making a lot of money: retro or nostalgia. Companies offer products in designs from old days. Or they sell products that actually come from past decades: such as records, polaroid cameras, notebooks and books. "Analog" has never been so popular. Even the online retailer Amazon will open a genuine analog bookstore in Manhattan this spring. 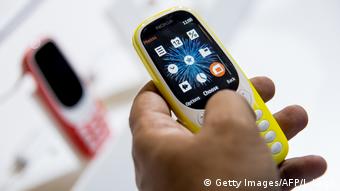 The fact that nostalgia is a trend can be demonstrated in figures. Worldwide sales of the famous notebooks of the Italian company Moleskine grew 16 percent in 2016. The sales of records have risen for nine years in a row and reached a 25-year high in 2015. David Sax is a journalist and author of the book "The Revenge of Analog" He is dedicated to the analog trend.

"They tend to be younger, they never had any of this stuff," says Sax. "Teens are driving the sales of turntables who never even have touched them in the first place. For them it is almost a new technology. The same with Polaroids. It's not the 50 or 60-year-old people buying it to get back to what they once used." he says. Almost half of the buyers of vinyl records in 2016 were 35 or younger, market research by ICM Unlimited has found. For these people, the old technology is a new one.

'I consume, therefore I am'

A teenager, by contrast, cannot feel nostalgia when playing records. Elsewhere, many older consumers are pleased with their eBook readers, with which they can enlarge the font, says Sax.

"It is part of broader thing that when you consume something you express your identity through the consumption," says consumer researcher Daphne Kasriel-Alexander from the Institute Euromonitor International. "Today we've got really savvy consumers who like to express their individuality. We are celebrating the individual a little more these days in nostalgia."

Old is just different. In a digital world, analog is special and fascinating. Young people want individuality and no longer want to be part of the mainstream. A typewriter is definitely an eye-catcher. But there is another reason, according to Sax. In the world of scrolling and swiping, you want to surround yourself with tangible products for feel and smell, which use all the senses.

"In digital, you only have these two dimensions, where you can only scroll, compare that with a record store, where you can flip and touch and feel, talk to people, sense it," says Sax.

"That is a physical thing, they are tactile, books are tactile, everybody thought the ebook would be the death of books. But they have been really resilient and one of the reasons is that people say ‘I like them, I like the feeling of them and that is emotional.'"

According to Sax, the shift towards analog also supports productivity. There are many distractions in the digital world; on the phone WhatsApp messages and various other notifications flash every few minutes when I'm really focused or want to read. Self-control and freedom are tested.

The Swiss company Punkt produces a whole telephone that can only be used for telephone calls, another example of companies taking advantage of the shift towards nostalgia.

In America, 80 million people are among the millenials born between 1980 and 2000. This represents a quarter of the entire American population with a purchasing power of around $200 billion a year. Companies are keen to talk to these "digital natives."

At the same time, it has never been more challenging to tie young people to brands. They have lost their confidence in the companies, says Kasriel-Alexander.

"Brands are very keen to capitalize on this nostalgia! One problem they have, consumers are not really brand loyal anymore since the recession. So if they can cultivate these interests they are in touch with them in a more profound way. So there are a lot of spinoffs for brands developing the consumer-brand-relation into the future."

However, if companies manage to cultivate a longing for older products then, as the calculus suggests, they may build a new and perhaps even deeper relationship with their customers - and there are possible rewards for both companies and consumers.

Always online or on their phones, spoiled by their parents, reluctant to commit but at the same time the only people who actually understand the digital future. How does it feel to be a millennial? (10.04.2017)

Who benefits from the global media revolution?

#mediadev talked to a range of people from diverse backgrounds and countries about how and why they use media. Here's what these conversations illustrate about global media trends.  (24.03.2017)