Personalized ads in the real world | Germany| News and in-depth reporting from Berlin and beyond | DW | 06.06.2017

Personalized ads in the real world

You already get them through Amazon and on Facebook. Now ads tailored to certain demographics are coming to supermarkets and the post office. Cool new technology or invasion of privacy? 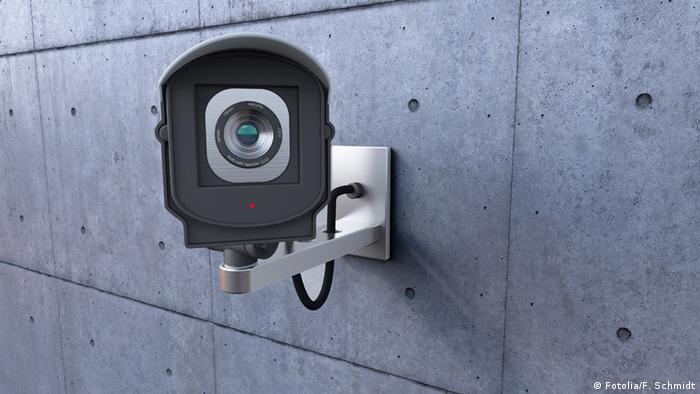 Imagine going grocery shopping and while in the check-out line, seeing an ad that seems oddly like it's tailored just for you. What sounds like vaguely scary science fiction is becoming reality with a pilot project currently run in a chain of German supermarkets and in some post office branches.

If you've ever shopped online, you're familiar with personalized ads. You purchase a pacifier for a friend's baby shower and for the next few days (at least), you'll see ads on your Facebook or Gmail account for baby blankets, diapers, teething rings, onesies… You get the picture. Since you're not the one having the baby, this gets old really quickly.

In other cases, personalized ads could be more useful, for example when they alert you to the fact that your new author has a new book out. The whole process isn't a big novelty in online shopping anymore. But now ads that are tailored to you are making the jump from the virtual to the real world. And they work with facial recognition. The new technology is tested in 40 "Real" supermarkets and in 100 branches of Deutsche Post, the German postal service. There's a camera and a screen set up by the check-out. A visual sensor scans the faces of waiting customers who have looked directly at the camera and detects whether they're male or female and how old they are.

Marketing company Echion is running the cameras and screens. The brands that advertise with them have clearly delineated target groups. If the visual sensor detects that enough people who fall into a company's target demographic are looking at the screen, an ad by this company will start playing.

"It's not rocket science," Echion CEO Michael Kimmich told DW. "You can direct marketing better with our system."

Echion believes that after the pilot is completed, they will be able to tell their clients exactly which target groups shop at "Real," for example, and thus tell them whether it makes sense to air their commercials on screens in this supermarket - or whether they should advertise somewhere else.

The system isn't perfect, of course.

"If a person looks significantly younger than they really are, the technology is going to categorize them as younger as well," Rainer Ernzer, press spokesman for Deutsche Post, said in an email to DW.

More importantly, the data that the camera tracks (a picture of your face) won't be saved and no personal data like names will be gathered, Ernzer said. Pictures are only in the system for roughly 150 milliseconds.

Data protection experts are still not happy with the system and the way it's set up. 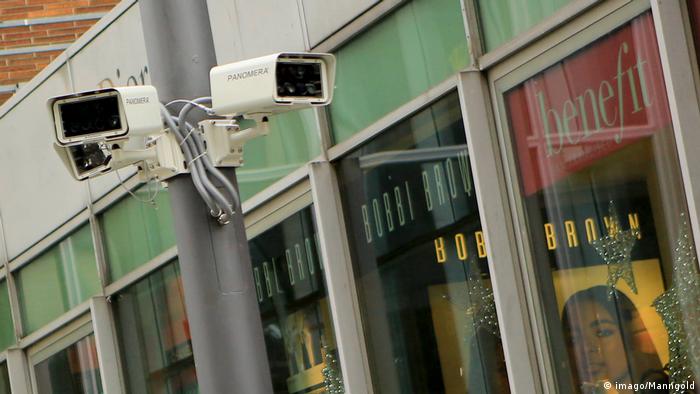 This is what most people think of when they hear video surveillance: cameras set up in malls or stores filming everything that's going on

"We are a bit alarmed by this process," Sebastian Himstedt, spokesman for the German Foundation for Data Protection, told DW. "Customers haven't explicitly consented to be scanned like this and they aren't clearly alerted to what is going on."

"Real" does not agree with that last point. A spokeswoman pointed out in an email to DW that all stores that participate in the pilot project have signs clearly visible to the customers that say "This store is under video surveillance."

"People who have seen a video surveillance sign don't infer that their faces are being scanned," a data protection activist who goes by padeluun and is a founding member of data protection organization Digital Courage told DW. "They might grudgingly accept that video surveillance is a part of burglary prevention. But this project spies on us and uses the data for consumerist purposes."

Himstedt doesn't see the video surveillance sign as sufficient either. 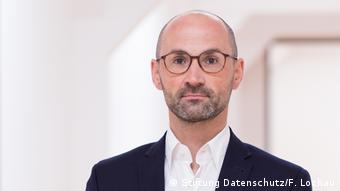 Himstedt: It's discomfiting when customers don't know they're being analyzed

"That's not how customers understand video surveillance," he said. "The fact that this was revealed to the public by the press and not by the companies proactively explaining what they were doing shows that there's a lack of transparency."

As a consequence of this lack of transparency, Digital Courage is considering legal action. The group will liaise with lawyers to decide whether to take the issue directly to the state attorney or to lodge a complaint with the data protection commissioner of the state of North Rhine-Westphalia, where both "Real" and Deutsche Post have their headquarters.

'Nobody is being spied on'

Echion CEO Kimmich stresses that he and his company highly value data protection. That's why they are meeting with representatives of Bavaria's data protection office on Wednesday to explain why the pilot project isn't violating any privacy standards in their eyes.

A German Internet Institute: What will it be?

It's been years coming. The German government will now reveal who's been chosen to run a new national internet institute. The idea is to study the effects of digitalization on society and feed that back into the loop. (22.05.2017)

A lot of add-ons are supposed to make surfing the net easier. Some, however, in fact spy on user behavior and pass on that information to third parties. The sensitive data has become a lucrative business. (25.04.2017)

Manufacturers of smart toys "My Friend Cayla" and the "i-QUE" robot have come under fire for subjecting children to "ongoing surveillance." Bluetooth connections also enable strangers to contact kids through the toys. (07.12.2016)