How the postcard became a hit 150 years ago

A new exhibition at Berlin's Museum for Communication celebrates the 150-year history of postcards. Here's how Germans enthusiastically adopted the medium to share important news — and the latest gossip.

The world's oldest known postcard was sent in 1840, long before the format was made official by the Austrians in 1869, 150 years ago.

The hand-painted card that pokes fun at post office scribes was sent to a writer called Theodore Hook. Since he was also known for his practical jokes, it is believed that he actually sent it to himself. 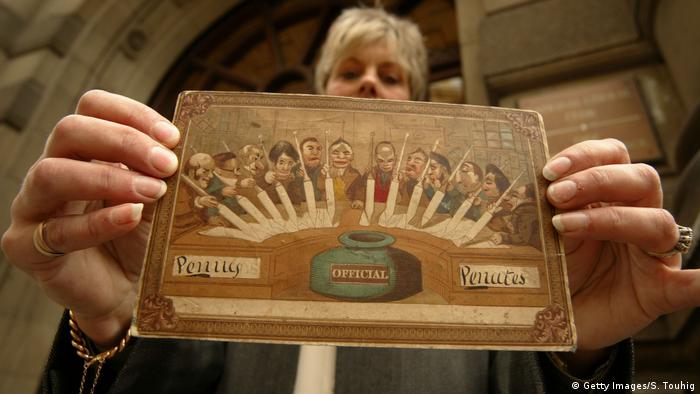 Nevertheless, the exhibition "More than words. Celebrating 150 years of postcards," held from August 21, 2019 to January 5, 2020 at the Museum for Communication in Berlin focuses on the 150-year history of the postcard in German-speaking countries.

Heinrich von Stephan, who'd later become the founder of that museum, was an early proponent of the format. The German postal reformer had proposed at the Austro-German Postal Conference in 1865 to establish what he called the "Postblatt" (open post sheet). His idea was however initially rejected.

It was the Austro-Hungarian postal authorities who adopted the concept first; the governmental "correspondence card" was introduced there in 1869, marking the official beginning of a new form of communication.

Read more: Are there any princes or princesses left in Germany?

In 1872, the fee to send a postcard in Germany was set at just half the rate of a normal letter, which contributed to the popularity of the postcard. It was also possible to send a double card that included a prepaid answer card, which is how it became a widespread format for quick greetings and conveying appointments, like today's text messages.

And just like people nowadays post impressions of daily life on Instagram or Facebook, picture postcards at the turn of the century covered travel highlights, holiday and wedding greetings, various topics of gossip, as well as excitement for the latest technological developments or natural disasters. 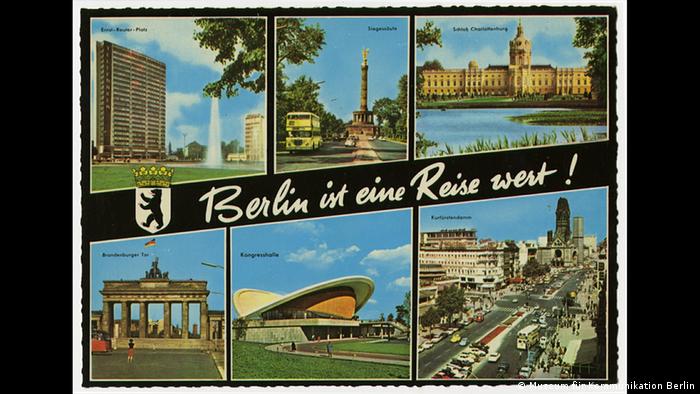 The museum's foundation owns one of Germany's largest postcard collections, and the exhibition presents a selection of over 500 postcards reflecting how society ticked at the time.

The show covers how the medium bloomed from 1895 to 1914 and looks into the popularity of field postcards to obtain news from soldiers during wars. The exhibition also explores how postcards conveyed anti-Semitic propaganda, even before the Nazis came to power, as well as how mail was tightly regulated in concentration camps.

In divided Germany, postcards transmitted different perspectives from the East and the West. One example provided by the exhibition shows the Berlin Wall, visible by Brandenburg Gate, on cards featuring West Berlin's landmarks, while the East Berlin version transforms the former no man's land into a green and cheery space.

Then, after the fall of the Berlin Wall, the post card containing a small piece of the wall became an absolute classic. 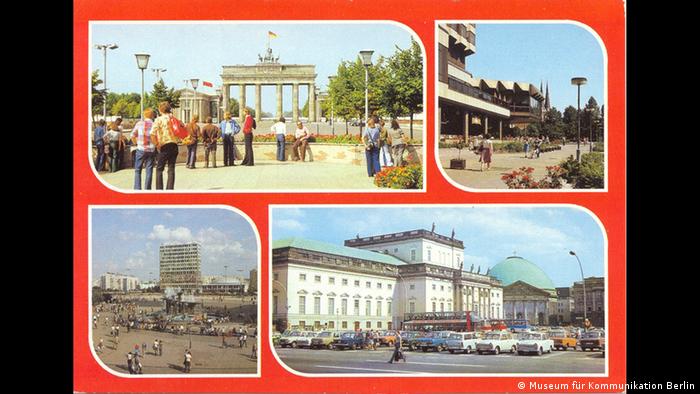 Organizers claim the postcard consisting of 125,000 children's drawings and messages is the world's largest. The postcard is expected to raise awareness about climate change and its impact on shrinking glaciers. (16.11.2018)

Europol postcards tell Europe's most wanted: 'Wish you were here'

Police agency Europol has issued a series of sassy postcards telling criminals on the run that a special welcome is waiting for them back home. The mock-ups promote a "Europe's Most Wanted 2017" summer campaign. (04.08.2017)

The pioneer filmmaker was behind many groundbreaking achievements even before the beginning of the 20th century. As the Silent Film Festival in Bonn pays tribute to her works, here's more on her largely forgotten legacy. (16.08.2019)