Germany's palaces are major tourist attractions, but where did all the kings and queens go? Here's why you might hear about German royals today, even though the country's monarchy was abolished a century ago.

It's a bit confusing. When the Weimar Constitution entered into force on August 14, 1919, the legal privileges and titles of German nobility were abolished. Therefore, officially, there are no princes and princesses in Germany. Yet you can still encounter a few "royals" in the country. German aristocrats didn't all disappear on that day.

No longer a real prince

But a century ago, the Weimar Constitution determined that all those hereditary titles should be abolished, allowing members of the former nobility to only keep traces of it in their surnames. Therefore, to be exact, since his family name is Prinz von Thurn und Taxis, we shouldn't even be translating the word "prince" — just like anyone else's family name isn't translated into other languages.

Whether he's a real prince or not doesn't matter for the tabloid press in Germany, and even worldwide; for instance, the relationship status of the 39-year-old unmarried "royal" makes for great gossip articles. His wealth obviously contributes to the fascination: When his father died in 1990, Albert von Thurn und Taxis landed on the Forbes list as one of the world's youngest billionaires. His family is one of the largest owners of private forest lands in Germany. (Readers of Vogue magazine are probably familiar with the name through his sister, socialite and style editor Elisabeth von Thurn und Taxis).

The Thurn und Taxis' official website shows a very serious young man, who has been studying his entire life in the world's top institutions. But beyond writing thesis papers on John Stuart Mill or Thomas Aquinas, Albert's passion is unrelated to classical thinkers: The businessman is rather into car racing. 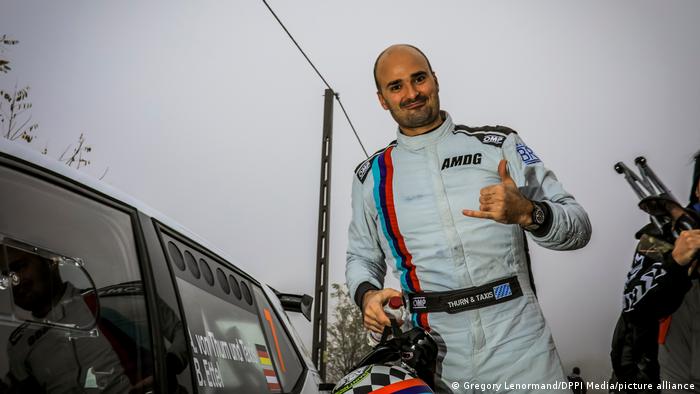 Beyond gossip magazines listing the "hottest eligible royal bachelors," other heads of former dynasties have been making headlines in Germany's national press in recent years.

Georg Friedrich von Preussen, the great-great-grandson of Kaiser Wilhelm II, who was the last German Emperor,  has claimed a compensation of over €1 million from Germany. The House of Hohenzollern's attempt to obtain compensation for expropriated land and palaces in Berlin and the surrounding state of Brandenburg was launched in 1991 by Georg Friedrich's grandfather, Louis Ferdinand von Preussen.

So even if Germany has abolished its nobility, the remaining fortune and status of different aristocratic families in the country is still significant today.

Certain politicians have been lobbying to eliminate former hereditary titles from names completely. Trying to get rid of the "von" and "zu" particles from family names is a contentious topic most political parties prefer to avoid. Going one step further, by demanding that former noble families redistribute their wealth to the state, is presumably not a process they'll be engaging in anytime soon.

This is an updated version of an article first published in 2019.

Queen Elizabeth II has died at Balmoral in Scotland aged 96. Her death has plunged the UK into mourning: They loved their long-serving monarch. For many, she was the embodiment of the country.

Combining socks with sandals is now a mainstream trend. But even back when it was a fashion no-go, Germans couldn't have cared less. We look into the stereotype, as well as Germany's strong tradition of ugly sandals. (31.07.2019)

Minding one's manners is always important, but how does one adapt when manners change from culture to culture? DW spoke to an expert to learn about mastering German etiquette, from shaking hands to holding wine glasses. (15.05.2019)

From lakes to saunas and parks: Is Germany's nudist culture, known as FKK, dying out or still making waves? It's still strong enough to inspire a change of attitude for Berlin-based expats. (24.07.2019)

How Germans (don't) talk about money

According to a German saying, you shouldn't talk about money — but the language definitely offers many inventive slang words for it, from "ashes" and "coal" to "mice." (06.03.2019)

The German town of St. Goar has owned Rheinfels Castle on the Rhine River for 95 years, but a disgruntled prince claims it is his. A Koblenz regional court has dismissed the Prince of Prussia's claim — for now. (26.06.2019)

Bavarian Premier Markus Söder has a pair of lederhosen for Archie Harrison Mountbatten-Windsor, the newborn child of Prince Harry and his wife Meghan, Duchess of Sussex. The baby's grandparents will deliver the gift. (08.05.2019)

The remains of nobility in Germany

The last Emperor of Germany abdicated, and monarchy was abolished in the country a century ago, but there are still traces of nobility. Here's what it means. (14.08.2019)

Who are Germany's top billionaires?

Germany has a record 195 billionaires, according to Bilanz business magazine, which has for the first time ranked the country's 1,000 richest people. DW looks at the top six and how the made their fortunes. (28.08.2017)