Here's how the traditional nutcracker, created in Germany 150 years ago, became an iconic wooden Christmas decoration that's popular around the world.

Ever heard of a Räuchermann — or in its diminutive form, the Räuchermännchen? The "smoking man" is a wooden figurine that serves as an incense burner. It's just one of the many traditional Christmas decorations from the Erzgebirge, or Ore Mountains, a Saxony border region renowned for folk art in the form of wooden angels, Christmas pyramids and candle arches known as Schwibbogen.

But the fact that no one ever came up with a proper English translation for the little smoking man suggests it isn't yet one of the region's famous international exports —  unlike its direct cousin, another wooden figure traditionally made in the Ore Mountains: the nutcracker. 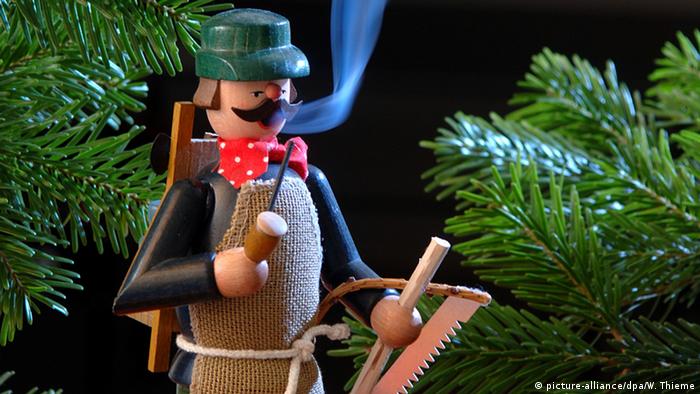 Not nearly as famous as the nutcracker: the traditional Räuchermännchen

The nutcracker gained international recognition thanks to its various cultural representations, and the fact that authors from different countries borrowed from the original tale. International copyright agreements didn't exist when an initial version of the little toy figure's story was written by German Romantic author E. T. A. Hoffmann in 1816, titled The Nutcracker and the Mouse King.

It was adapted by French writer Alexandre Dumas in 1844. The plot of Histoire d'un casse-noisette (simply called the The Nutcraker in English) was nearly identical — but the French version wasn't nearly as dark as the German one.

In any case, Dumas' adaptation served as the basis for the 1892 Russian ballet choreographed by Marius Petipa and Lev Ivanov, with music composed by Pyotr Illyich Tchaikovsky.

The first complete performance of the ballet only reached England in 1934, and it was staged for the first time in the US during the Christmas of 1944 by the San Francisco Ballet company.

It was such a hit there that it has been staged during the holiday season ever since. With hundreds of productions every year, the ballet is now a firmly entrenched Christmas ritual for thousands of families in the US — and throughout the world. 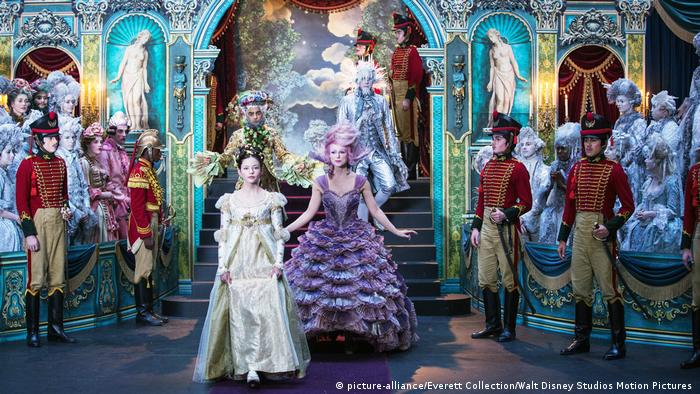 The tale has been renewed several times over the years, including Disney's 2018 take, 'The Nutcracker and the Four Realms'

From Saxony to the world

Friedrich Wilhelm Füchtner, the Ore Mountain carver who came up with the first "mass produced" model of a nutcracker in 1870, obviously didn't know that the character would one day become the star of an international ballet classic. He actually had another version of the story in mind when he created his figurine, one written by the creator of Der Struwwelpeter ("Shaggy Peter"), Heinrich Hoffmann, in 1851. 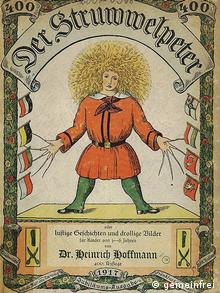 The German figurine found its way into homes around the world much later. One woodcarving company from the Ore Mountains, Steinbach, had to relocate to Hanover after World War II, where many American soldiers were stationed nearby. The soldiers started to bring back nutcracker dolls for their families as typical souvenirs from Germany.

Another reason to visit the Ore Mountains

The collectible figures continue to attract visitors to the eastern German region renowned for its wooden folk art.

Asked why the nutcracker became so closely associated with Christmas, the museum's owner Uwe Löschner provided a down-to-earth explanation that's typical of the pragmatism of the people of the region: "During Christmas time, poor people used their nuts when they would bake their traditional Stollen (fruit bread) and cookies; and nutcrackers were used to crack those nuts," he told DW.

Nevertheless, the figure is more than a just a good-looking tool. Its symbolism continues to be shared across generations and countries thanks to the fairy tale that contributed to its international fame — a universal story of hope and of triumph of good over evil.

The Grimm brothers left an astounding legacy. From well-known stories like Snow White to lesser-known tales, here are our favorite Grimm stories - and some things you may not have known about them. (30.08.2017)

It seems Germany practically invented Christmas — or at least many of the symbols associated with it. While we don't like to start thinking about it in the summer, the cookie bakers and tree growers have to. (31.08.2018)