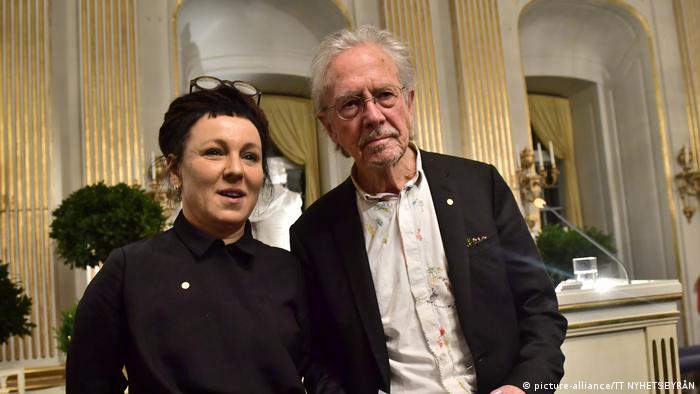 Receiving the Nobel Prize in Literature obviously increases circulation figures: "There is no external force that affects an author and an author's books as strongly as the Nobel Prize. This is the most intense thing that can happen to an author," says Lucien Leitess, publishing director and head of programming at the Swiss publishing house Unionsverlag.

His company has four Nobel Prize winners in its roster, as well as Caribbean author Maryse Conde, born in 1937 in Guadeloupe, who won the so-called Alternative Nobel Prize in 2018.

Unionsverlag specializes in international literature and represents authors from all over the world, and the company has direct experience with what can happen to sales figures when an author receives the prestigious award.

The publisher mentions the case of Egyptian author Naguib Mahfouz, who was unexpectedly named the winner in 1988: "Nobody knew him, or even how to spell his name right. We had sold 300 copies in three years — and then 30,000 in three minutes."

Of course it's not only about the prize itself, but about how the author's work is received by readers. "The effect of the Nobel Prize is in a way, just a start. Whether it will be successful in the long haul depends on how much an author conquers the hearts of readers."
Read more: Frankfurt Book Fair: Dreams, revolutions and a Nobel laureate 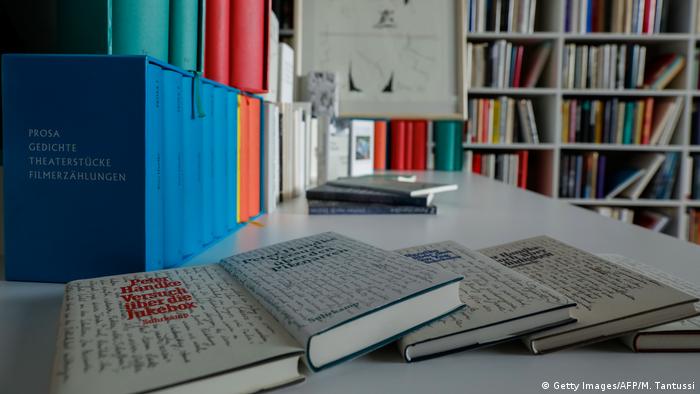 Media coverage also plays a major role in the reception of the literary work, as the example of Chinese author Mo Yan. The decision to award him the Nobel Prize in Literature in 2012 was criticized by many observers, who felt that Mo Yan was not committed to freedom of expression in China strongly enough and that he seemed to avoid confronting the Chinese government. His involvement in a book commemorating an anti-democratic speech by Mao Zedong was also criticized. "We had several of his books in stock as paperbacks. But all in all, perhaps 80,000 books were sold," Leitess said. It is a relatively low figure for sales of a Nobel Prize winner's book.

Success with Handke and Tokarczuk

Suhrkamp is the publishing house that boasts the most Nobel Prize winners in Germany. It is currently having a moment in the sun. This year's Nobel Prize winner was Peter Handke, who is the 16th Nobel laureate represented by the publisher. In the seven weeks following the announcement of the Nobel Prize, Suhrkamp sold 150,000 copies of Handke's books, according to press spokesperson Tanja Postpischil. 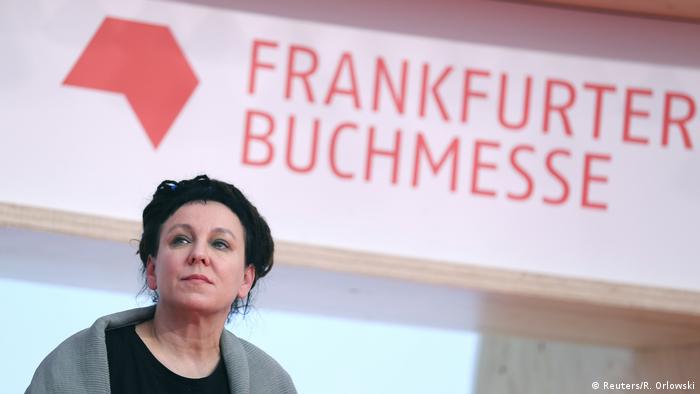 German publishing house Kampa-Verlag lucked out when Polish author Olga Tokarczuk won the Nobel Prize: It had just begun to print her books

With the Nobel Prize behind them, older titles by award-winners often sell well. Zurich-based publisher Kampa-Verlag is a case in point. It is the fifth publisher to print the books of Polish author Olga Tokarczuk. "It was always clear that she was a very important and great author, but she was also always difficult to sell in German-speaking countries," says publisher Daniel Kampa, who founded his publishing house in autumn 2018 and acquired the rights to Tokarczuk's previously published German works. Her 1,200-page opus magnum, The Books of Jacob, was published in German 10 days before she was awarded a Nobel Prize. Before the announcement, Kampa had sold about 1,200 copies. After that, the 3,000 copies of the available print run were sold out in no time.

Less of an effect with unknown authors?

The extent to which the Nobel Prize has an impact on a publisher also depends on how well-known the winner is. In the past decade, Hanser-Verlag was able to celebrate the Nobel Prize for their client, Swedish poet Tomas Tranströmer (2011) — and three years later, a Nobel for Patrick Modiano. "Tranströmer was a big surprise," says Jasmin Aldinger, a spokesperson for the company. "But I don't think he sold an incredibly large number of books. There is always a difference between poets and novelists. And with Modiano, the Nobel Prize effect was limited because he wrote so much."

The last Nobel Prize winner at Fischer Verlag was Canadian author Alice Munro in 2013. Editorial director Hans Jürgen Balmes was able to observe the Nobel Prize effect clearly with her, as well as in 2003 with South African writer John Maxwell Coetzee. "It was really big with both, because we had the entire backlist in print," he said. "With Coetzee, we sold 300,000 books in the months following the announcement. With Alice Munro, it was perhaps a little more," he says. 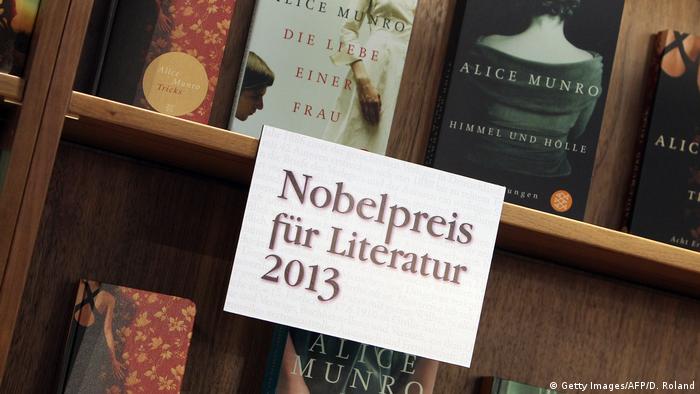 The winner in 2013 was Alice Munro, and her win meant big sales for her publisher, Fischer Verlag.

Fischer had been prepared when Munro received the Nobel Prize. "We actually wanted to publish a new book by her the following spring," said Balmes. "But we had prepared everything so that if the miracle actually happened, we could already print it in December."

As the saying goes, all good things come to an end and often the Nobel Prize effect does not last long; it's not that everything a prize-winning author writes afterward will be a hit. "Munro's high has lasted two to three years. After that, the numbers returned to normal" says Balmes. "The sales numbers we reached with the new novel by Kenzaburo Oe, the 1993 Nobel Prize winner, are minimal — a fraction of what they used to be."

At the beginning of 1989, Czech dissident Vaclav Havel was in prison. By the end of that year, he became president of his country. The Peace Prize winner's values and ideas are more relevant than ever. (17.10.2019)