At the beginning of 1989, Czech dissident Vaclav Havel was in prison. By the end of that year, he became president of his country. The Peace Prize winner's values and ideas are more relevant than ever. 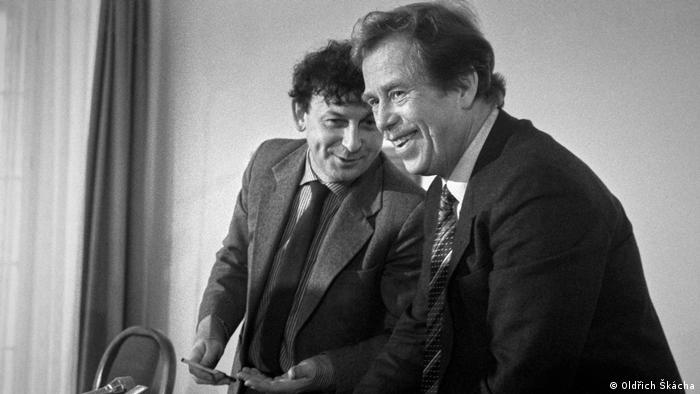 1989 was a revolutionary year worldwide. But if one person's life was personally turned upside down through the avalanche of events, it was definitely Vaclav Havel's.

In January 1989, the playwright was sentenced to prison for the fourth time. In April, the imprisoned dissident was proclaimed the winner of the Peace Prize of the German Book Trade, awarded yearly at the Frankfurt Book Fair in October. Even though Havel had been released from prison by the time the ceremony took place, he wasn't allowed to leave Czechoslovakia to receive his award personally.

A few weeks later, popular demonstrations in Czechoslovakia ended the country's 41-year Communist rule; the events that occurred from November 17 to December 29, 1989 are known as the Velvet Revolution.

After the collapse of the totalitarian regime, Vaclav Havel was chosen as Czechoslovak president. 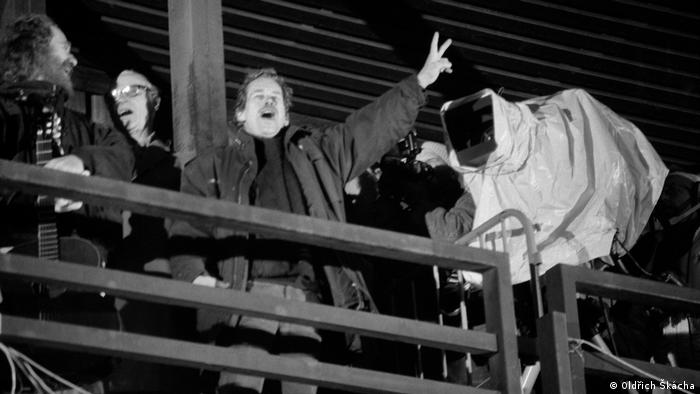 Havel's Civic Forum party played a major role in the Velvet Revolution that toppled communism in Czechoslovakia in 1989.

A central character in a surreal play

The fact that Havel was released before of the end of his nine-month sentence in 1989 following protest campaigns was seen as a positive signal. Yet Havel and his fellow dissidents didn't expect such radical change to occur so quickly, as Michael Zantovsky, an active member of the Civic Forum movement during the Velvet Revolution, told DW.

The dissident playwright turned statesman "later often remarked on the absurdity and the fairy tale character of the story," pointed out Zantovsky, who was also the first spokesman, press secretary and advisor to President Vaclav Havel. "When he spoke to Queen Elizabeth and she asked him, 'How does it feel to be a prisoner one day and a president the next day? He said, 'Ma'am, if that door over there opened and they came to take me away, I wouldn't be at all surprised.' He realized how improbable it all was." 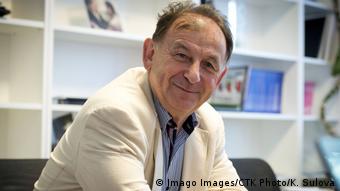 Thirty years after the events, the Frankfurt Book Fair is commemorating the Peace Prize winner with an exhibition and different talks on Vaclav Havel and the legacy of the Velvet Revolution.

Confronting the absurdity of the system

Vaclav Havel was born in October 1936 in Prague, into a family that was culturally influential in Czechoslovakia.

After taking power in 1948, the Communists restricted the family's rights and Vaclav Havel was not allowed to pursue studies in literature. Nevertheless, by the 1950s, he had established a circle of literary friends who were opposed to the totalitarian regime and wrote works despite being banned from publication.

By the end of the 1950s, when the atmosphere in the entire Eastern Bloc somewhat relaxed, Vaclav Havel was allowed to work in theaters and started writing plays. His works, inspired by Absurdist playwrights such as Eugene Ionesco and Samuel Beckett, mocked the structures of the communist system.

"In his plays he expressed his own experience with the absurdity of the system, showing how language no longer functions as a proper means of communication in a totalitarian regime," literary scholar Zuzana Jürgens told DW. 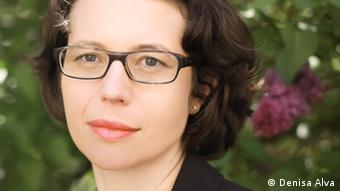 He became internationally renowned thanks to his plays The Garden Party (1963) and The Memo (1965); he was even allowed to travel abroad for the premiere of his works.

Following his involvement in the 1968 Prague Spring reform demands, he was banned from publishing and working in theater, which in return led him to become more politically active. "With his fame, as well as the ideas he stood for, he became in the mid-1970s the unofficial leader of the Czech dissidence and underground," pointed out Jürgens, who also co-organized of the exhibition program in Frankfurt.

That role was cemented through the Charter 77 manifesto that criticized the government and called for the respect of human rights in Czechoslovakia. The underground publication co-authored by Havel was published in several major western newspapers. The manifesto and his 1978 political essay The Power of the Powerless led to a prison sentence of four and half years for "subversion" against the state in 1979.

Altogether, he spent nearly eight years in prison, with his final sentence assigned in 1989.

Revisiting his legacy of truth and humor

"I find that along with his plays, his essays Living in Truth and Words on Words are classics that belong in school books," political scholar Hans Maier, who was on the jury that awarded Havel the Peace Prize in 1989, told DW. 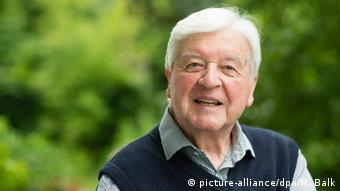 The German political scholar Hans Maier was on the jury that awarded Havel the Peace Prize in 1989.

Havel wrote Words on Words as his acceptance speech for the award. The 30th anniversary of the prize and of the Velvet Revolution offers an opportunity to reflect on the legacy of the statesman who died in 2011.

"Politics cannot be equated with truth, but without truth, politics are not only incomprehensible, in the long run, they land in lies and all trust is lost. This interdependence of politics and truth is what I see as Havel's legacy," said Maier, who is also taking part in the commemorative panel held on October 18.

Never being afraid, being open to the foreign and humor are three of Havel's values that should inspire us today, said Zuzana Jürgens.

The fact that he experienced first-hand what it meant to be forbidden to study or work, and to land in prison simply for having written something "led him to develop his strong awareness for human rights which he strongly applied in his politics," added Jürgens.

These convictions are not necessarily shared by all Czechs today, however. The term "havloid" is used by opponents as an insult, pointed out Jürgens.

"Critics accuse him of being too idealistic, too pro-European and too cosmopolitan, and not enough of a patriot or a nationalist," said Michael Zantovsky, who is now director of the Vaclav Havel Library.

Still, Zantovsky notices that interest in Havel's legacy is increasing, especially among the young people, "because it's such a rare type of politics these days. They are looking for models, for someone who does not see politics just as a way to power and personal enrichment – and Havel is such a man."

Zantovsky also underlines three essential aspects of Havel's legacy: "One value that we always come back to is hope. He was someone who epitomized hope, not just in his work, but in his life." 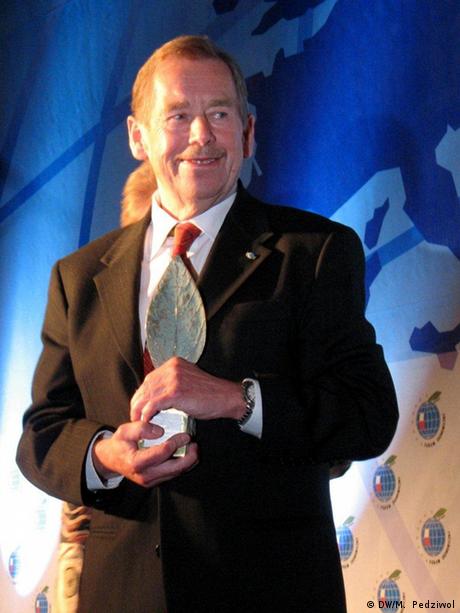 "Hope is not the conviction that something will turn out well, but the certainty that something makes sense regardless of how it turns out." – Vaclav Havel

Secondly, added the former political adviser, "he deeply believed in the personal responsibility of an individual for the world around him and for bearing witness to that responsibility."

"And third, he was aware of the corruptive effects of power. He once said that the moment he became the president, he became suspect to himself. If all politicians told that to themselves at least once a day, the world could be a better place."

The Council of Europe has awarded its prestigious annual human rights award to imprisoned Uighur activist Ilham Tohti. It has also jointly honored the Balkan-based Youth Initiative for Human Rights. (30.09.2019)

The Frankfurt Book Fair offers five days filled with books, cultural events and discussions. Here's more about a literary train, the dreams we carry, a vigil for human rights — and 93 awards. (16.10.2019)

With Norway as the country of honor, more than a few Norwegian authors are in the spotlight at the world's largest trade fair for books. But a number of international bestselling writers are expected as well. (15.10.2019)